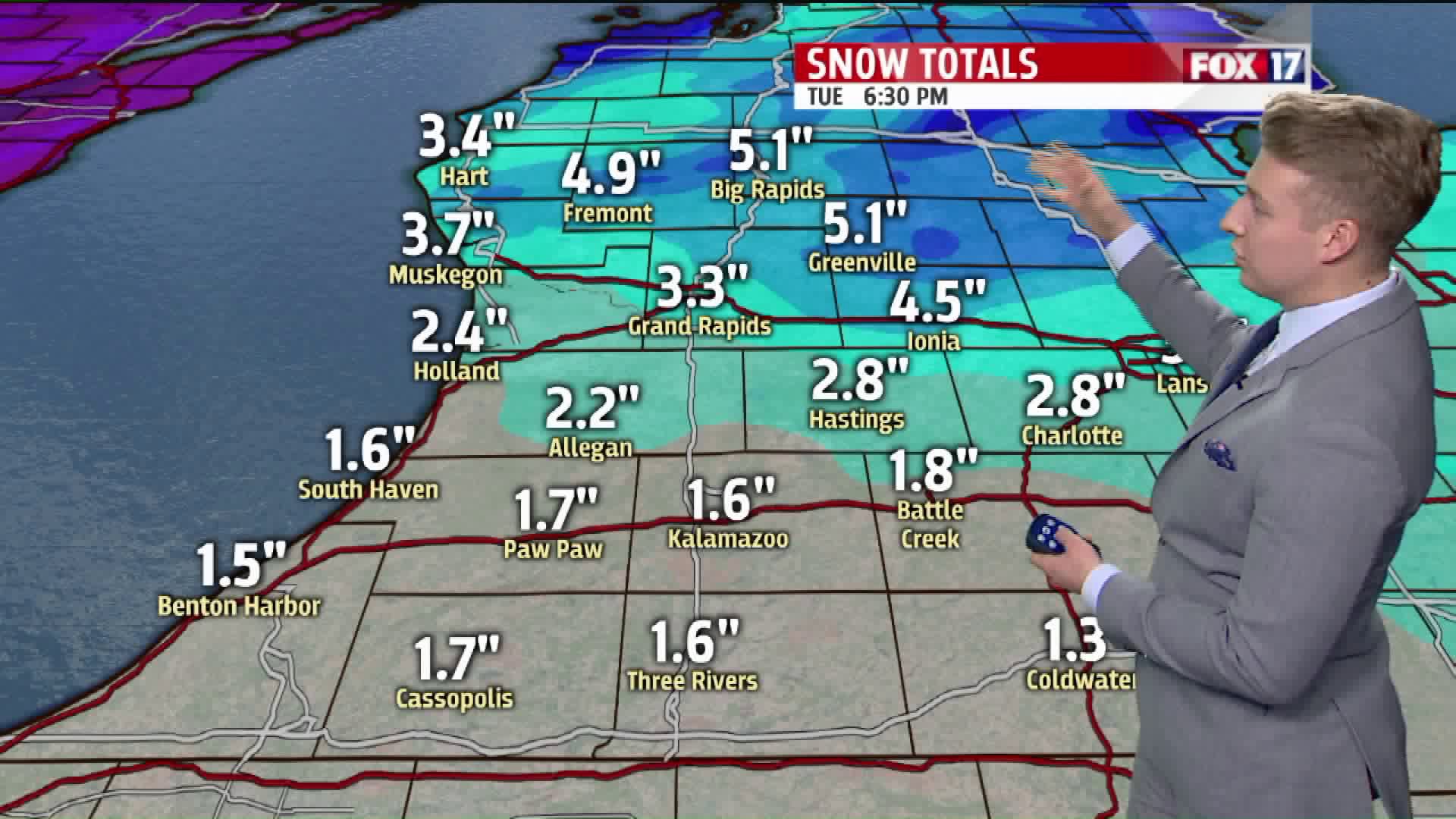 WEST MICHIGAN -- Although 1-3 inches of light snow will fall on Sunday, all eyes are currently on another major winter storm that will act eerily similar to the ice event we had Wednesday and Thursday of last week.

West Michigan's next major winter storm will begin late Monday and stretch through Tuesday. Though details on who will see the heaviest ice and snow still need to be ironed out as we get closer, another hazardous winter storm looks certain.

The storm will slowly push ice and snow in from the south late Monday evening, continuing into Tuesday morning. Those south of I-96 could change over to rain, which would cut down on impacts somewhat but it appears as though that those along and north of I-96, who got hit the hardest from the last winter storm, could stay as primarily snow and ice. The first part of the storm will wrap up Tuesday afternoon. On Tuesday night into Wednesday morning, lake enhanced and lake effect snow returns, potentially putting down several more inches of snow.

Winds also look to be an issue with this storm, especially where ice and snow is the heaviest. Winds could gust 35-45 mph at times, which would easily bring down trees and power lines that are weighed down by another round of snow and ice.

Ice accumulations area wide could range once again from one tenth of an inch to a quarter of an inch. One model, the NAM model, has a stripe of a quarter to a half an inch of ice along and north of I-94, which would be highly disruptive and could once again result in extensive power outages. Snowfall amounts at this time look range between 1-4" north of I-94.

Timing of this storm, snow and ice accumulation numbers will likely change over the coming days as this system tracks closer. Stay with FOX17 news on air, on social media and on our website for continued updates on West Michigan's next winter storm.