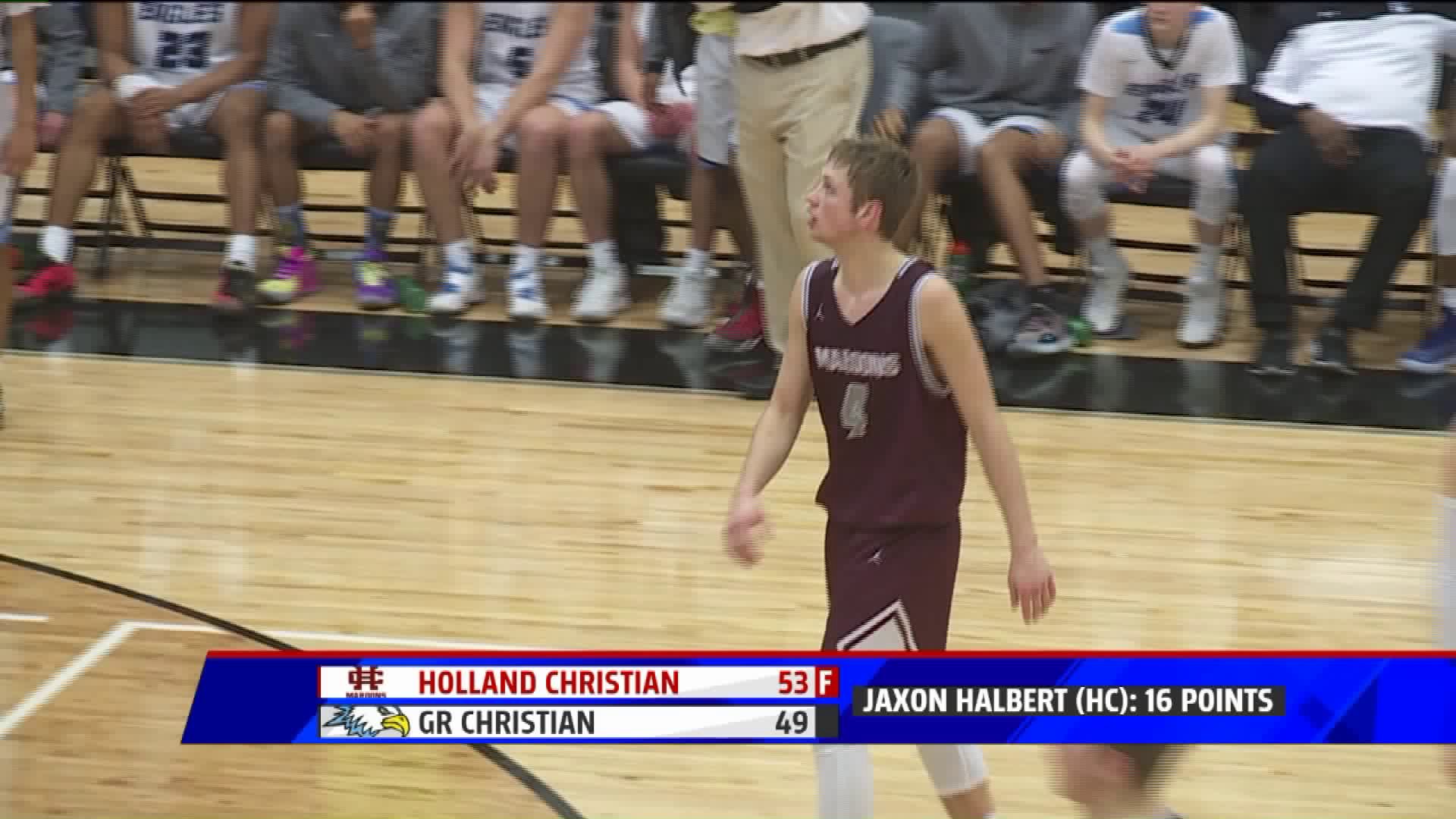 HOLLAND, Mich -- In Friday night's loss to Zeeland West, Holland Christian starter and junior guard Ethan Alderink left due to an ankle injury. The Maroons were without not only Alderink but two other starters when they took on Grand Rapids Christian on Saturday afternoon. Junior guard Jaxon Halbert hit three triples in the opening half and added another in the second half, totaling a game-high 16 points to help lead Holland Christian to the win while senior Vince Overway hit four free throws in the final minute to ice the game.

All in all, it wasn't easy for the Maroons to take on the Eagles without some key players.

"It was really tough especially on a one day prep," head coach David Kool said, "we played last night, then you come in to play at Grand Rapids Christian. We put together something we thought would work to slow these guys down and the guys executed to perfection."

"Holy cow," Halbert said, "we had to make some major adjustments, the whole team played well, they adjusted to it well and the starters that weren't able to play are good motivators on the bench."