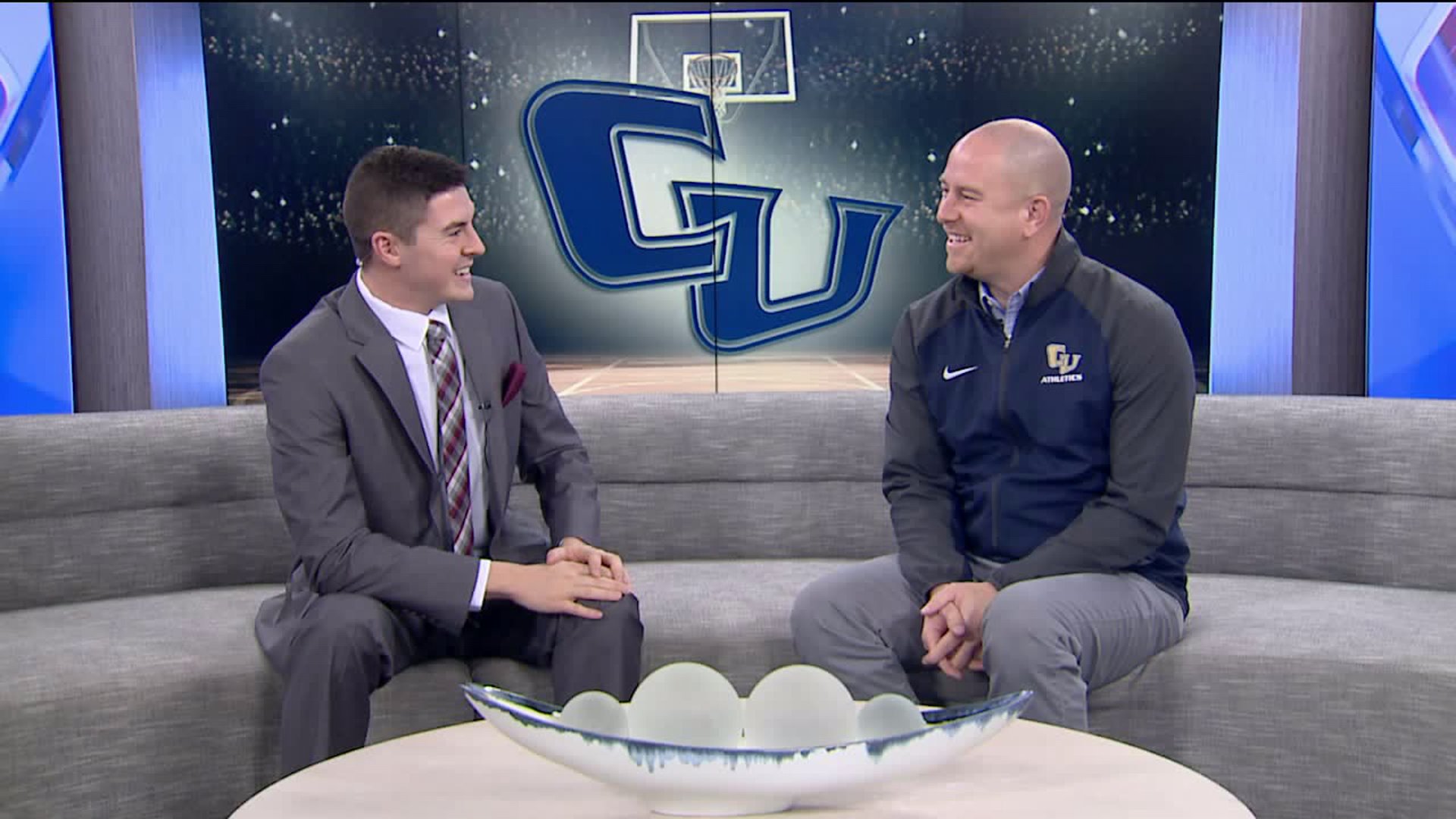 GRAND RAPIDS, Mich -- Cornerstone athletics are enjoying some success in the winter season with the men's basketball team clinching at least a share of their 11th regular season conference championship while the bowling team is climbing up the rankings as well. Aaron Sagraves took over as Golden Eagles athletic director back in December after a long stint as the Assistant AD for Communications and is still adjusting to his new role, he joined us in studio to give us a glimpse of his long-term and short-term goals for the university's athletic programs.