Groundwater in Ottawa Co. is drying up, conservation at all-time high 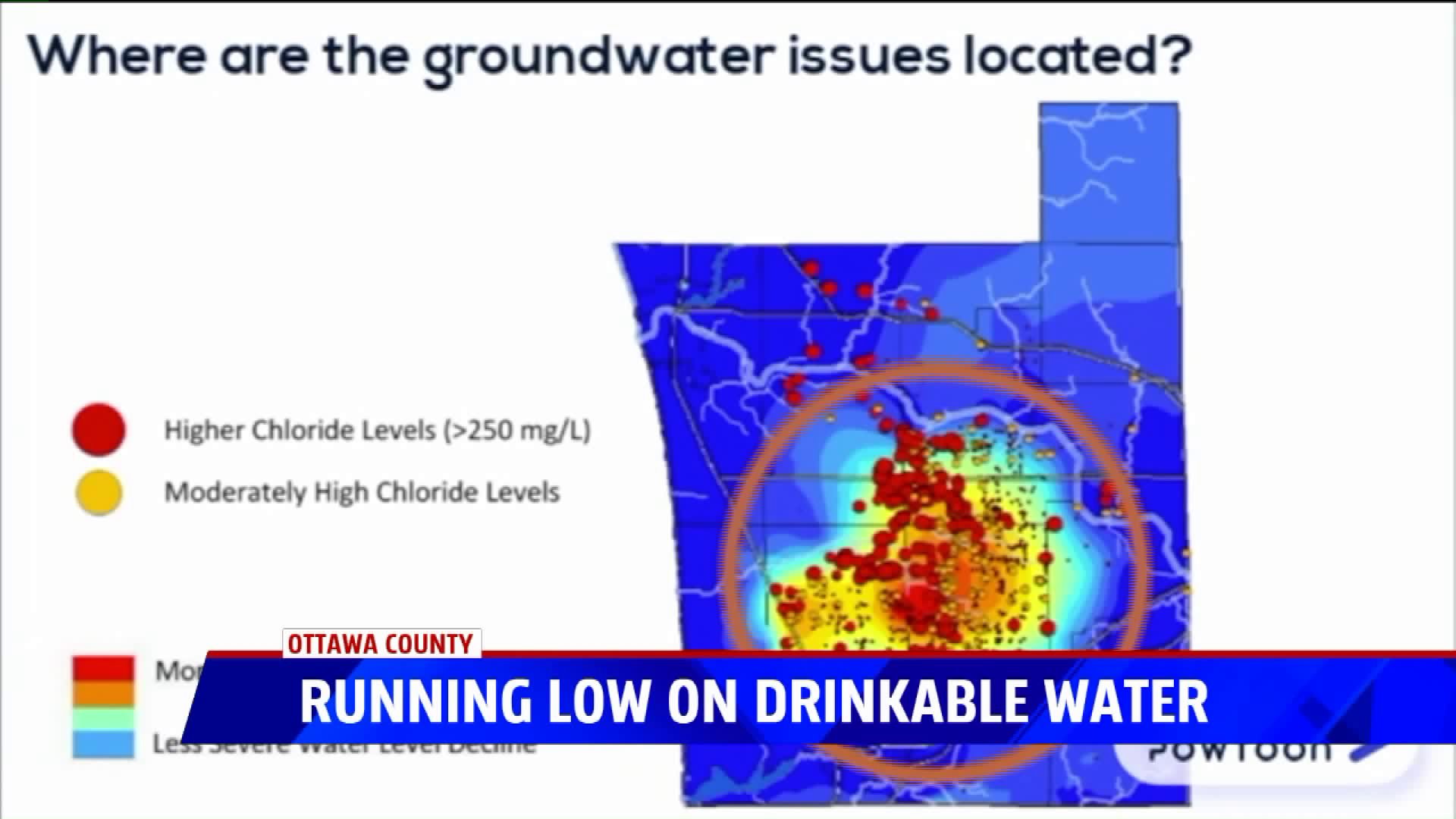 OTTAWA COUNTY, Mich. - The groundwater is drying up in five communities throughout Ottawa County, and state agencies are getting the word out while preparing for the worst.

Paul Sachs, Ottawa County's Director of Planning and Performance Improvement says it's important to know this has nothing to do with Nestle's contract pulling water from aquifers more than 100 miles North of the problem area.

"We have the worst geology under our feet in Ottawa County," Sachs said.

Sachs and his colleagues have been studying the Marshall formation with researchers at Michigan State University for the past seven years, now getting the word out in an effort to proactively plan and ensure people have future access to groundwater.

"We have learned that our water levels in that deep bedrock formation are depleting faster than that system can be recharged," Sachs said. "The issue lies in the clay layers that limit fresh water from soaking down into the earth and recharging aquifers."

Over the last 40 years economic growth in Ottawa Co. has skyrocketed. A booming industrial business sector coupled with newly built housing developments have contributed to the problem. Sachs says that the county has not been able to sustain the growth in this area given the poor geological structure.

Most anyone using a well in Allendale, Zeeland, Blendon, Robinson, and Olive townships are now facing two big problems. "As water levels continue to drop in that system, not only could some wells go dry if communities don’t go deeper, but if they do start to go deeper that chloride in the water could become richer, thicker, and start being pumped up."

This means people drinking from wells in Ottawa County could already be drinking salty water, which corrodes plumbing, damages crops, and potentially causes adverse health affects. Researchers say the Marshall aquifer has already dropped an historic 40 feet since the study began in 2012 and could drop another 20 feet by 2035.

"This is very serious," Sachs said. "We need to start thinking about water consumption and conservation differently."

In the near future, residents may be asked to start taking shorter showers and to not use potable drinking water to wash the car or water the lawn. Sachs says he and his team have created a list of more than 50 strategies, including the use of new technologies and requests for future funding for further research. Sachs says the cost of the study was about $450,000, but he hopes to extend the research to further understand the problem.

"Even though you see water everywhere around us in West Michigan, it is not limitless."