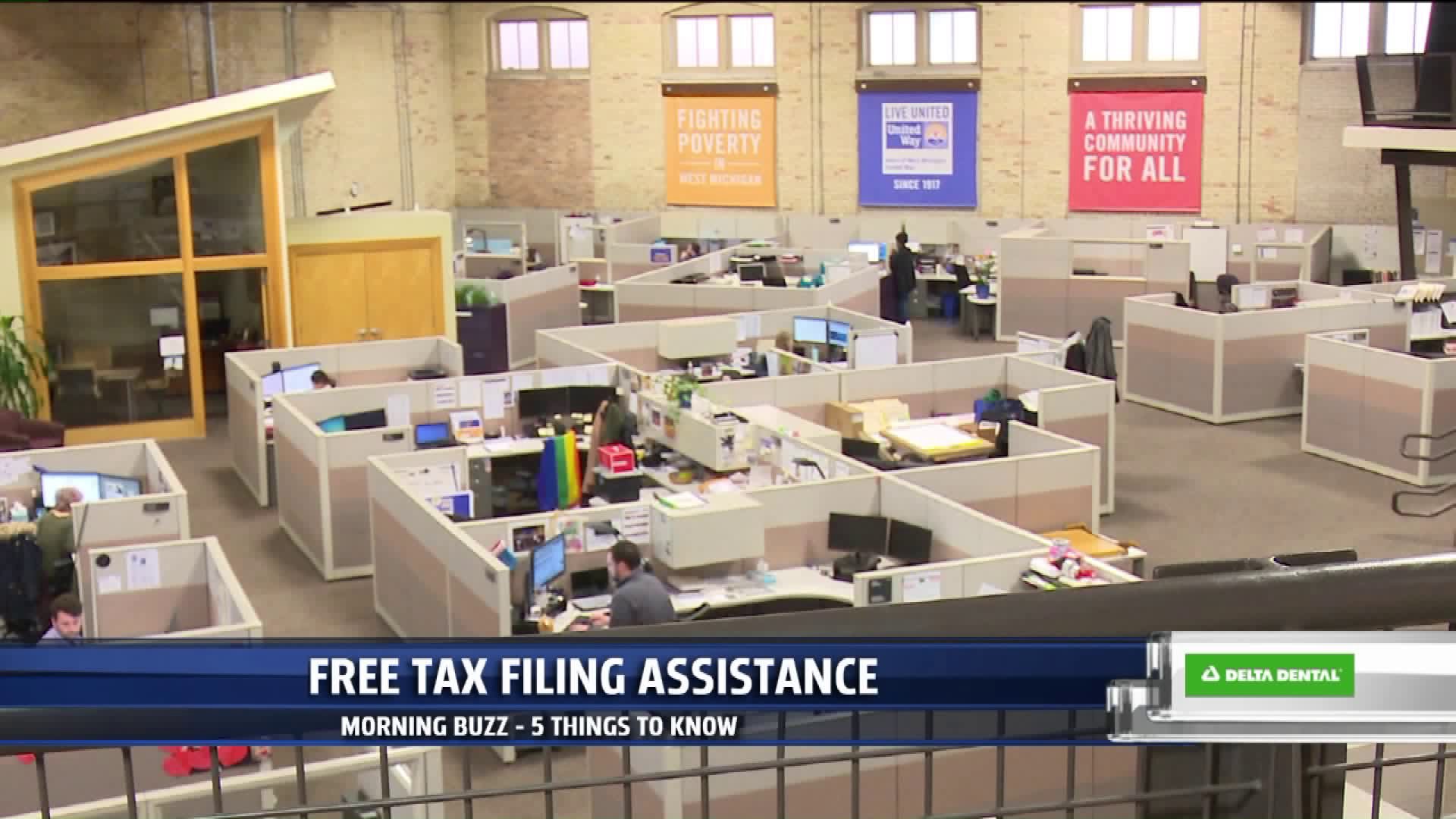 1. It's Tax Season, but don't let it be financially taxing on your wallet. United Way of West Michigan is offering free filing assistance to anyone who makes less than $55K per year.

The organization will have tax professionals on site to help prep and file their taxes, all while answering any questions you have.

There will be a free session tomorrow at the Steelcase Learning and Innovation Center in Grand Rapids from 3 p.m. to 8 p.m.

Bring W-2's, ID, Social Security Card, and any other important documents to file.

Call the United Way at 211 for any assistance needed.

2. Early tax filers are seeing smaller average refunds this year. The Internal Revenue Service says the average refund so far is down about 8 percent, under the first full year of the overhauled tax code.

The overhaul ushered in the most sweeping changes to the tax code in three decades.

3. Some companies are looking to help employees beat the winter blues with Winter Fridays.

It's similar to Summer Fridays, businesses are allowing their employees to get their weekend started early during the winter months as a way to have better life balance.

Companies believe the longer weekends will help employees be more productive and more engaged at work, and they will be more successful in the long-run.

4. Coca-Cola fans finally have a new flavor to try from their favorite pop, and it's the first one they've released in over a decade.

The company says it wanted to "bring back positive memories of carefree summer days" with the launch.

5. There'll soon be a new breakfast option to go go along with morning coffee.

McDonald's is unveiling Donut Sticks! Starting February 20, for a limited time, customers can get donut sticks and a McCafe coffee during breakfast hours at participating restaurants nationwide.

They can be purchased by the full or half-dozen. The Donut Sticks are sprinkled with cinnamon sugar with a crunchy outside and soft, doughy inside.