Parents urged to contact lawmakers over abundance of snow days 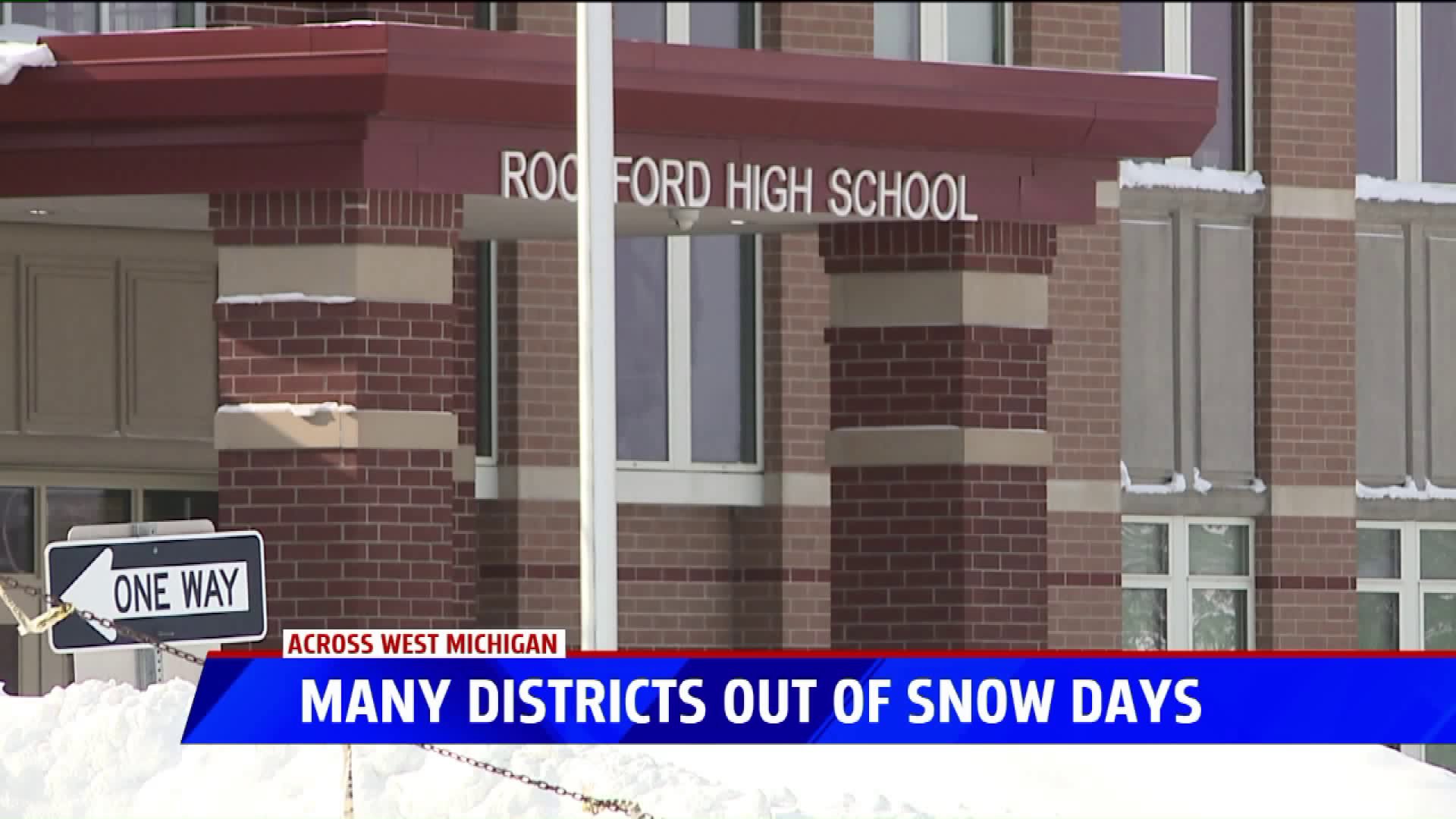 WEST MICHIGAN-- As we brace for more school delays and cancellations this week, local superintendents are speaking out as many schools have run out of excusable snow days.

In fact, so far this year, Rockford Public Schools has had 14 snow days and has already used its six forgiven days.

Rockford joins the list of school districts across the state, now seeking additional snow days, while also warning parents about a longer school year if that doesn't happen.

Superintendent Michael Shibler tells parents he understands many families have summer vacations and many students have jobs, but they may have to make up days at the end of the school year. He is urging parents to contact their local legislators as Governor Whitmer is the only one who can forgive the missed days without penalty.

It's the same situation for students at Muskegon Public Schools, which has already used its six snow days for the year. Their superintendent sent an open letter last week, warning parents that the school year will likely run into summer break.

The district says closing school is a difficult decision, but student, teacher and bus driver safety is always its first priority.

With more ice on the way, the district says it will never make a decision to cancel class based off how any days have already been canceled.

State lawmakers may meet to discuss how to handle snow days moving forward. School districts are now asking you to contact your state representative to encourage them to excuse additional snow days.