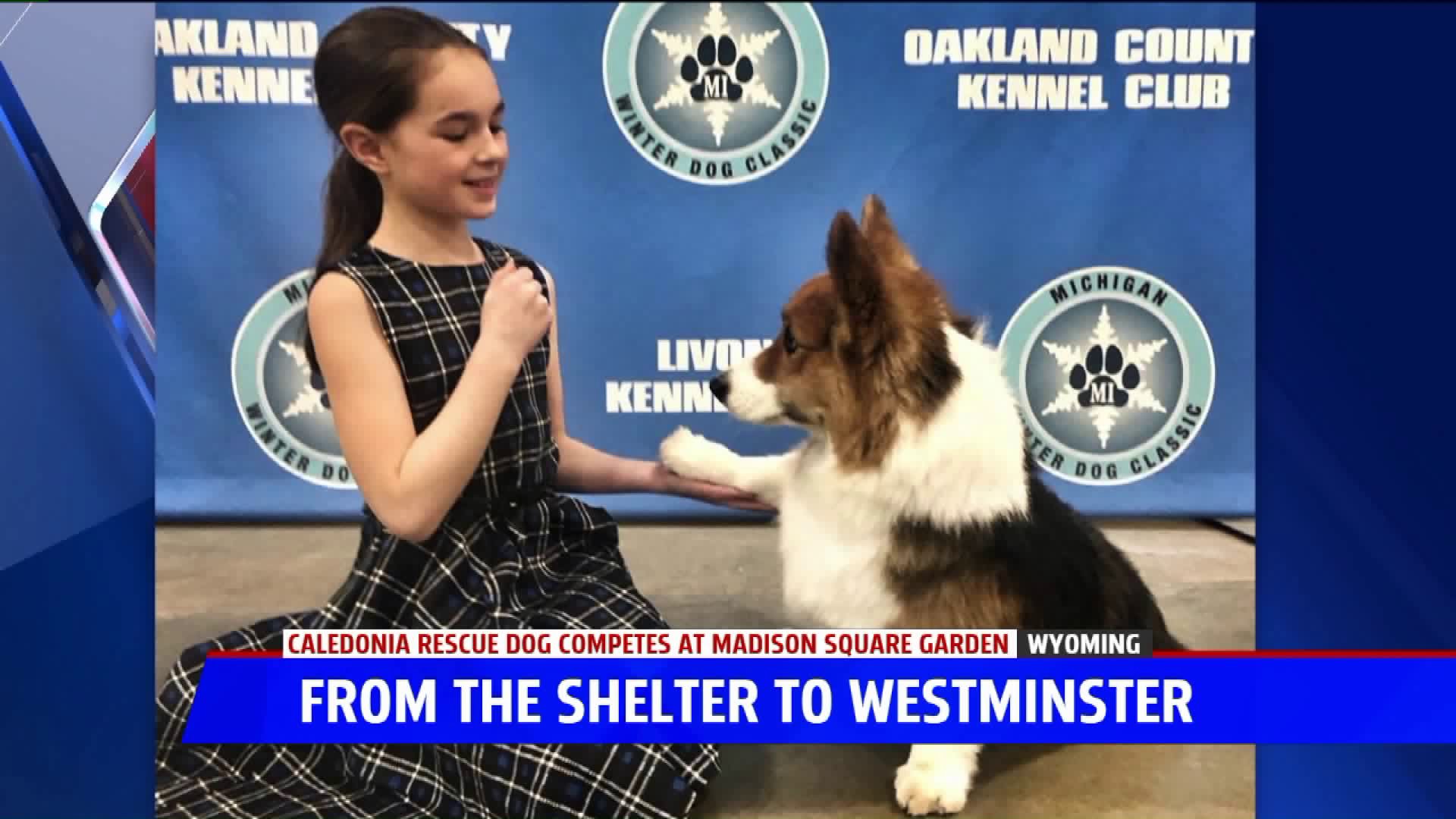 MIDDLEVILLE, Mich. — From West Michigan all the way to Westminster Dog Show: on Tuesday, a Kent County dog strutted across the stage at Madison Square Garden competing for 'Best in Show'.

Morgan Scandura adopted their corgi, Pogo, four years ago from a shelter hundreds of miles away.

On Tuesday, her 11 year-old daughter Riley Dean, showed Pogo in the Junior Showman Finals at the Westminster Dog Show.

While they didn’t take home the top prize, Riley and Pogo still have so much more.

Four years ago, Morgan Scandura saw a picture of sad puppy eyes on Facebook from a shelter in Ohio.

"I actually saw a picture of him posted in a rescue Facebook group and so it was just a little mugshot of his face,"said Scandura. "I drove 15 hours round trip and went and picked him up."

They traveled from Middleville all the way to Brown County, Ohio.

"When we got him in 2014, it was just for a family pet," said Scandura. "He was a surprise for Riley and he was just her buddy and for a few years that’s all he was and that’s the most important thing. We take him camping with us, kayaking, he’s a family dog first."

Riley was showing horses at the time, but when her horse went lame and she couldn’t do that anymore, she started showing Pogo.

"We started showing the dog and we first did a little bit of 4-H and then we jumped into (American Kennel Club) and he picked it up pretty quick, like he knew if he stood and put his ears up, he would get a treat," said Riley.

On Tuesday, Riley led Pogo in the ring at Madison Square Garden, competing against five other contestants all under the age of 18 and their dogs.

Even though they didn’t take home the title, Scandura says the experience these two share together is worth so much more.

"We’re here for the experience and the fun and that’s the most important thing," said Scandura. "Pogo, to go from a shelter to here at Westminster is just crazy so we’re so grateful that she’s made it this far. Every moment that she has in the ring with him is just a blessing so we’re just here to have fun.”

The winner was Madeline Beuhler and her pug from Missouri.