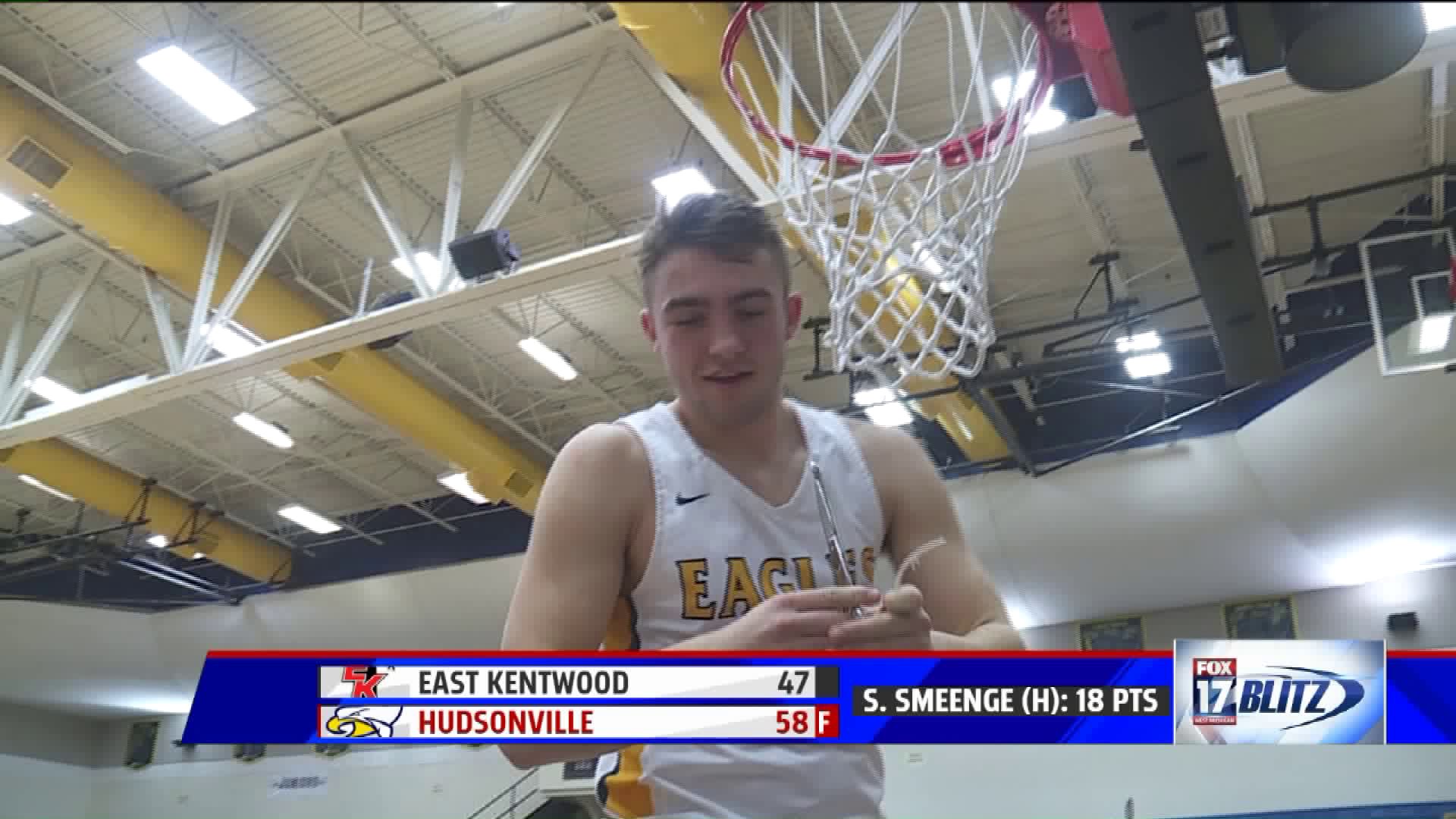 HUDSONVILLE, Mich -- After leading 26-17 at the half, the Hudsonville boys basketball team continued that success in the second half. The Eagles enjoyed a 42-35 lead at the end of the third quarter before a minute long possession led to a Zach Moore three in the corner to extend the lead to ten. Stone Smeenge recorded the game-high 18 points to help the Eagles pull away down the stretch to get the 58-47 win. Hudsonville improves to 15-2 overall and 9-1 in conference play.

"It means we have a share of the league championship," head coach Eric Elliott smiled, "obviously, our goal is to win it outright but we have two really tough games to go. To get a share of the title is a nice feeling."

"It means everything," Smeenge said, "this is what we've been working for, all the hard practices and everything now we just need to look forward and get ready for districts."

After beating East Kentwood, 71-47 on the road on January 15, the Eagles now have the season sweep over their OK Red foe.

"They're a tough guard," Elliott added, "their two guards [Ryel Daye and Jamoni Jones] are as good as there are in the area and it's tough to keep them in front. We made enough shots to keep a nice cushion."

The Eagles have two more conference games left at Rockford and at West Ottawa.