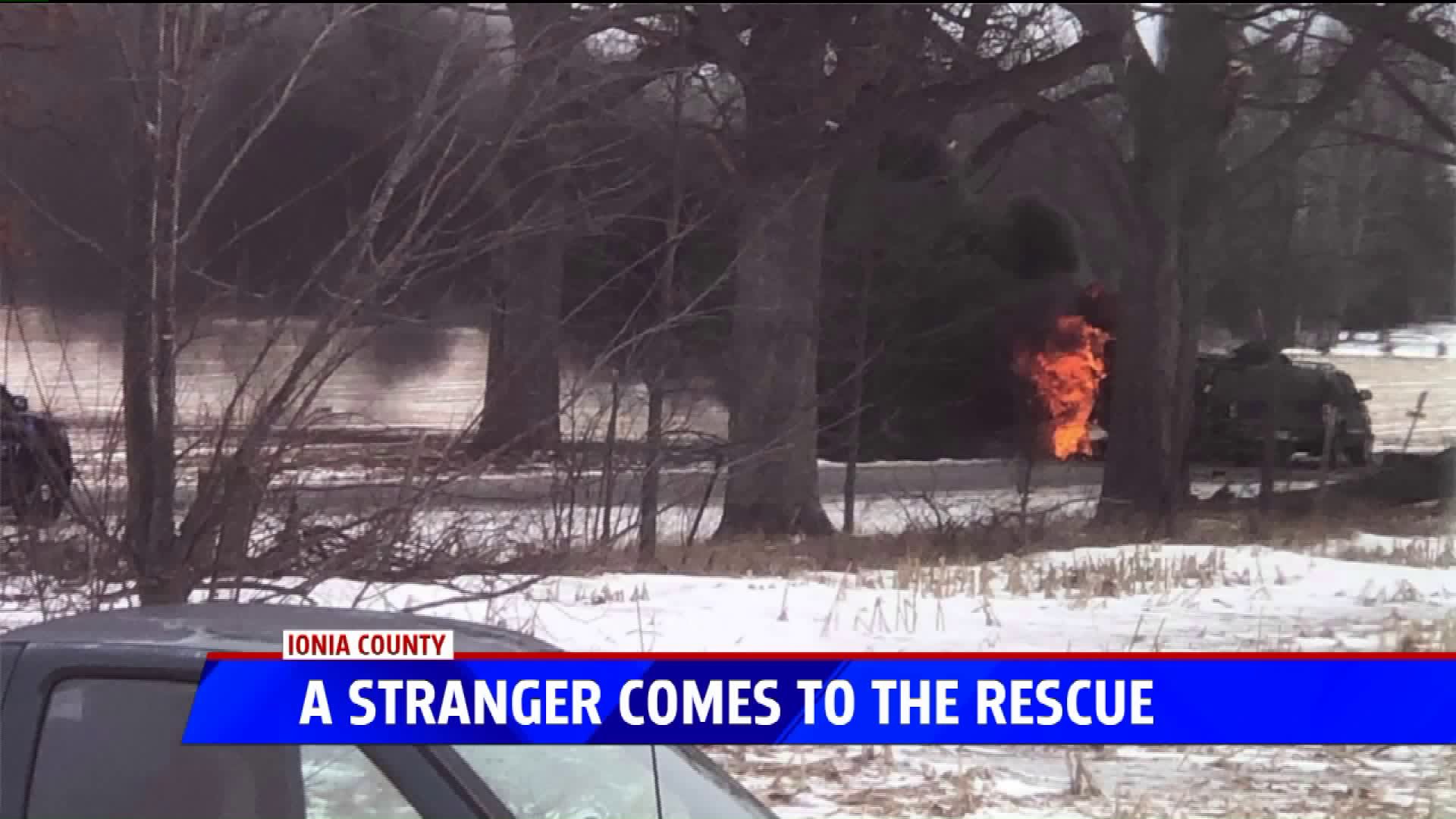 IONIA, Mich. — A man who saved the life of a driver who had just been in a crash says he was meant to be on the road Sunday in Ionia.

Curtis Osbourne was driving on Stage Road, a different route than he usually takes, to visit his mother when he saw smoke and flames in the distance, and decided he had to go check on what was going on.

"We seen the kid that was covered on the side of the road and it's hard not to be teary because him being 20 years old, I'm 29 I seen myself nine years ago, laying on that cement," Osborne said.

Authorities say 20-year-old Zeke Zander was attempting to pass another vehicle around noon Sunday, but when he collided with the other vehicle when he returned to the lane, sending his truck into a tree.

The driver of the other vehicle in the crash took Zander out of his truck, but Osborne was concerned he was too close to the blaze.

"When a car is on fire, if it hits a gas tank it's blowing up, and he was only 50 feet from the car," Osborne said.

He wrapped him in a blanket and carried him to a car to stay warm while they waited for the ambulance.

Osborne says his act of kindness was what he would want someone to do for him.

"I've been in that situation, so I know what Zeke's going through," he said.

"He looks roughed up, but ya know, he's alive and that's thanks to Curtis," said Tiffany Hoppes, Zander's mom. "I just want to say thank you to Curtis, and you know he really did save Zeke's life and we're really grateful, ya know, forever grateful."

Police say it is too early to tell what caused the crash.

Zander is in the hospital with bruises and a broken leg but is expected to be OK.