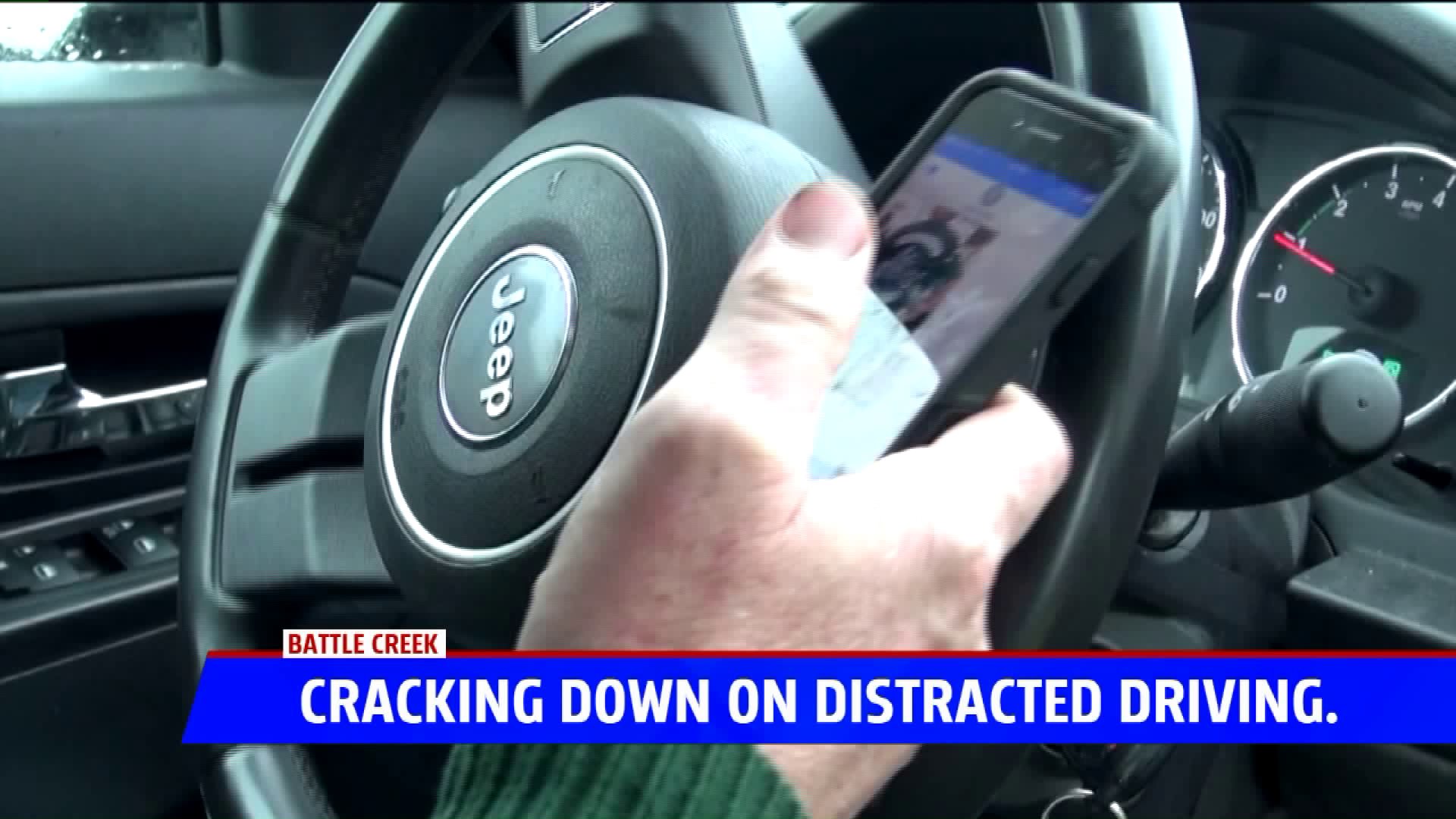 Battle Creek cracking down on cell phone use and driving

BATTLE CREEK, Mich. -- Anyone caught holding a cell phone while driving in Battle Creek will soon be issued a ticket.

"The current law in the State of Michigan talks about distracted driving but it's written very specific to texting," said Chief Jim Blocker with the Battle Creek Police Department. "This is more specific to just the broad use of manipulating your cell phone in your hand or perhaps in your lap."

The City of Battle Creek approved the new ordinance on February 5. It prohibits drivers from using their cell phones to scroll, type and talk while operating a motor  vehicle. The goal, he said, is road safety.

"In 2017 there was 126 vehicle accidents," Chief Blocker said during an interview at headquarters. "Eight percent of those were distracted drivers."

The new law will take effect on February 15 and will only cover areas inside the city limits of Battle Creek, he said. Signs will be put up at the city's entry points warning drivers to keep their hands free while on the road. Blocker suggested drivers purchase car devices that will allow them to do that.

"There are a lot of secondary products out there that you can attach your cell phone to let’s say a vent," Chief Blocker said.

According to a press release from the city, not all are affected by the new law. Radio operators licensed by the FCC, police, fire and other driving emergency vehicles while on the job and anyone reporting a crash, medical emergency or road hazard are exempt from the ordinance.

However, for anyone else, Chief Blocker recommends keeping your focus forward.

"There's certainly nothing more horrifying for a driver [than] to have an incident that’s such a near-miss and it's all because you just took your eyes off the road for that millisecond," Chief Blocker said. "This is just one more intent of this community to try to make it a safer place."

More details can be found at the city's website.