Ravenna high schooler beats the odds, bowling on one leg 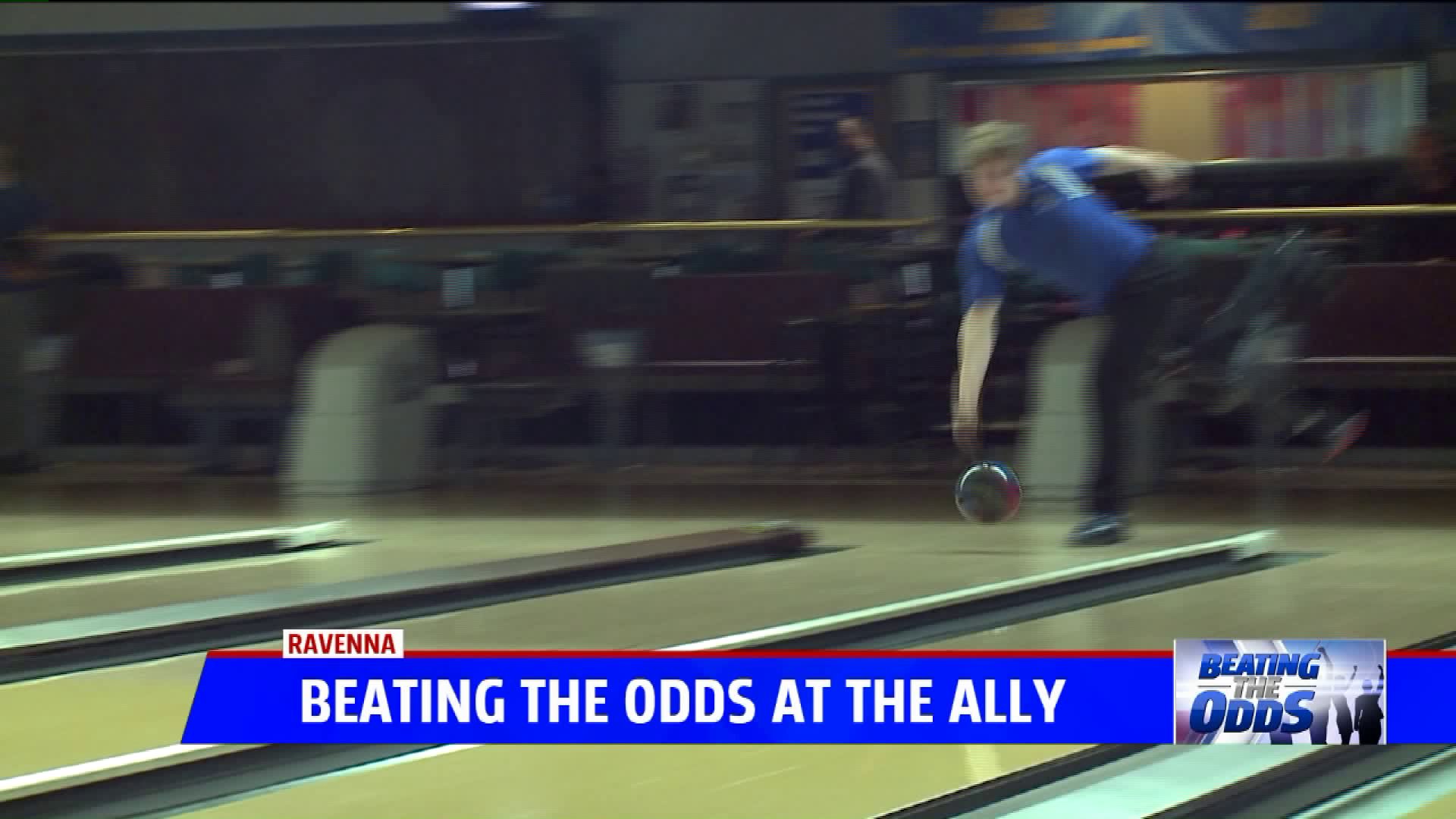 Years later, and not much has changed. Place says you can always find him at the lanes.

"I bowl for high school and then I bowl on weekends with my buddies, so I’m bowling probably three, four days a week," Place told FOX 17.

It’s a regimen almost nothing could stop, until two weeks ago.

That accident landed him with a broken fibula, dislocated ankle and tears in all of his ankle tendons. It looked like the rest of Place's season was in the gutter.

"The first thing I thought of was bowling. I looked at my ankle and I was like, ‘oh gosh, my bowling is done'," reflects Place.

And it was, for a brief time, until Place's mother found a device online called the iWalk 2.0.  The device straps to an individual's knee, so that no pressure is on the foot, and the individual may walk.

Place's adjustment with the technology took time. Bowling on one leg meant a complete change in technique and balance, but Place kept working at it.  Monday night, he strapped into the iWALK 2.0 and took home two medals in the all-area conference tournament.

It’s a story of beating the odds, and for those who stop to watch, Place says he hopes they’ll push through too.

"Some of them are in shock, they’re like ‘How is this kid bowling?’ others are all for it like, ‘Yes, get back out there, just keep doing it!’ So I just say don’t give up, keep pushing, try to do your best no matter what happens."

Derek Place's next tournament will be regionals at the end of February, and if that goes well, he’ll be on his way to states.  He'll compete in both of those tournaments with the iWALK 2.0 on.