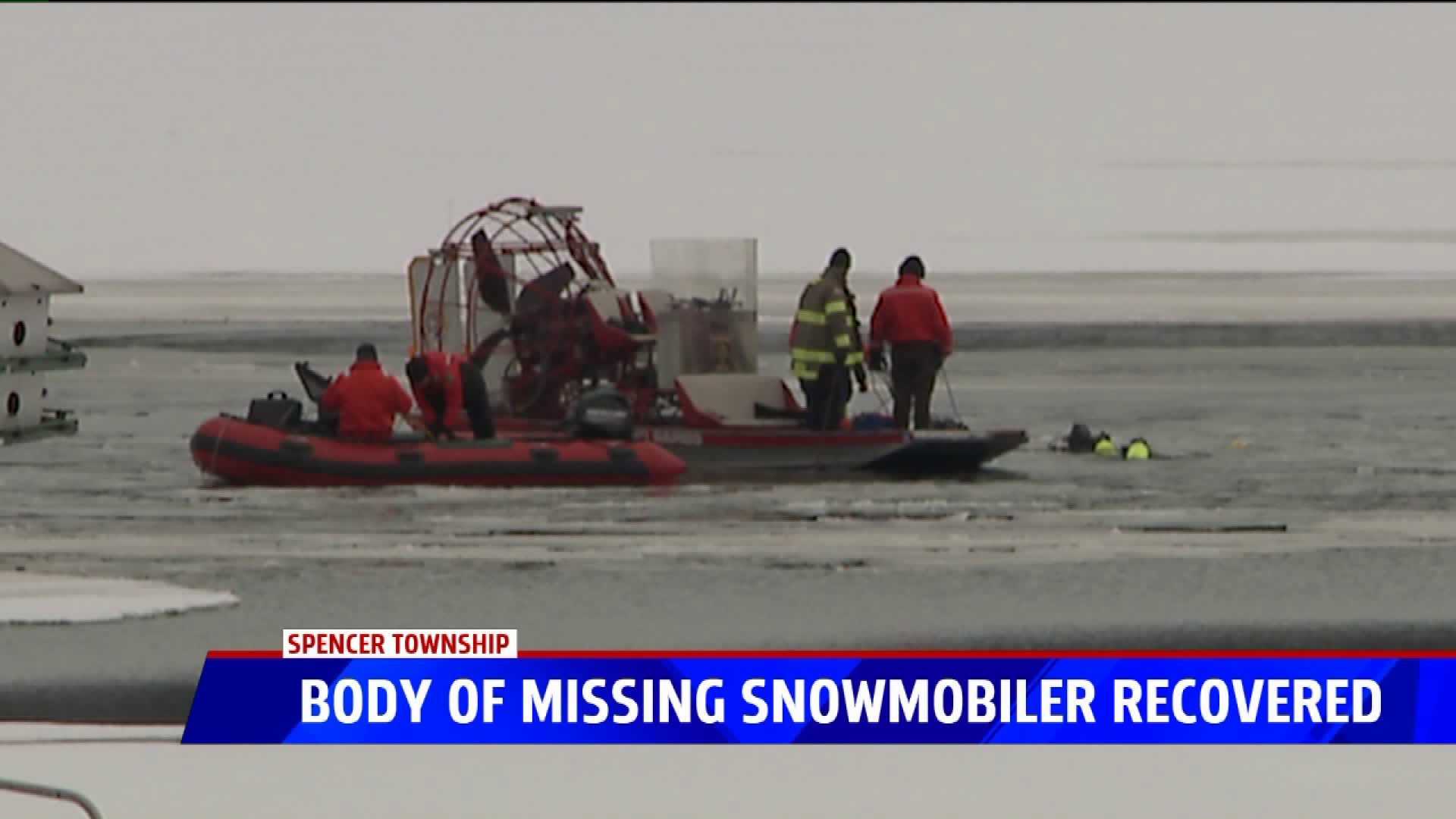 SPENCER TOWNSHIP, Mich. -- The body of a snowmobiler missing since Wednesday evening, has been found in Lincoln Lake.

The Kent County Sheriff's Office says this afternoon they were able to locate Joseph Scott Brown in about 60 feet of water. The depth, and other conditions made it difficult for the recovery crew to try to find his body. A snowmobile left on the ice, and a piece of clothing helped narrow the search area.

The Brown family has been notified about the discovery, and says it's an awful tragedy. They also tell FOX 17 that Joseph knew the lake well.

The 29-year-old was driving a snowmobile about 10:30 p.m. Wednesday night when he apparently fell through the ice into the lake. A second man on another snowmobile was rescued by hovercraft after calling 911 while stranded on a floating piece of ice.

Crews had to use a hovercraft and an underwater robot with an infrared camera to help in their search. Cold lake temperatures kept the dive team from going in until the sonar and camera located the body.

Officials say that the use of alcohol or drugs do not appear to be factors in the incident. They say that a clear creek which flows into Lincoln Lake keeps a portion of it from freezing over.