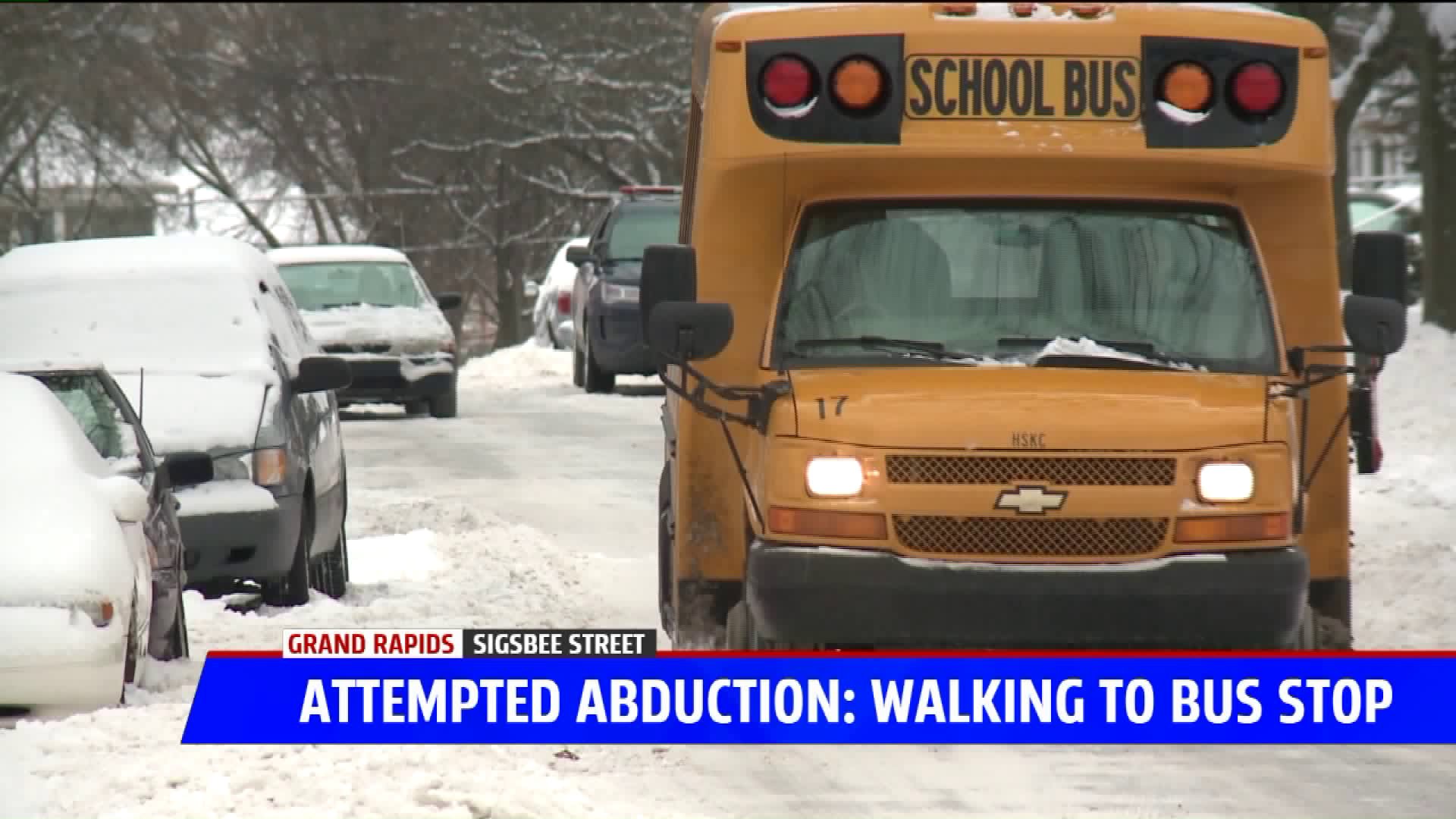 Police say a 14-year-old girl and her 12-year-old brother left their residence in the 800 block of Sigsbee Street around 6:30 a.m. Wednesday to walk to their bus stop.

On the way there, they were approached by a man on Sigsbee Street between Diamond and Barth Avenues. The suspect offered to drive the children to school and grabbed the girl by the neck after they hesitated.

Police say an unknown resident in the area yelled at the suspect and he drove away in a dark colored passenger vehicle.

"We're really hoping (the resident) will come forward and we can talk to them and hopefully get some more information," said GRPD Sgt. Dan Adams.

GRPD will have extra patrols in the area to ensure the safety of students.

"We will throw all resources we have available to a case like this," Adams said. "Detectives have been working around the clock on this since the call came and and will continue to, following up on any lead we can get."

Anyone with information on the incident is asked to call Grand Rapids police or Silent Observer.