Kalamazoo-area families enjoy the snow with sleds and shovels 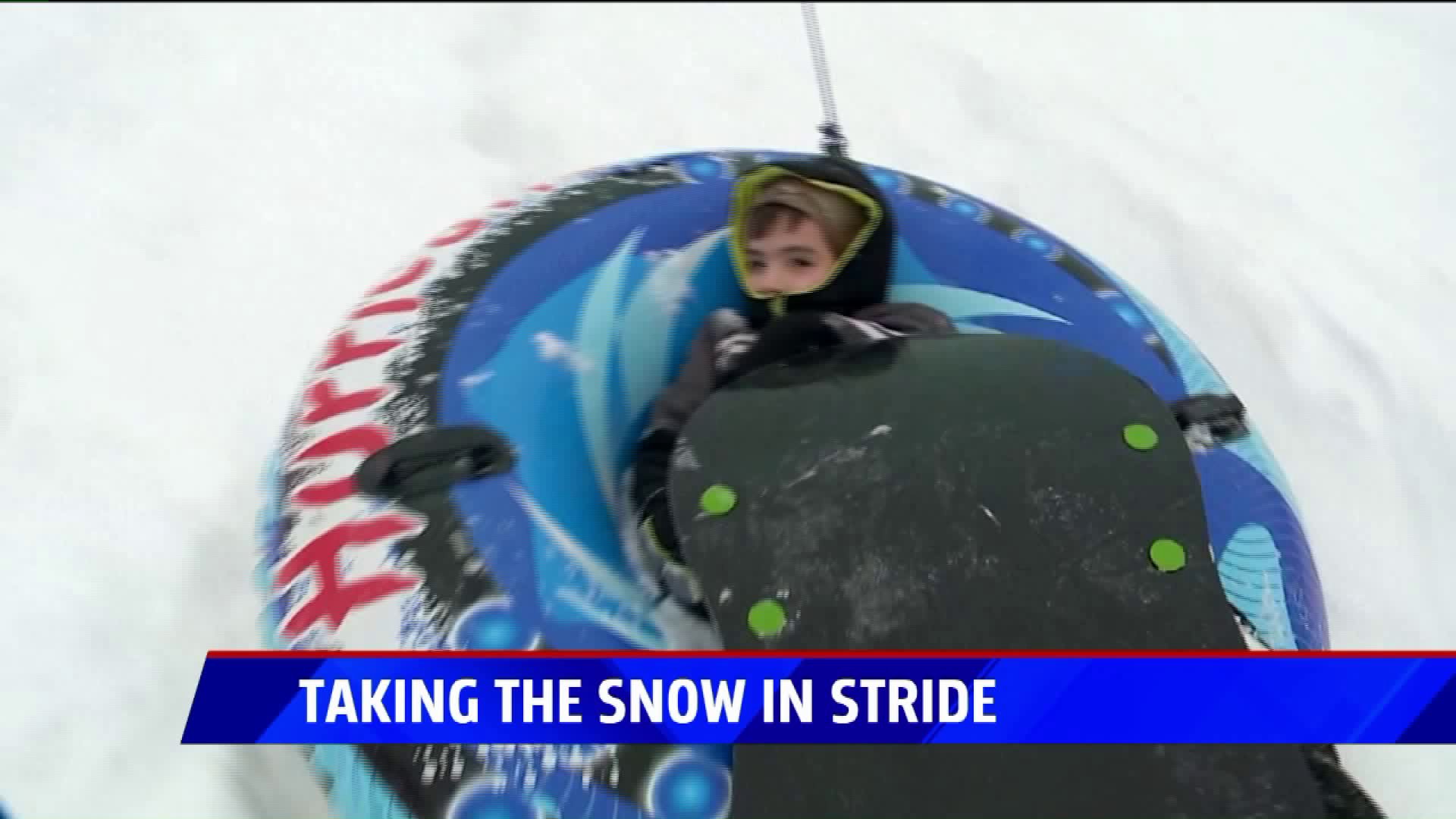 Sledding n shoveling a thing to do when snow hits Kalamazoo

KALAMAZOO, Mich. — Before Channing Harp went down the snowy hill, her father warned her that she was going to move side-to-side during the descent. He advised her to stay balanced.

Channing smiled at him, hopped into her pink sled, and went down the hill screaming.

“It is so much fun,” Channing said, "because you get to go down the hills very, very,  very fast.”

Channing’s father Anthony said she had been begging to go sledding for a while. Last week it was too frigid to venture outside, so they didn’t try. But as soon as it warmed up,  he took the day off Wednesday and took her to Milham Park Golf Course.

“Today is an excellent day to come out for sledding,” Anthony said. “We’re out here enjoying the outdoors.”

The Harps were among the several families sledding on the hills at the golf course. Noah Briggs, 11, said it’s his family's favorite place to go in the winter because it has the steepest hills.

“Back where I live, there’s a golf course right behind us, [and] they only have small hills,” said Noah, who lives in Vicksburg.

Noah's dad Matthew said when he got the message this morning that school was canceled for the second day in a row, he immediately checked the forecast. He then cleared the driveway, and they headed for Milham.

"[It's] just something to do to get them outside, you know, instead of sitting in, watching TV, playing on the Xbox or tablet or something," Matthew said.

The Briggs spent the day going up and down the hills. Since the snow was so thick, Matthew jumped on it first with his floating tube to flatten it for the boys.

“Growing old is mandatory I guess,” Matthew said, smiling.  “Growing up, not so much.”

Nicholas Banks said he enjoys the snow, too, but has a love-hate relationship with it.  He spent his day using a snowblower to remove as much snow as possible from around his house.

“It kind of frustrates you when the night before you shovel, and the day before you shovel to pave a way for the mailman,” Banks said, chuckling. “Then it dumps another foot-and-a-half on you.”

Banks chose to work from home today, he said. His 3-year-old Simon grabbed a shovel and helped him with the snow. However, minutes later, the boy put the shovel down, grabbed a sled, and headed for the small hill in his front yard. He, too, like the kids at Milham,  smiled all the way down.

“California has their oceans and waves,” said Anthony. “This is our waves: the snow."