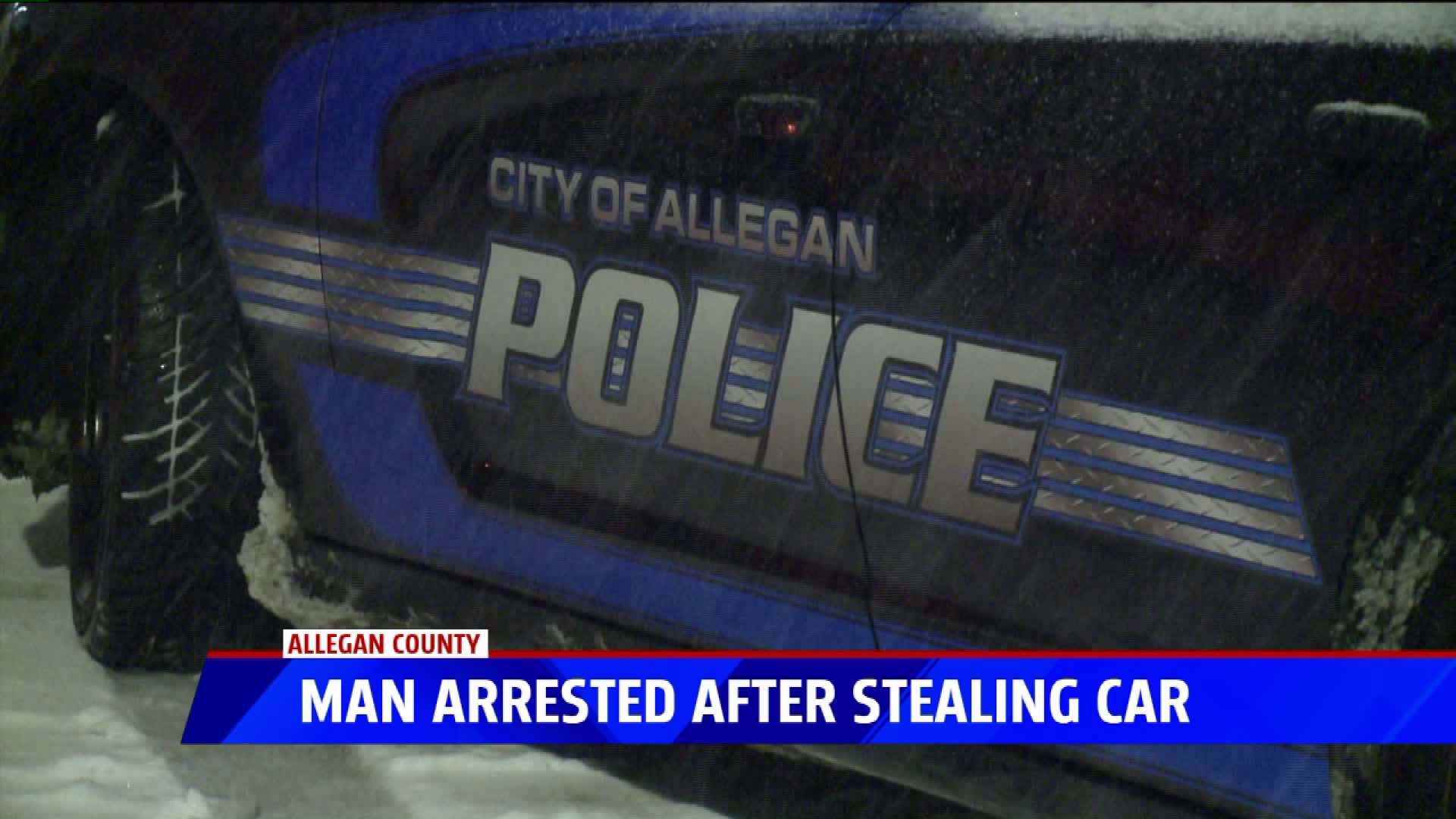 ALLEGAN, Mich. -- A man is facing charges accused of stealing someone's car at gunpoint and then running from police.

This happened Tuesday afternoon in the city of Allegan.

Police say the suspect, believed to be on parole, stole a man's car at a factory on Eastern avenue before crashing it at 108th Avenue and 26th Street near Trowbridge Township.

The 35-year-old man ran into a wooded area before a K9 tracked him. The suspect then told police he had a bomb but negotiators found that not to be true.

"Through negotiations we were able to determine that he didn't have a bomb. our concern then was obviously the hand gun that had been seen at the scene. but through negotiations he surrendered peacefully. and we had a great outcome," said Rick Hoyer, Chief of Police.

Police say the suspect was injured after crashing the stolen car and may suffer from mental health problems. His name has not been released.