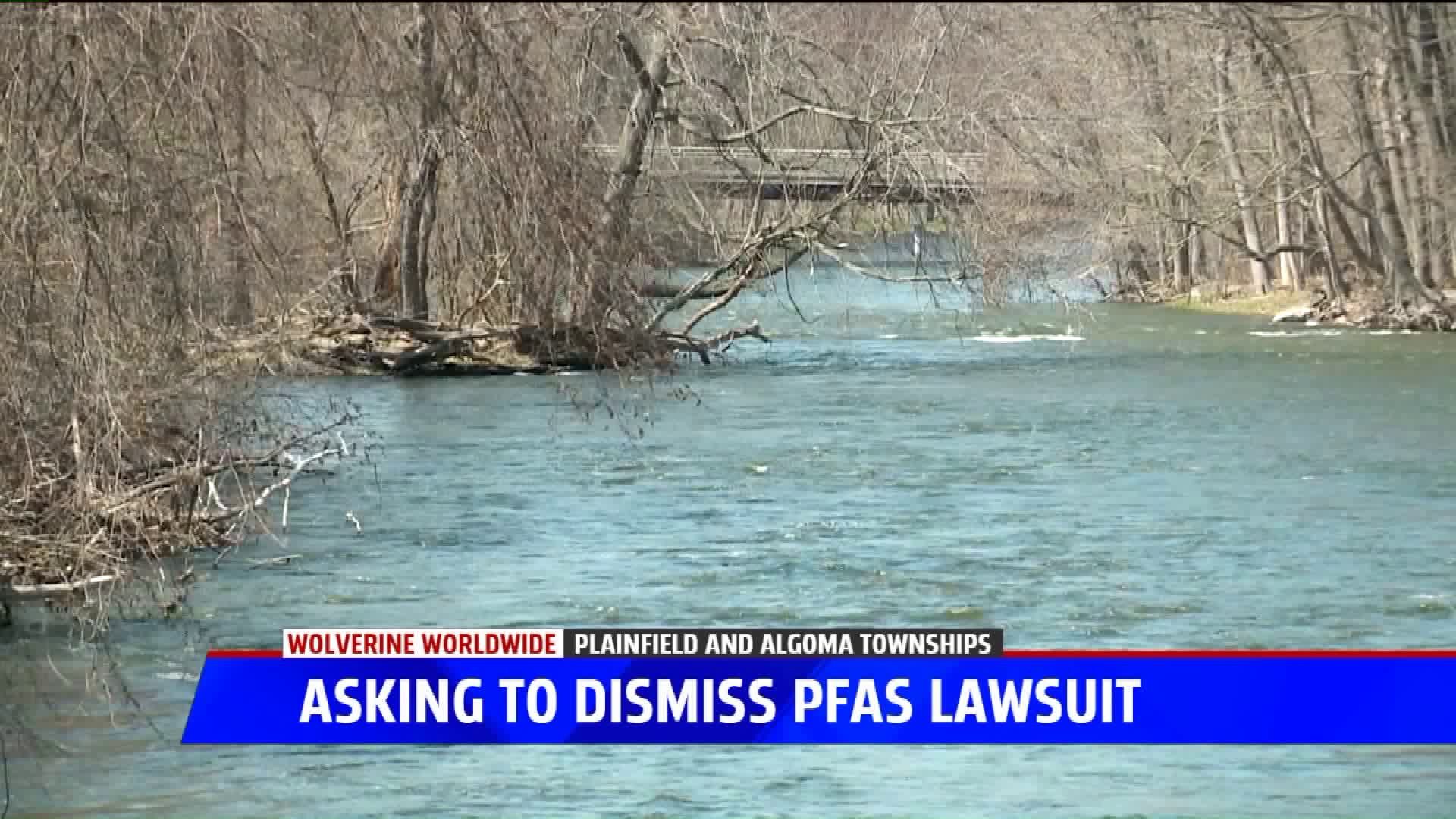 PLAINFIELD TOWNSHIP, Mich. — Wolverine Worldwide is asking a judge to remove two townships from a lawsuit filed by the state of Michigan.

Van Essen claims it was Wolverine who initially encouraged the townships to join the lawsuit so they could "be at the table" when it came to a consent decree for reimbursement costs. He says Plainfield Township has already spent more than $500,000 towards the construction of four loop extensions that would deliver municipal water to more than 300 affected homes in contaminated areas and already submitted bills for reimbursement to Wolverine Worldwide.

“Wolverine was meeting with the township’s engineer to talk about how those loops would look and what the cost would be, and the first shock was in December of 2018," Van Essen said. "Instead of signing the consent degree we had negotiated, Wolverine said there’s going to be a delay because 'We want 3M to be added to the lawsuit and we want 3M to contribute before we contribute.'"

Van Essen said Wolverine should be solely responsible for paying for those water extensions because they are the polluter that caused the problem.

Wolverine released the following statement regarding the matter:

"Wolverine asked the court to dismiss the new claims filed by Plainfield and Algoma townships because they are the same as claims that have already been brought against Wolverine by the State of Michigan."

The company continues to post updates on the PFAS situation on its blog.

The townships are expecting a conference with federal court during the first quarter of this year.