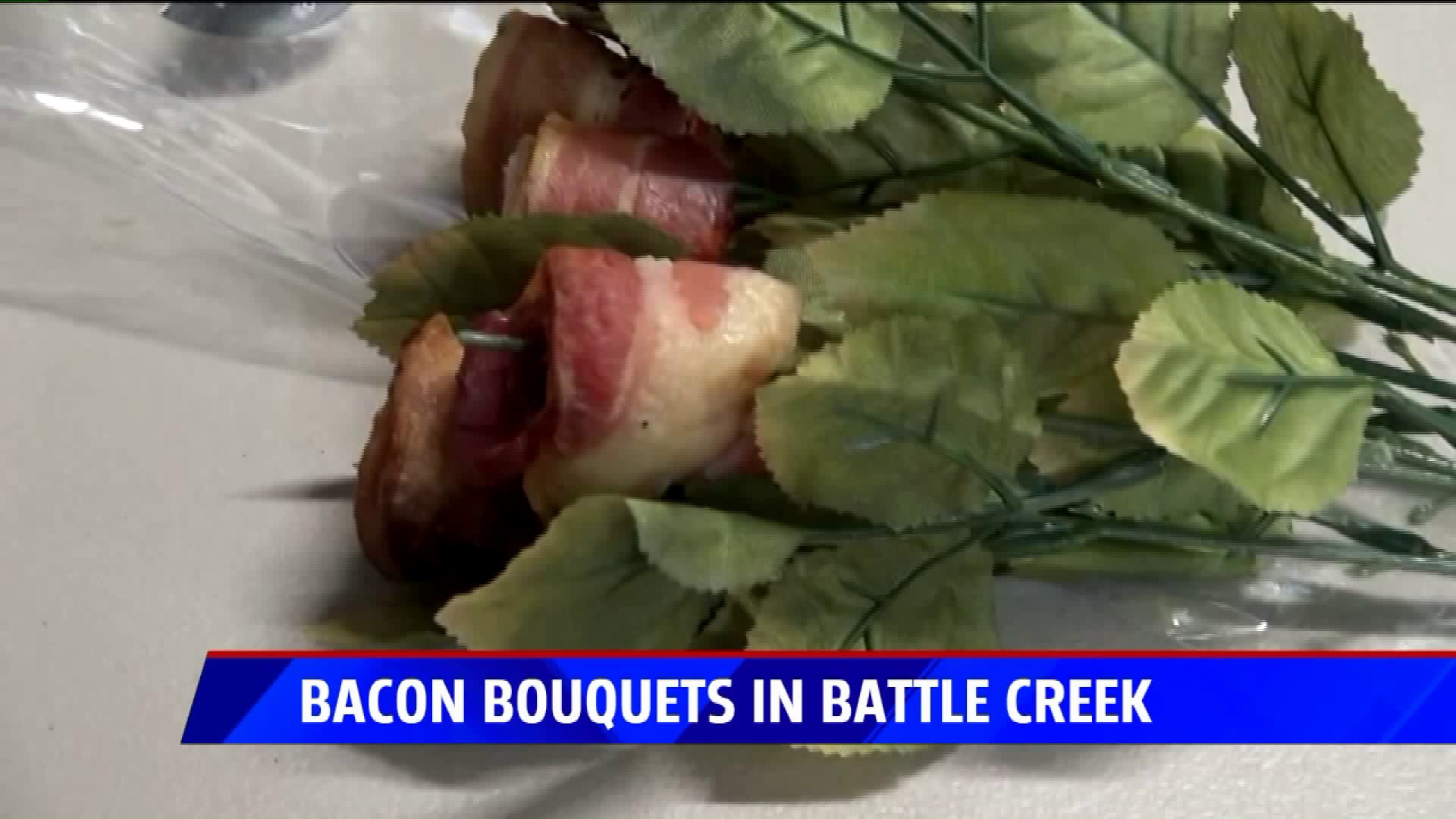 BATTLE CREEK, Mich. — Elisha Hodge said she’s been working so much lately that she doesn’t know how many customers she’s seen at her store Plumeria Botanical Boutique. When she arrived to work at 8 a.m. Thursday, an hour before they opened, a customer was already waiting for her.

“They’re like ‘I see you’re in the back, can you just unlock [the door],’” Hodge said smiling. “So yeah, I have no idea how many have been through the door today.”

Hodge said people have been purchasing their latest Valentine’s Day specialty: bacon flowers. She made a batch earlier this week, smoking the bacon and then rolling them individually to look like roses. They immediately sold out.

“Part of the reason why I’m tired today is because we did a second batch last night to make sure we had enough to provide for walk-ins for today,” Hodge said. “So yeah, we bought 61 pounds of bacon.”

All 61 pounds, bought at EarthSmith Farm in Dowling, have been turned into dozens of six bacon-flower bouquets for $39.99. And for $10 more, they included a six-pack of beer from Atwater brewery and they’re calling it the Dirty Dozen.

“We were thinking what do women want to buy their men  because yeah for Valentines Day men are not typically targeted,” Elisha said. “Actually it was my boyfriend who  came up with the idea that said ‘well everybody loves Bacon.’”

She started selling the bouquets on Tuesday, she said. Since then,  they’ve been selling like "hotcakes." They’ve made deliveries all over Michigan, from Grand Rapids to Portage. For her first web order, the customer wrote in the notes section I can’t believe you’re making this happen.

“That’s kind of how everybody’s been. They’ve called here and they’re like ‘Is this for real? Like can we eat these?’ Yes!" Hodge said still smiling. "It’s so good like come and try them.”