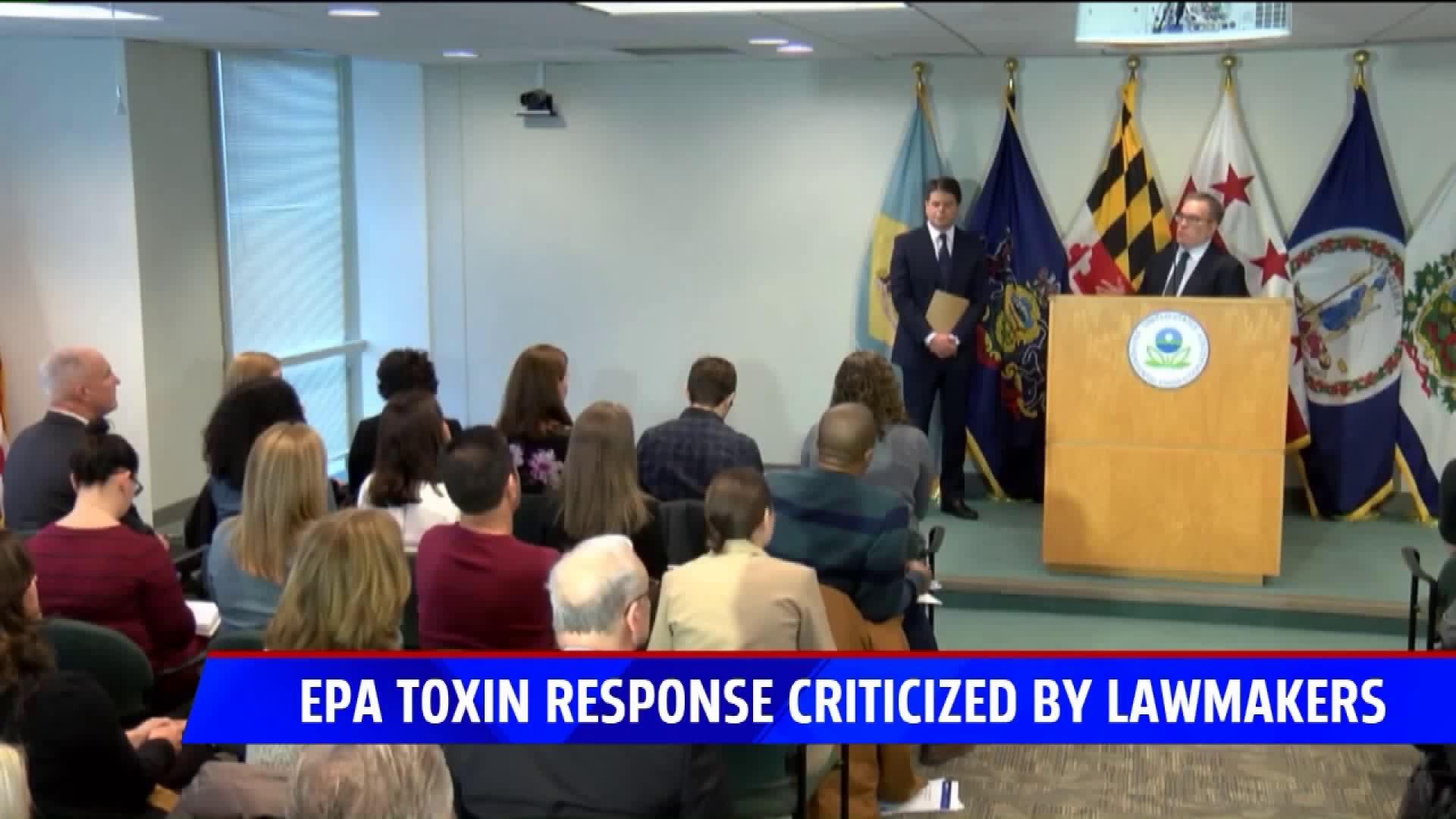 (AP) Under strong pressure from Congress, the Environmental Protection Agency said Thursday that it will move ahead this year with a process that could lead to setting a safety threshold for a group of highly toxic chemicals in drinking water.

Acting EPA Administrator Andrew Wheeler said the immediate focus would be on two of the most common chemicals in the group, both of which have been phased out by manufacturers but remain in the environment and have suspected links to health threats ranging from cancer to decreased fertility.

By the end of this year, the EPA will "propose a regulatory determination" for the chemicals, the next step toward establishing limits under the Safe Drinking Water Act, Wheeler said in Philadelphia as he released the agency's policy for dealing with the substances.

The EPA has faced criticism from lawmakers in both major political parties as an increasing number of states have discovered perfluoroalkyl and polyfluoroalkyl substances, known collectively as PFAS, in public water systems and private wells. The synthetic chemicals are found in firefighting foam, nonstick pots and pans, water-repellent clothing and many other household and personal items.

Environmentalists have criticized the agency, saying it had not acted fast enough.

Scientific studies have found "associations" between the chemicals and cancer, thyroid disease, ulcerative colitis and other health issues.

Wheeler described his agency's approach as "the most comprehensive cross-agency plan to address an emerging chemical of concern ever undertaken by EPA."

"We are moving forward with several important actions, including the maximum contaminant level process, that will help affected communities better monitor, detect and address PFAS," he said.

The EPA also is moving toward listing the two common forms of PFAS, known as PFOA and PFOS, as hazardous substances and will issue interim groundwater cleanup recommendations for contaminated sites, he said. The agency will propose adding PFAS chemicals to a drinking water monitoring program and develop new methods for detecting them in water, soil and groundwater.

With the Senate considering whether to confirm Wheeler as EPA administrator, Democratic and Republican lawmakers have pressed him to establish mandatory limits for PFAS in public water systems.

The Environment and Public Works Committee's ranking Democrat, Sen. Tom Carper of Delaware, said the agency's plan takes only timid steps toward fulfilling pledges made by former EPA head Scott Pruitt, who in May 2018 described PFAS pollution as "a national priority." Pruitt said the EPA would begin evaluating the need for regulating the chemicals under the Safe Drinking Water Act.

Carper said it has taken the EPA "nearly a year just to kick the can even further down the road."

"While EPA acts with the utmost urgency to repeal regulations," Carper said, "the agency ambles with complacency when it comes to taking real steps to protect the water we drink and the air we breathe."

Republican Sen. Shelley Moore Capito, whose state of West Virginia was one of the first where PFAS contamination was linked to human health problems, said she voted for Wheeler's nomination in committee earlier this month only after he privately assured her the EPA would tackle the problem.

Capito was one of 20 senators who wrote to Wheeler demanding ceilings on two phased-out types of PFAS chemicals. They pressed Wheeler for other "immediate actions" to protect the public from other versions of the industrial compounds.

Thousands of distinct PFAS chemicals, which resist heat and repel grease, water and oil, have been in production since the 1940s. They've been labeled "forever chemicals" because they break down slowly, if at all. Testing of water systems around the nation has turned up varying levels of the compounds.

The EPA has established a nonbinding "advisory level" of 70 parts per trillion for the two older versions, PFOA and PFOS, which the federal Agency for Toxic Substances and Disease Registry has described as too weak. Some states have imposed tougher limits.

FOX 17 received a statement from the Department of Environmental Quality which said the following:

The State of Michigan has consistently encouraged the federal government to prioritize PFAS response.  We have also stressed the importance of national research and standards to guide states like Michigan that are aggressively working to protect our citizens.  We are pleased U.S. EPA is listening and are committed to moving forward.

While we continue to support federal action on PFAS, we are concerned that the timeline for Federal action on PFAS standards and regulations is not more aggressive.  We look forward to receiving more clarity from EPA on its anticipated timetable for accomplishing the priorities it laid out this morning.

Through the Michigan PFAS Action Response Team (MPART), we have taken proactive steps to address PFAS contamination in our state.  Our commitment to protecting Michigan’s citizens from PFAS remains strong.  The progress Michigan has made in identifying PFAS sites and protecting the public from PFAS exposures was completed without the plans EPA announced today.  Michigan citizens can rest assured that we will continue our efforts to address the PFAS challenge while the federal government works toward implementing the plans it announced today.