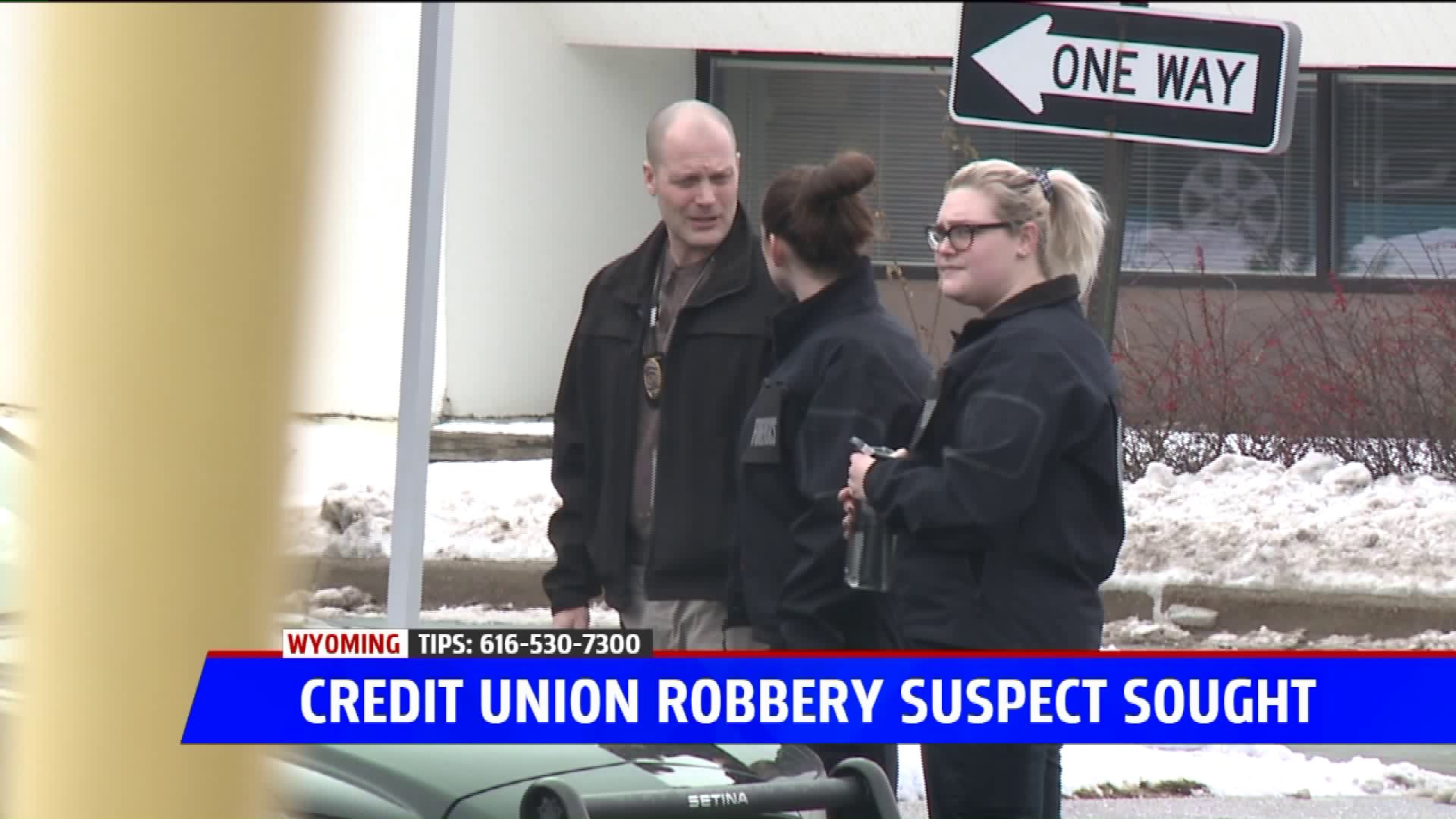 Police say that the robbery occurred at the Lake Michigan Credit Union on 44th Street SW at about 9:40 a.m.

According to police, the suspect entered the bank and announced the robbery. Witnesses say they did not see a weapon.  After taking an undisclosed amount of cash, he was last seen running north across 44th Street.

The suspect is being described as being about 5’4″ to 5’5″ tall and was wearing a black ski mask, black clothing and yellow ski sunglasses. His race is unknown. Witnesses told police he had a deep voice.