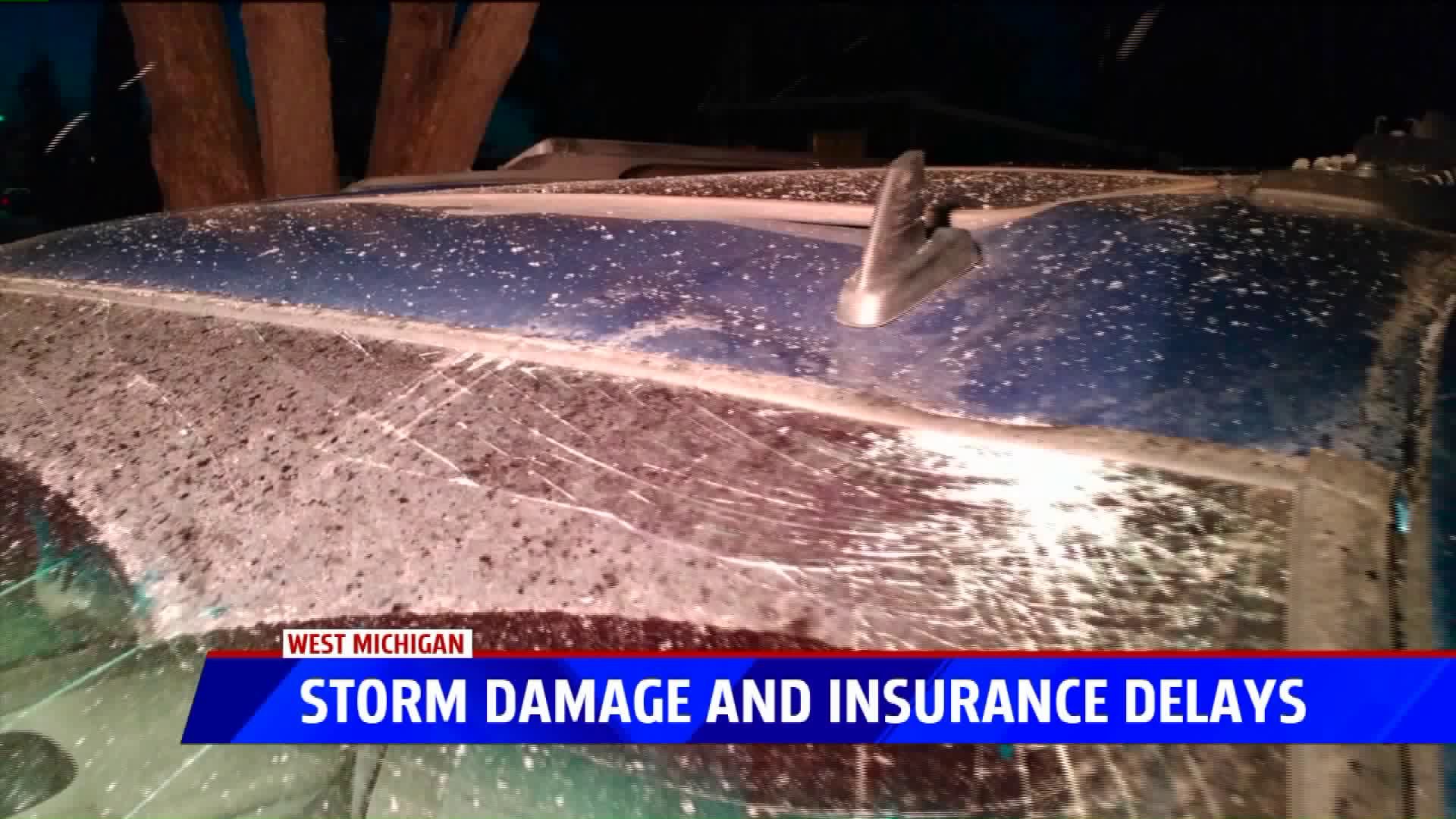 West Michigan--The winter weather has led to busted pipes, cracked windows, and more leaving many in West Michigan with a headache and a bill, and unfortunately only some of those bills are covered by insurance.

As we settle down from one winter storm and possibly brace for another many people may find their property hasn't come through unharmed.

And while you may think insurance has you covered, *all of the cost may not be covered and the hassle of of making a claim may not even be worth it.

"Came out in the morning and surprise there's branches everywhere and a dent in our car," says Courtney White who found her own storm damage one morning last week.

The winter weather leaving many waking up to damaged property.

"In the morning when my husband was getting ready for work he came out to his vehicle and he saw his windshield was shattered and there was a huge dent in the top,"

Like Courtney many are now picking up the pieces and assessing the damage.

"We've gotten a lot of phone calls but not everything is covered on the insurance side of it," says Adam Porczynski with Farmers Insurance.

But it is likely your insurance will not cover tree removal.

But if one falls on your roof, car, or a fence and damages it you're covered.

"It's also got to be subject to the deductible so unless it's over your deductible typically it's not even going to make sense to file a claim on your insurance," says Porczynski.

So, if the damage is less than your deductible you may prefer to just shell out the money.

But, the best thing to do when dealing with the damage in the first place is to take a lot of pictures and act quickly.