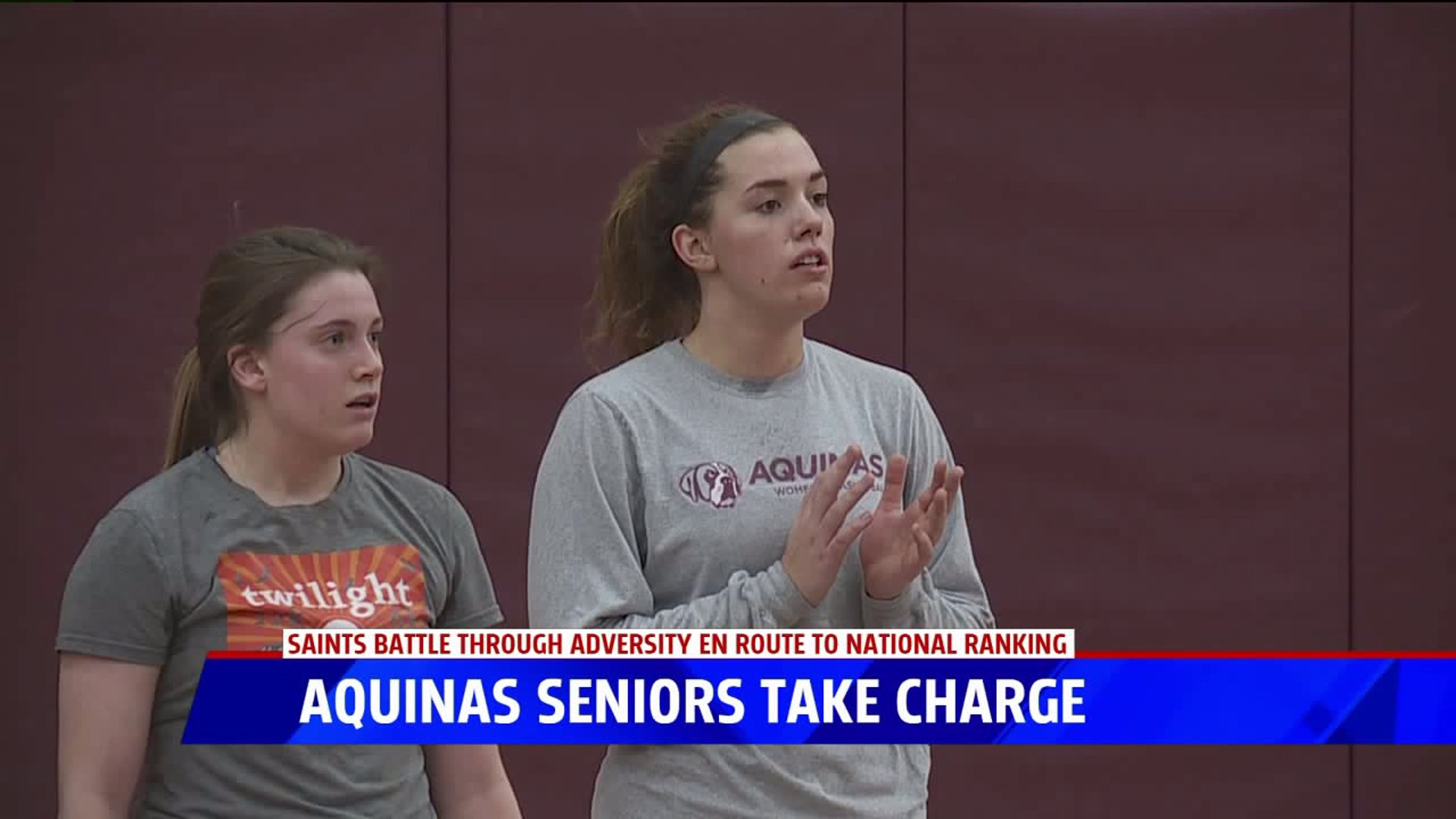 GRAND RAPIDS, Mich -- It's been a successful season for the Aquinas women's basketball team but it hasn't come without challenges. All-time Aquinas wins leader, Linda Nash stepped down as head coach in December for personal reasons, leading to assistant Brian Morris to take over as the interim head coach.

"I feel like my last four years, we've been through a lot of ups and downs so we knew how to weather the storm," senior guard Bri Spica said.

Spica, one of three seniors on the team, has helped her teammates get through any challenges they've faced.

"Since we've been through so much, we were just ready to go at it and wanted to have a good year, us seniors wanted to go out on a good note," she added.

And they have. The Saints are having their best season since 2013-14 and recently won their 20th game, en route to a national top 25 ranking.

"We all came together as a team and decided this was our year," senior Hannah Brefeld said, "we all decided to take it one day at a time."

While Coach Morris has done an outstanding job of sparking the Saints recent charge, he also credits the team's seniors for their leadership.

"Going through that sudden change, I think the three of them got everyone together and talked to them about which direction we wanted to go as a program."

The WHAC tournament begins this Wednesday and the Saints know what it will take to be successful in the postseason.

"We have to keep doing what we're doing now," Spica said, "we need to look to get better every day, we can't look at any team and think we're just going to win. We have to know it's going to be a dog fight and be ready to go."

Coach Morris has been impressed with the team's focus day in and day out and he knows they're ready for what's ahead.

"We need to keep paying attention to details, doing the small things, competing at a high level, trusting each other and believing in the process," he added.

Despite the success they've had this season, they still have several goals left to accomplish.

"In my last three years, this is the most successful we've been but we can't be satisfied with that," Brefeld said.