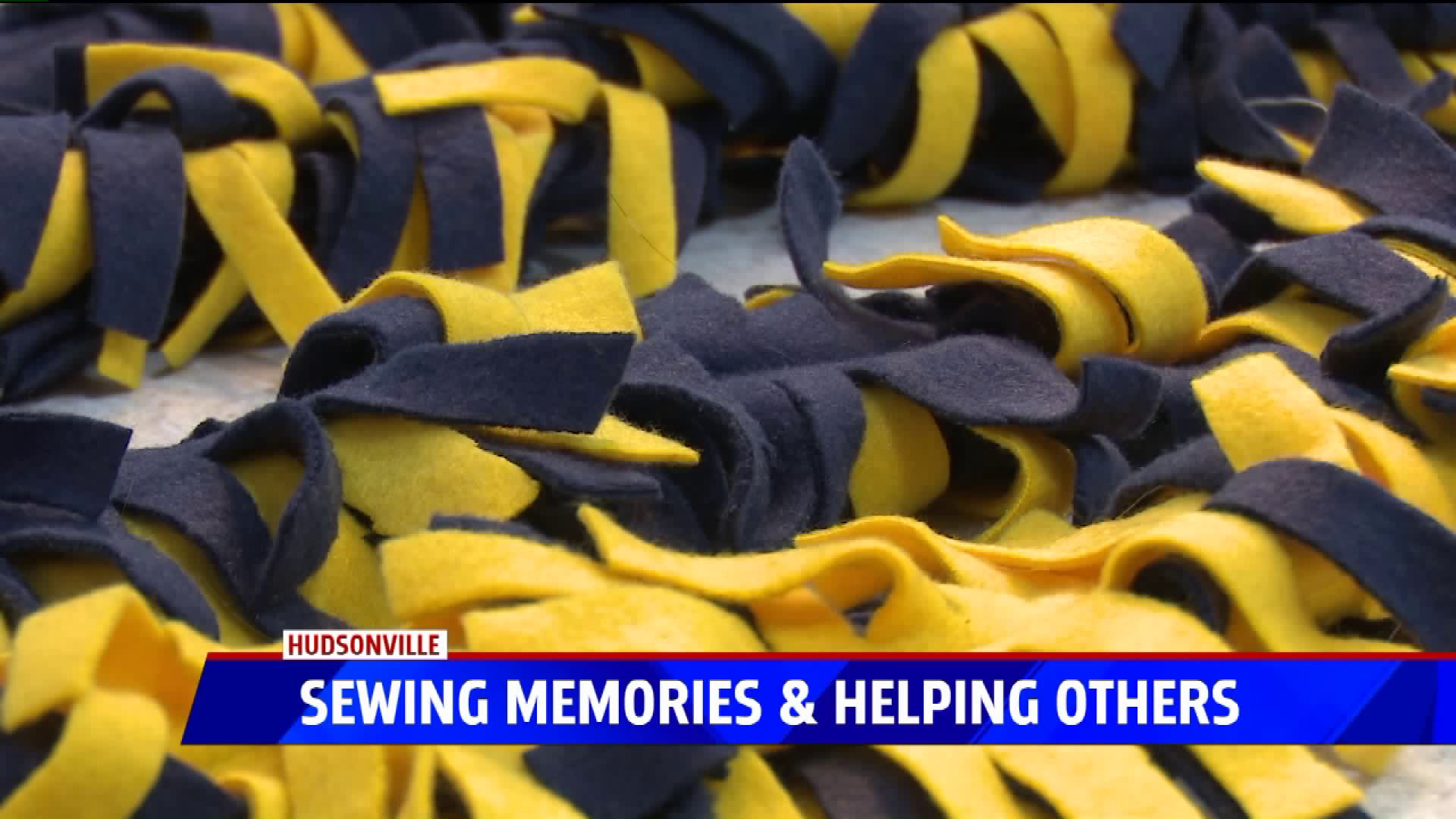 Sewing scarves and helping others

HUDSONVILLE, Mich. - 13 year old Emma Dale from Hudsonville has been sewing, a lot.

It reminds her of her grandparents.

"My grandpa was like my best friend, we did everything together, he would take me to a pond where we’d catch frogs," Emma tells FOX 17. "And my great grandma we’d always play cards together. It was just so fun cause she’d get mad if someone was cheating."

It’s been quite some time since Emma has seen her grandparents, three years actually, since 2016.

Three family members, gone in one year, all during this time Emma’s little brother was suffering as well.

"2016 was a tough year. Emma had to watch her little brother who basically had kidney failure and had to have kidney and bladder reconstruction surgery," said Emma's mother, Mary.

The grief was almost insurmountable.

"It was kinda like I just couldn’t talk about it because every time I talk about it I just break down in tears. It was really hard for my brother and me because my grandpa and my grandpa and grandma were like my best friend and I did everything with them," reflects Emma.

It’s a type of mourning that never truly leaves someone, which is why years later, when an opportunity arose to remember her loved ones, and to sew, Emma made the most of it.

That opportunity was selling handmade scarves in memory of her grandparents.

Mary Dale posted a picture of Emma talking about the project and it took off.

Requests for a scarves poured in, with all funds going to care for cancer, which Emma's grandfather struggled with, and a healing center for grieving children and teens, that Emma wish she had known about.

Emma still misses her grandparents greatly, but she says she sees them in the little things, such as butterflies in the summer, and the way selling scarves helps others in pain.

She says, "I just say just keep going, and keep pushing, and keep talking about it, and eventually it’s natural and you remember that person for who they were lovingly and you’ll get through it."