‘Let’s not have another dead mom’ – Preeclampsia survivor speaks out 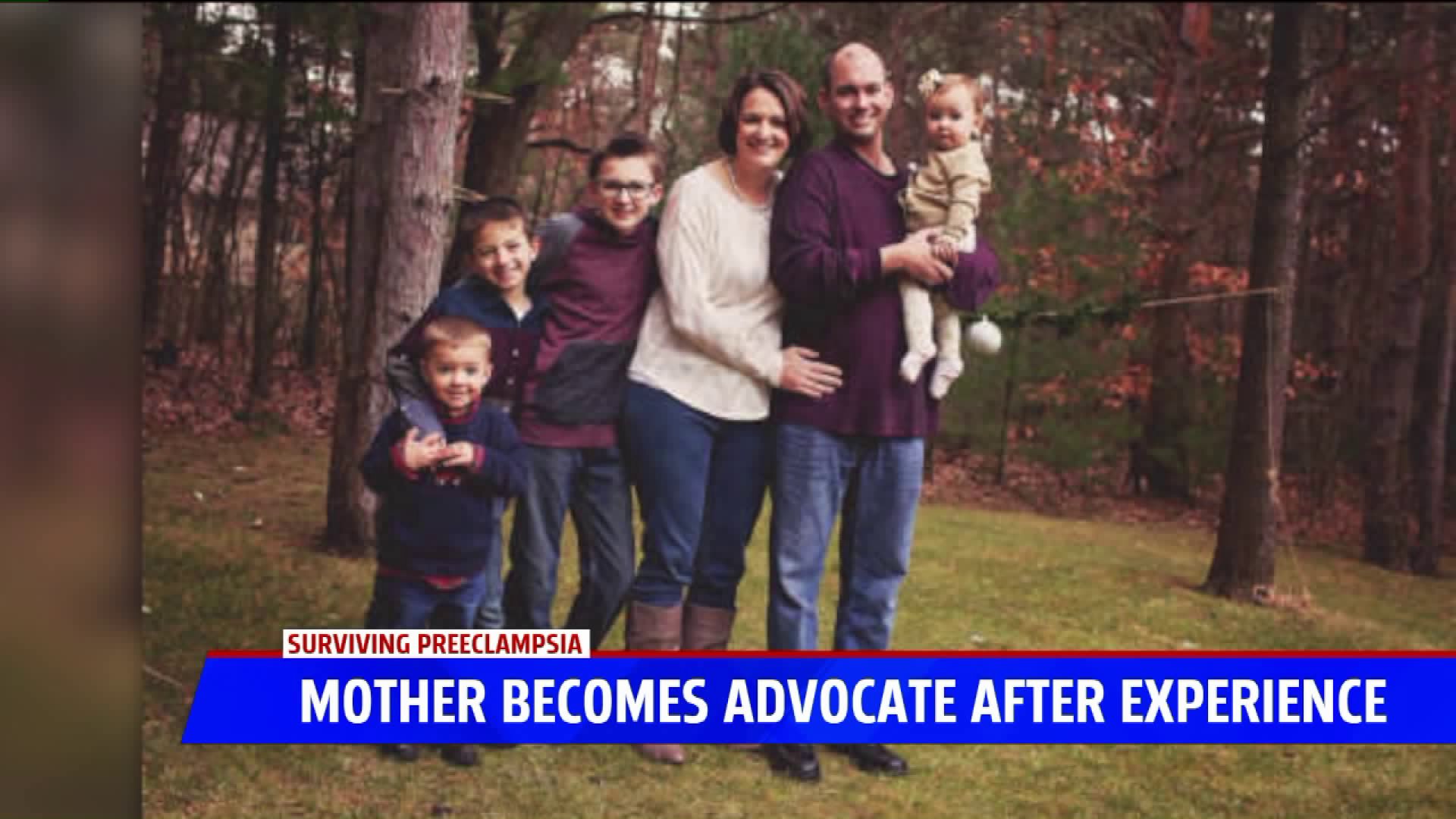 GRAND RAPIDS, Mich. -- Having a child can be the happiest time of a person's life, but preeclampsia can put everything at risk.

Preeclampsia is a condition that affects three to four percent of American moms, but its symptoms are often dismissed as normal, even as more woman are affected each year.

Not knowing the signs of preeclampsia can be deadly. “I tried to write everything off, like, ‘Oh my gosh, this is normal. I feel like I’m dying, but this is normal,'" says Marianne Bohn, mother of four.

In her 14 years of working as a medical assistant, Bohn had never heard of HELLP Syndrome , a severe form of preeclampsia that makes up about one percent of preeclamptics. It that turned her life upside down four days after she gave birth to her son, Sam, in 2012.

“That was like a punch to the gut," Bohn tells FOX 17. "I had no idea what it was. I had never heard of it. This was my third pregnancy, and it’s not okay.”

Bohn had heard of preeclampsia but never heard of HELLP, which stands for hemolysis, or the breaking down of red blood cells, elevated liver enzymes, and low platelet count. Symptoms include headaches, blurry vision, dizziness, trouble breathing, and stomach pain.

For Bohn, that's what made it dangerous. High blood pressure is common in high-stress situations, such as giving birth, so Bohn thought it was normal. In the coming days, her symptoms got worse, and she says she was ignored. She recalls one instance in the shower when she didn't recognize her own body.

“My swelling was all the way up to my hips like I couldn’t even tell where my knees were," Bohn says.

At the advice of a friend, Bohn went to the hospital, where she was admitted for a day and a half. She ended up having pleural effusion, a build-up of fluid between the lungs and chest.

“Telling myself to breathe, like literally breathe. I just, I didn’t, I don’t want to die. I wasn’t ready to go," Bohn says.

"It was traumatic, so traumatic because this is a happy time," Bohn says. "You just had a baby, you know? So much emphasis is put on a healthy baby. A healthy baby is the goal of pregnancy.”

Dr. Tsimis says women can help protect themselves from preeclampsia by knowing the risk.

“What a lot of moms may not realize is that a first-time pregnancy, meaning never having had children in the past, is a huge risk factor for having preeclampsia," Dr. Tsimis tells FOX 17.

Dr. Tsimis says having preeclampsia in the past makes a woman eight times more likely to have it again as Bohn did. But when she had her now-4-year-old daughter, Josie, she was better prepared to advocate for what she needed when she got preeclampsia again.

African-American mothers are at an even greater risk for preeclampsia, Dr. Tsimis says.

But researchers are exploring a simple remedy to this sometimes deadly condition.

“There’s been a huge focus in the last couple years about using aspirin, the same aspirin you use and find in pharmacies," Dr. Tsimis says. "Usually baby asprin seems to be a very effective and a very easy way to prevent the recurrence or the onset of preeclampsia, but the key is the aspirin needs to be given early on in the pregnancy, before 16 weeks typically, to allow the body to sort of adjust.”

How preeclampsia is treated depends on each mom and how far along she is in her pregnancy, Dr. Tsimis, so it's crucial that treatment happens as early as possible.

While researchers study treatments, Bohn is working to empower new moms to make themselves heard when something feels wrong.

“Women aren’t listened to. Everything is written off as ‘normal’, and especially African-American women," Bohn says. “Let’s not miss these moms. Let’s not have another dead mom.”

Bohn has organized the West Michigan Promise Walk for Preeclampsia on June 8  in Big Rapids. The walk will raise money and awareness for preeclampsia. To participate, click here .