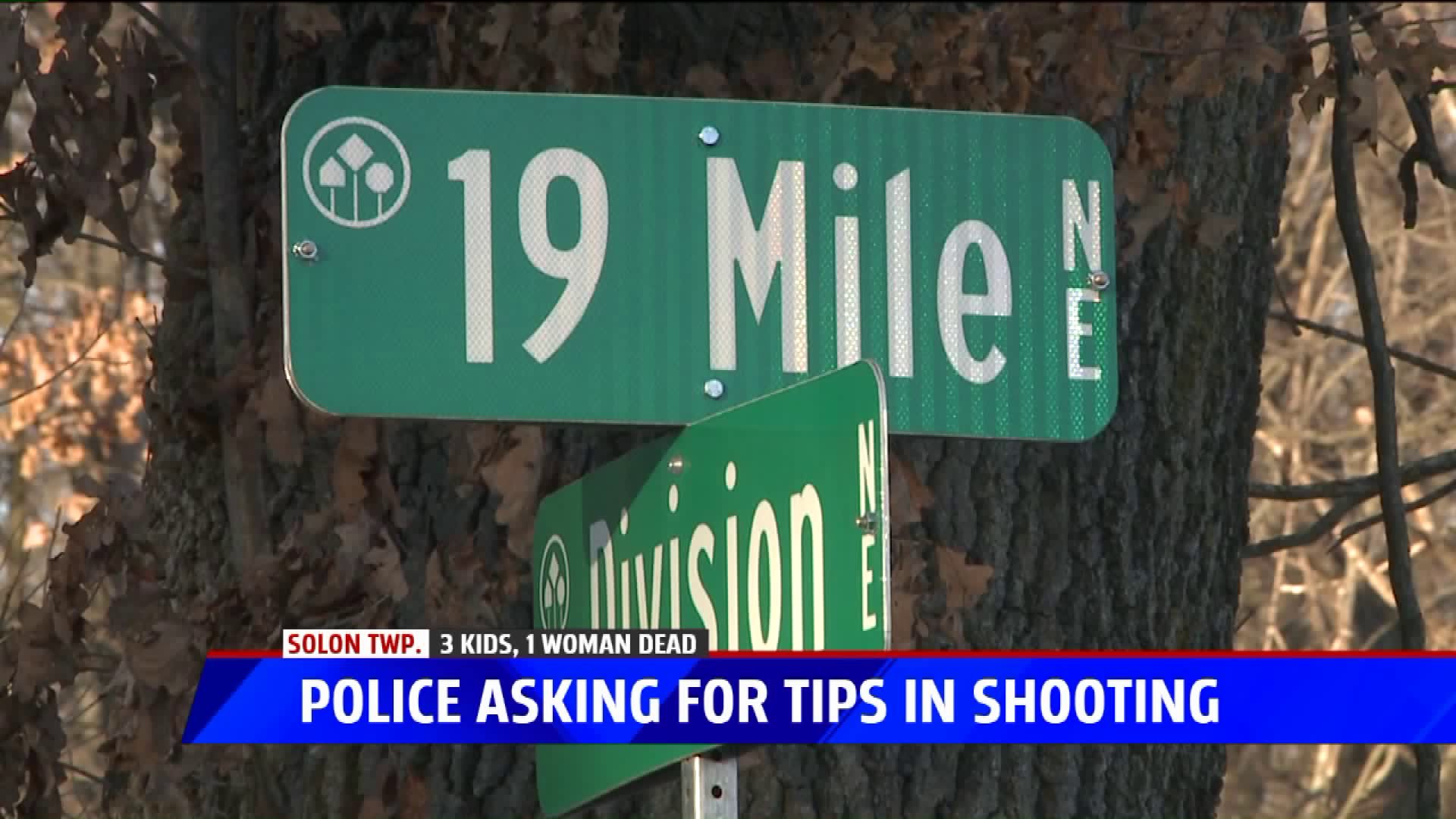 Authorities were called around 3 p.m. to a residence in the 200 block of 19 Mile Road in Solon Township on a report of a shooting of four people.

Investigators said there is likely a second crime scene in connection to the shooting, and it could be where the shootings happened. Authorities didn't specify where that was.

Detectives haven't found any indication there are other victims and said there isn't a threat to public safety.

Investigators are asking any nearby residents to send them surveillance footage of the roadway around the time of the incident Monday.