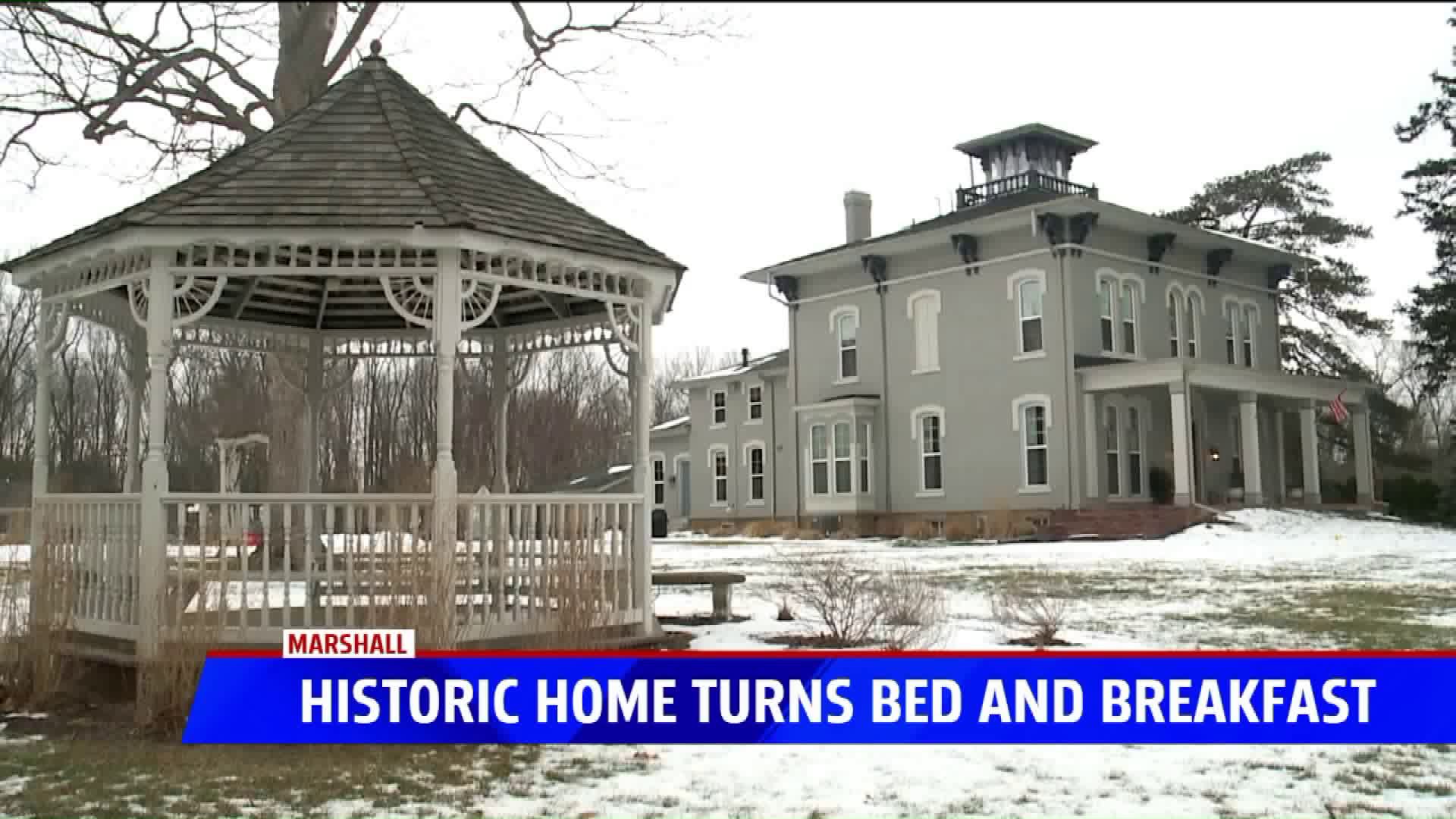 MARSHALL, Mich. — Last summer, Katy Banfield had no intention of leaving her job at Kelloggs, she said. She had been there 26 years and enjoyed it. However, the moment she stepped inside the villa style home on Verona Road, she fell in love.

“You walk in, and it’s just like the wow factor. It’s magnificent and elegant,” Banfield said during an interview at the house. “I could just see myself here, and I want to make people happy. Just being in that kind of environment is what I was looking for.”

Banfield purchased the home in July 2018, she said. The following month, she and one of her daughters moved in. Since then, they undertook several renovations.

“It had eight bedrooms and eight-and-a-half baths,” Banfield said. “I just thought this place had  bed-and-breakfast written all over it.”

She officially opened Villa on Verona this week. She believes the history of the home draws people to it,  considering it’s an Italian-style house built in the 1860s.

“(In the) early 1890s, William Boyce lived here,” Banfield said. “He did a lot of European travel and wrote in Chicago.” He also founded the Boy Scouts of America.

In honor of his travels, she named each of the rooms after cities in Italy, such as Rome and Venice. She also has a few copies of the newspaper he created in 1894.

“But even as great also is James Fenimore Cooper, (who) owned the land prior to (the house) being built,” Banfield said. “He is the author of Last of the Mohicans (and) The Deerslayer.” Banfield has a few of the original copies tucked away on the shelves in the living room. They’re available for guests to see and read when they stay at Villa on Verona. So far, the guests have been lining up. She has a yoga retreat coming up, and weddings and showers booked through 2020.

“I think once people come, they will fall in love with it, just like I did,” Banfield said.