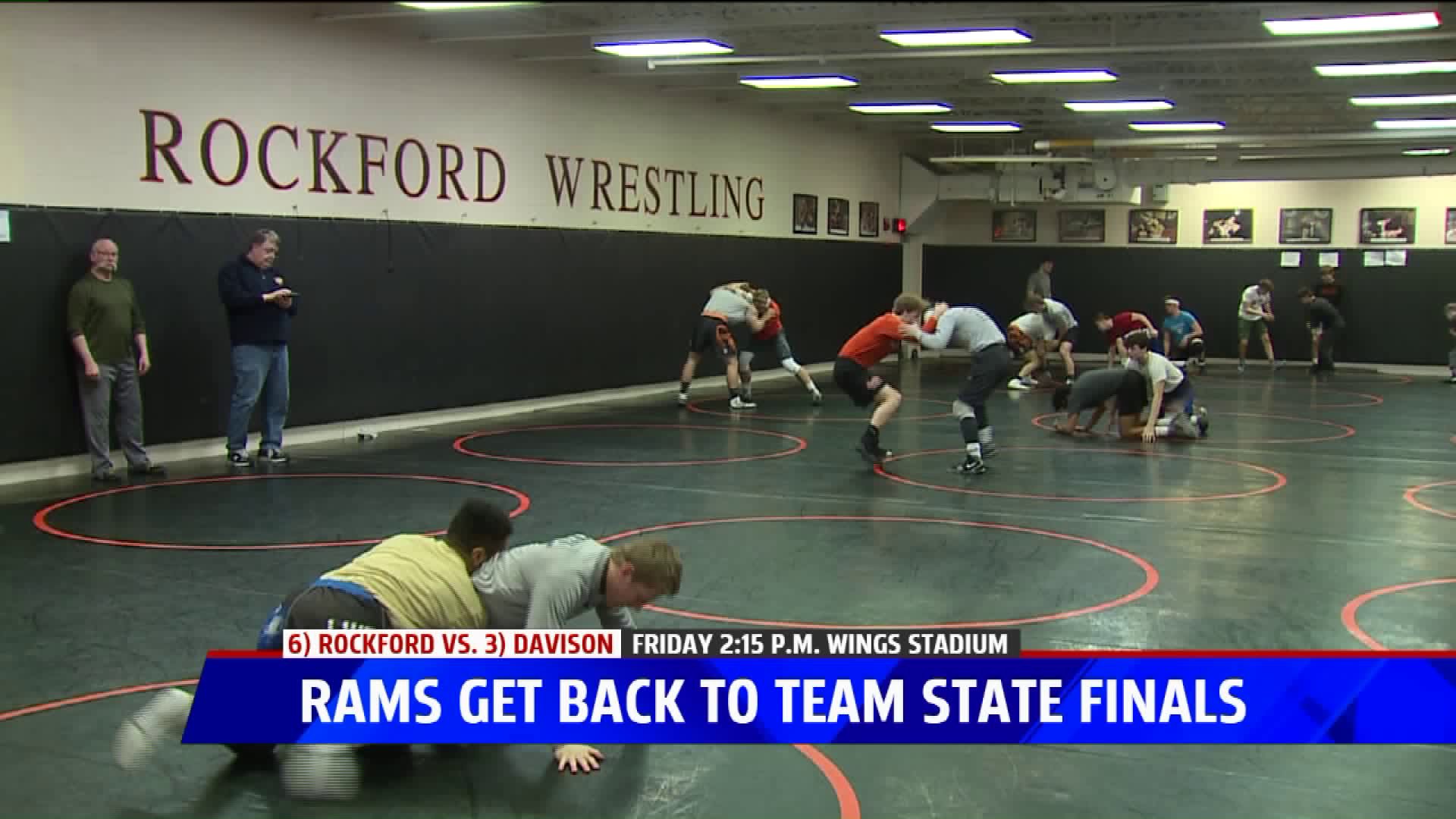 ROCKFORD, Mich. -- The Rockford wrestling team is back in the state quarterfinals for the first time since 2010.

"Working towards getting back to individual state and team state. those things are always on our mind."10th-year head coach Brian Richardson said.  "It has been a while. Last year, we were a couple points away from the regional championship that would have taken us, but we didn't quite get there. But we were able to use that as fuel for the fire."

The Rams went unbeaten during the OK Red dual season and also won the conference tournament, their first OK Red title since 2012.

"We are kind of like a family," senior Noah Anderson said. "We did a lot in the summer together: camps, tournaments, and we really bonded this year and really worked hard together. A lot of young guys, a lot of seniors pushing each other, so it is awesome."

The Rams are seeded sixth in Division I and will take on #3-seed Davison at 2:15 p.m. on Friday in Kalamazoo.

"I think part of the reason that we are so successful is our hard work ethic in the room," senior Connor White said.  "Even after we don't have a good match as an individual, the team does a really good job of picking each other up so the next man up will go out there and wrestle a great match and help build us up and keep us going."