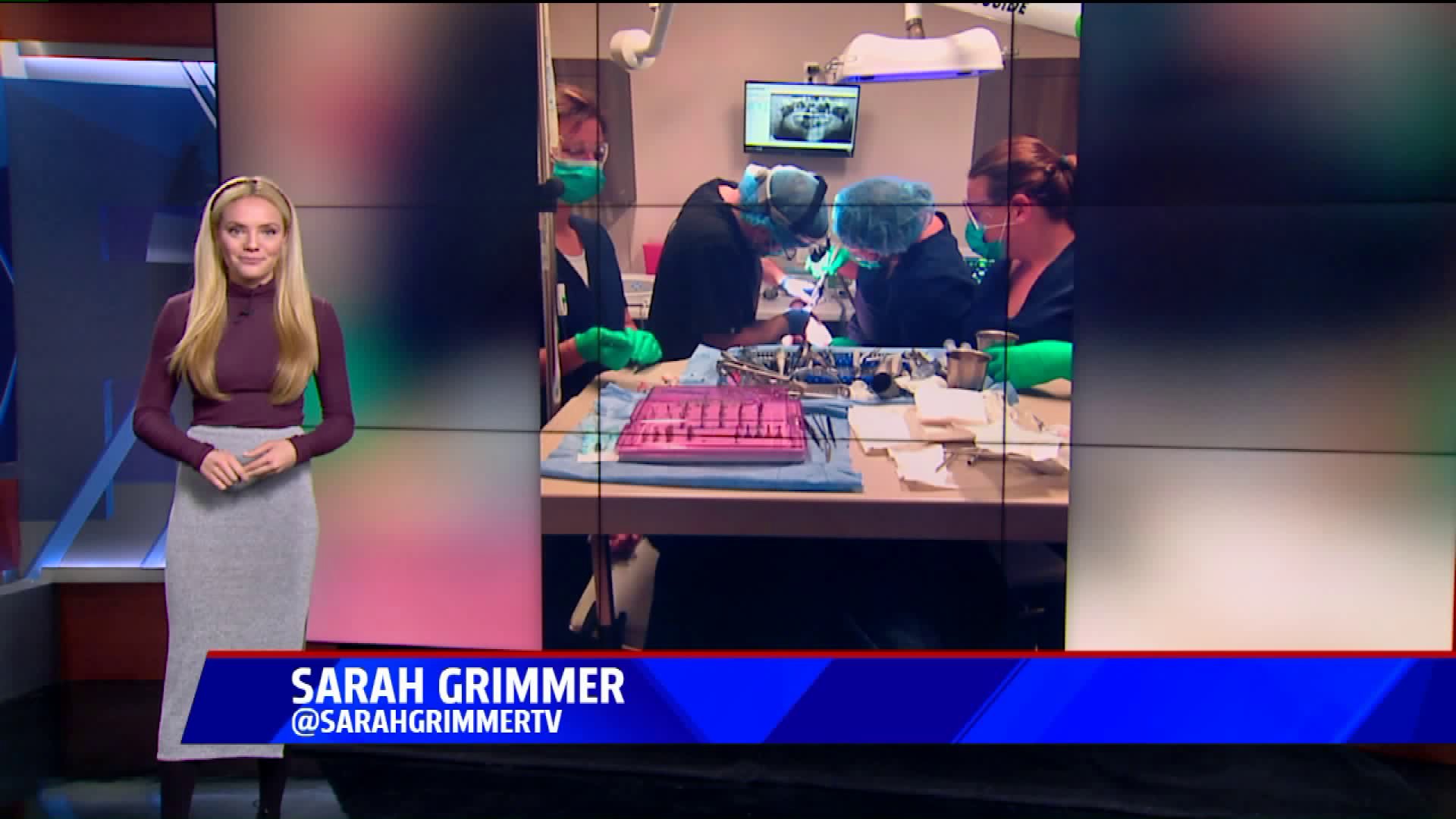 GRAND RAPIDS, Mich. — Lisa Weller didn't smile big very often. It's wasn't that she's not happy, it was something else.

Wells didn't like people seeing her teeth, she says it's an insecurity that started 15 years ago.

"A friend was getting married in New York and I broke my front tooth... I just started losing my teeth one by one," Wells said. "It seemed like I'd wake up and there would be another cracked one and it was horrifying!"

"It's horrible dealing with the public like having to go back to work and smile at people and you're thinking they're judging you by your smile ya know?" she said.

Every dollar Wells makes goes to her children and bills, so with dental work out of financial reach, hiding her smile became an everyday practice until her sister told her about a giveaway going on in Grand Rapids.

Lisa remembers, "My sister told me FOX 17 had an article on their website about Dr. Jesin that's doing this Smile Again program. I think like the second or third day I applied to it."

That program, by Dr. Mark Jesin at Advanced Oral Surgery, was the chance to win a completely new smile through full arch implant reconstruction.

Wells was sure she wouldn't win, but figured she had to try. Just weeks later, she found out she was the winner.

"When they announced that I won, my mom was here, my daughters, my boss and they just, everybody is just bawling and I could not believe that in two months I would have teeth," Wells said.

Today, Wells smiles big and often to show everyone how she really feels

By giving her this surgery, Wells says Dr. Jesin changed everyday of the rest of her life.

"I really feel like I have me back again, like I have a shot at living again, putting myself out there, and not being judged, just being me again is just the greatest. It's changed everything for me."