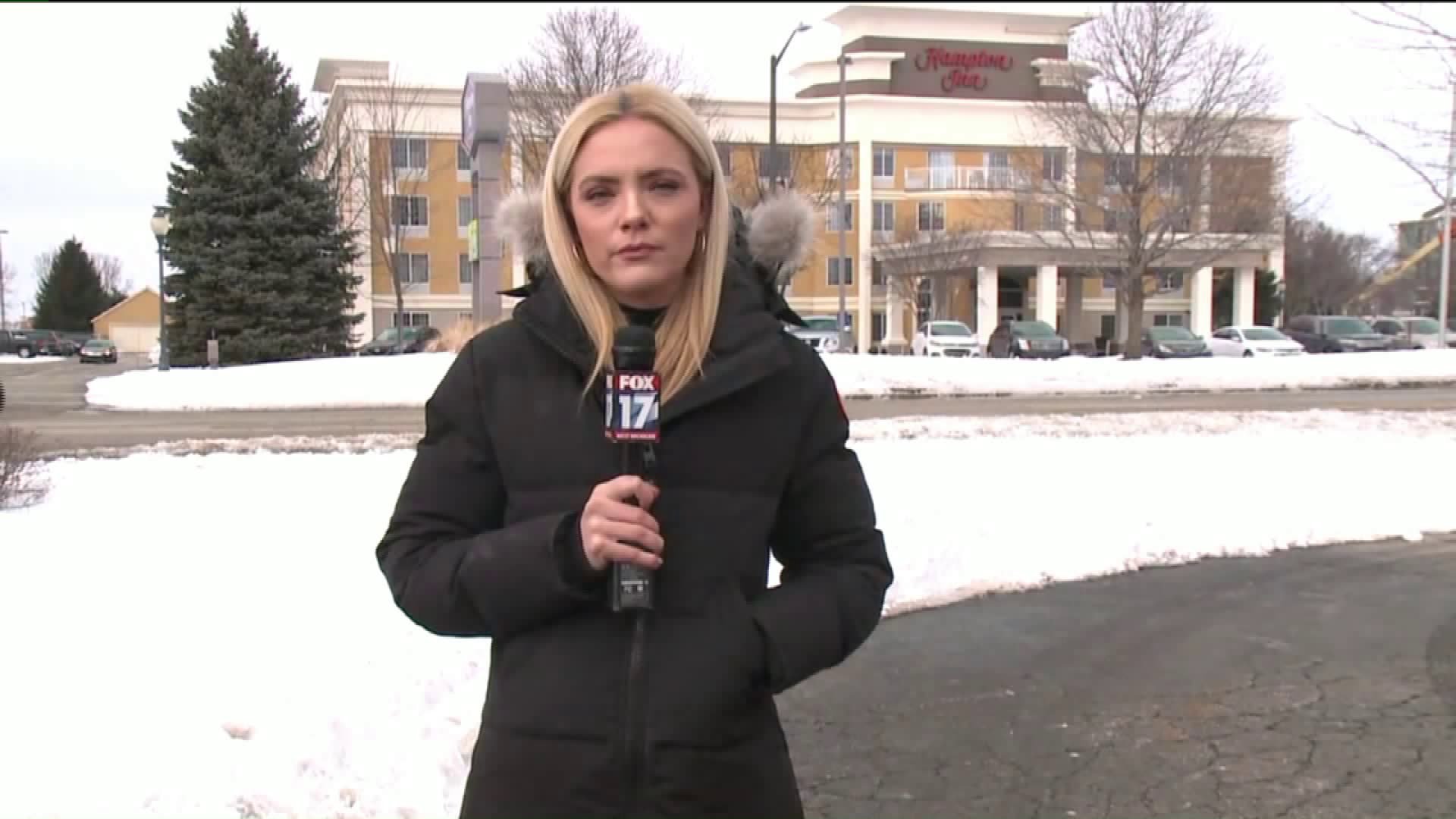 HOLLAND TOWNSHIP, Mich. — An argument between rival gang members may have led to the fatal shooting of a 14-year-old in Holland Township, court documents say.

T.J. Wells was shot and killed just after midnight Saturday at the Hampton located at 12427 Felch St. in Holland Township.

On Monday, investigators identified 18-year-old Juan Sandro Cabrera as a suspect in the shooting.

The arrest affidavit says Cabrera is a member of the Latin Kings gang, who were having a party at the hotel Friday night. The documents say Wells was a member of a rival gang called Gangster Disciples.

At one point in the night, Wells showed up at the party and had a confrontation with someone in the hallway. Court documents say Cabrera then pointed a gun out a hotel room door and shot Wells several times.

“I can’t get into specifically what witnesses told us,” said Ottawa County Sheriff’s Office Capt. Mark Bennett. “I can tell you that the original witnesses and the witnesses now remain very fearful. This is a clear nexus to criminal activity, gangs specifically.”

A photo of Juan Cabrera.

He is described as standing 5-foot-11 and weighing 150 pounds with black hair and brown eyes. Authorities said he is considered to be armed and dangerous.

Anyone with information on Cabrera’s whereabouts is asked to contact the Ottawa County Sheriff’s Office or Silent Observer at 1-877-88-SILENT.

Pastor Willie Watt Jr., says the shooting is another piece of a growing problem.

“We have an innocent life — a kid — and no matter what he was affiliated with or what he done, a life was taken away, a life is gone now,” Watt said.

He says there are more middle school-aged gang members than high schoolers, and kids feel joining a gang is necessary.

“A lot of kids are joining each other because they feel threatened by others, and they get in these cliques together, so they hanging out just to protect each other,” Watt said. “We can classify them as gangs or we can look at them as gangs, but they’re just really guys that’s protecting each other.”

Watt is the founder of Escape Ministries, an organization designed to help kids like Wells. He said more mentors and funding is necessary to give children in potentially dangerous circumstances a safe outlet.