All of Battle Creek under Boil Water Advisory 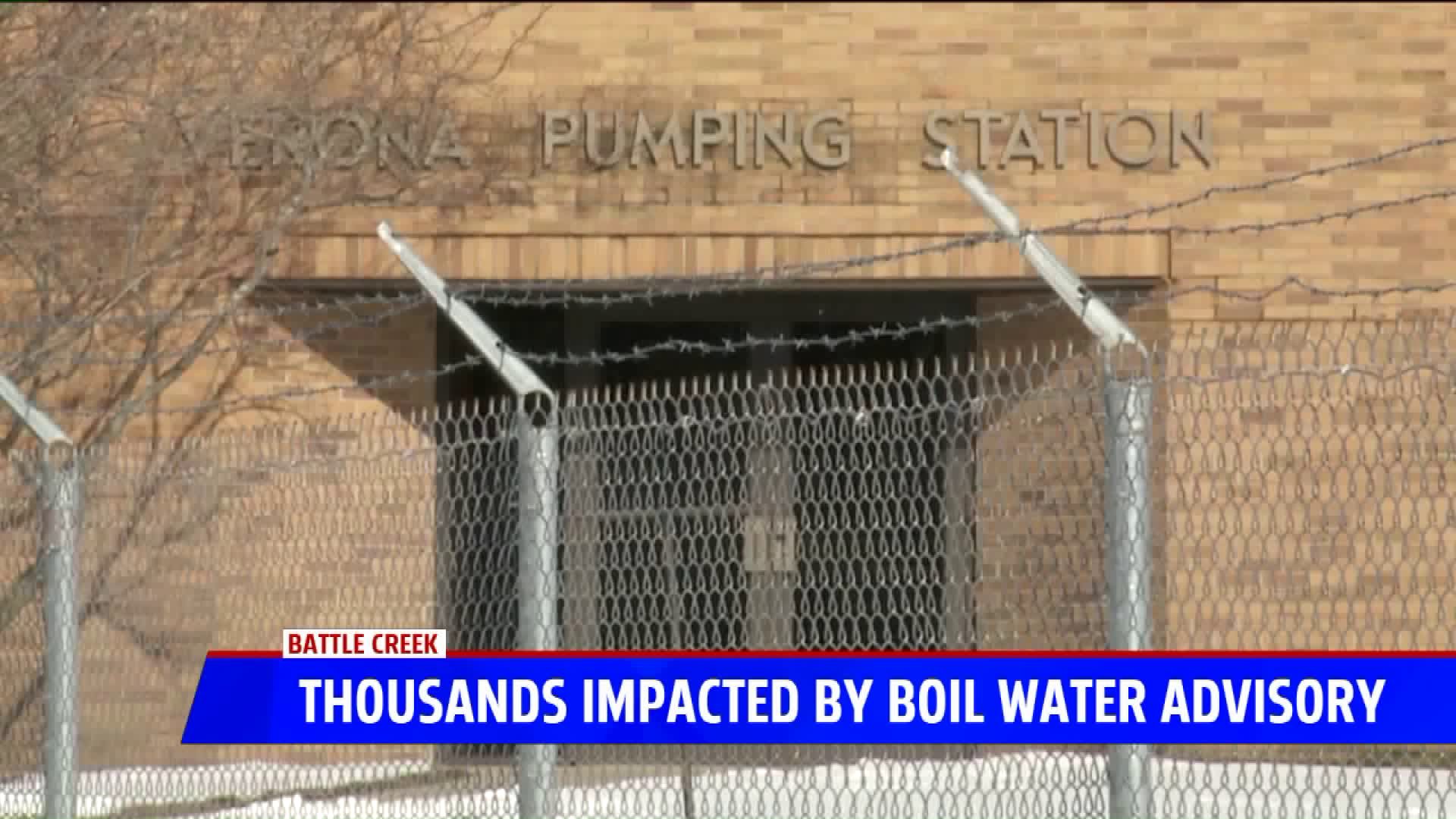 BATTLE CREEK, Mich. — All customers on the City of Battle Creek's public water system are being told to boil their water after an incident with a major transmission line.

According to the City Manager's office, the line near the Verona Pumping Station suffered damage, sending the water pressure down to a point where contamination could enter the system.

All of Battle Creek and Springfield are affected, along with Bedford, Emmett, Leroy, and Pennfield townships. Some customers do not have any water service at this time.

Anyone served by the city's water system is being warned to boil their water before drinking or cooking with it. Officials say it should be say to use for washing.

Crews are working to repair the system, but it is not known how long that will take.