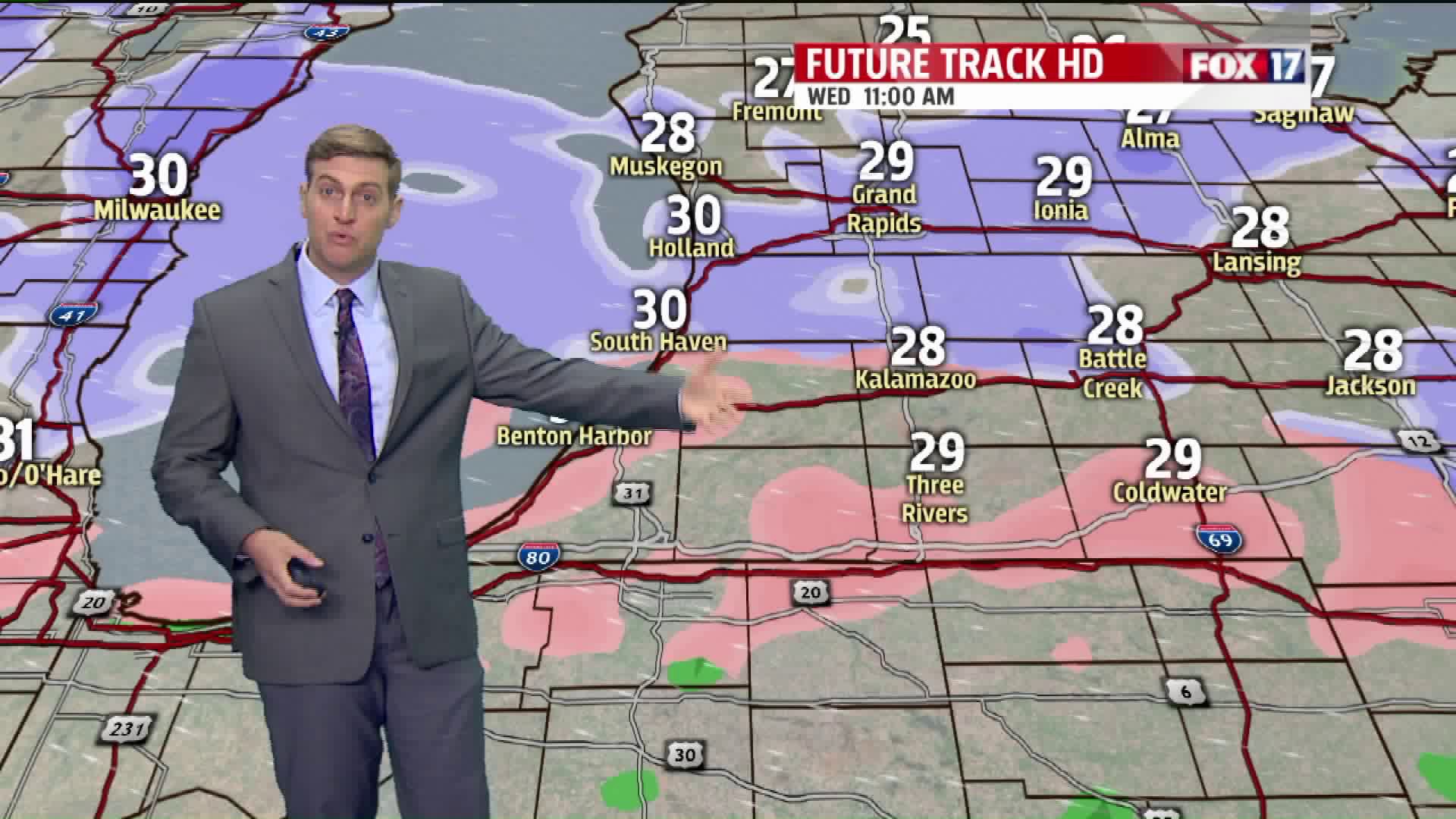 WEST MICHIGAN- Whenever the term "wintry mix" comes into focus in recent days, many people will relate it to their experience a couple of weeks ago when over 100,000 people were without power.  First and foremost, this storm is going to be nothing  like the previous system.

Ahead of this system, a multitude of winter storm warnings and winter weather advisories have been posted.  While we're not under an advisory during the time that I'm writing this, I fully expect us to be involved in something before the day's end.

I mentioned this won't be near the scale of the storm that affected us a couple of weeks ago, but I want to break a couple of things down for you so you know what to expect on Wednesday.  First of all, I don't really expect a lot of schools to cancel, if any.  Keep in mind, I don't have anything to do with that, but I would suspect the snow is going to hold off until much later in the morning.  That means the impacts from the snow won't really be felt until most of the kids are already in school.

We can deal with the snow, but it's the freezing rain/drizzle that always causes more of a problem than anything.  This time, unlike our last big system, the rain will be much lighter.  In fact, a dry slot of air is expected to settle in between this system, and I think that limits our heavy precip chances.  Still, this is during the time when a lot of kids are heading home from school on the bus or getting picked up.  Could this cause an early release or just an early cancellation in some spots?  Possibly.

The biggest difference here is the milder air that settles in very quickly.  Since temperatures are going above freezing later in the day, I think that really limits many issues that would be created if the temperatures sharply dropped.  Bottom line: it's going to be slick at times, but I think it's very manageable if you give yourself plenty of time.  I'm sure there will be some power outages, but I think it's going to be relatively isolated, especially in regards to a couple weeks ago.