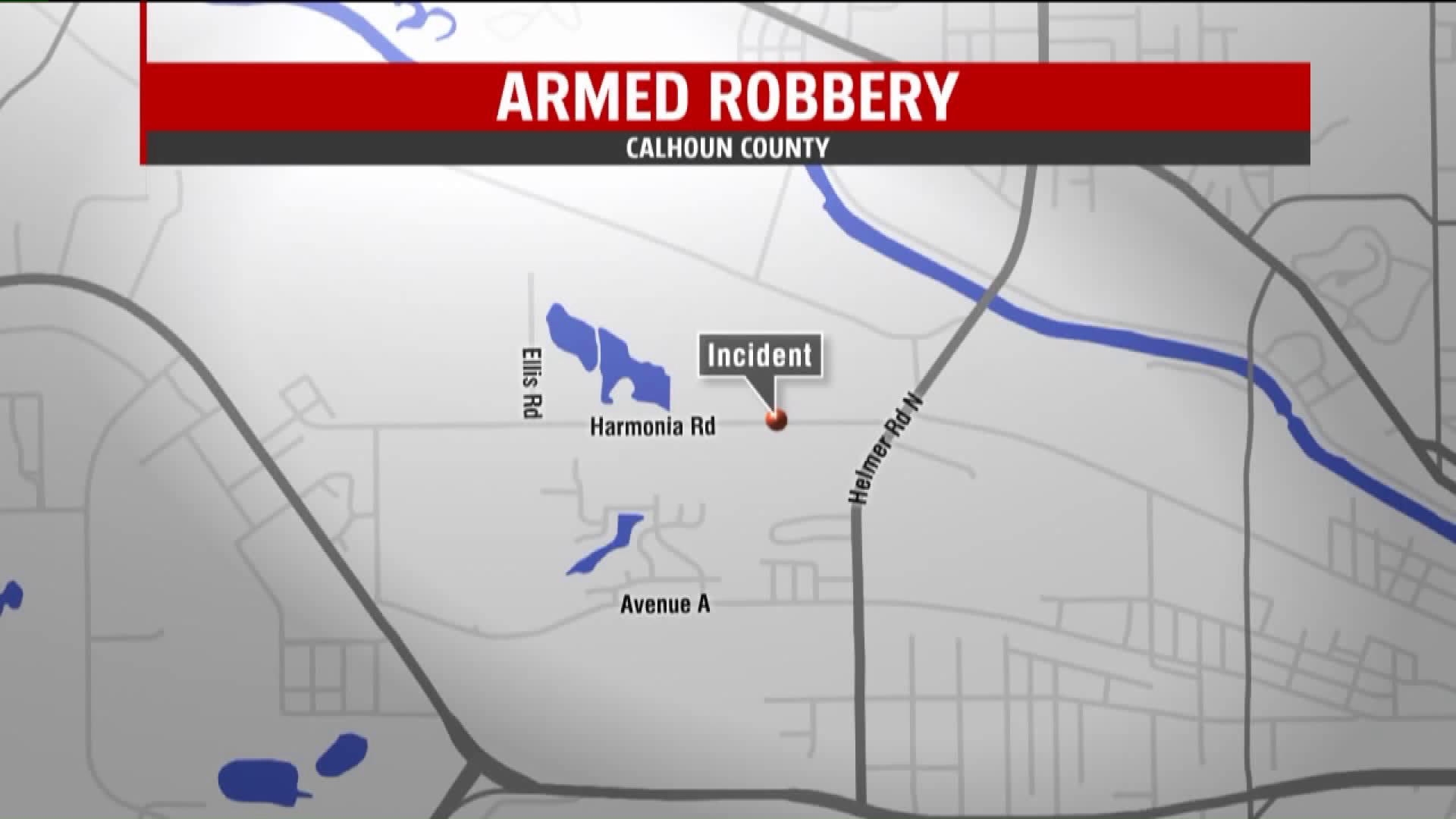 SPRINGFIELD, Mich. -- A man is facing armed robbery charged after trying to rob someone he was buying marijuana from.

It happened around 7 p.m. Monday at the Thunderbird Trailer Park, Harmonia Road.

The suspect, a 20-year-old from Portage, reportedly drove to the man's house to buy marijuana but instead pulled out a gun and demanded the drugs.

Deputies say the victim, a 21-year-old from Battle Creek, was able to go back inside his home and call police but not before the suspect took off.

He was located a short distance away and arrested.