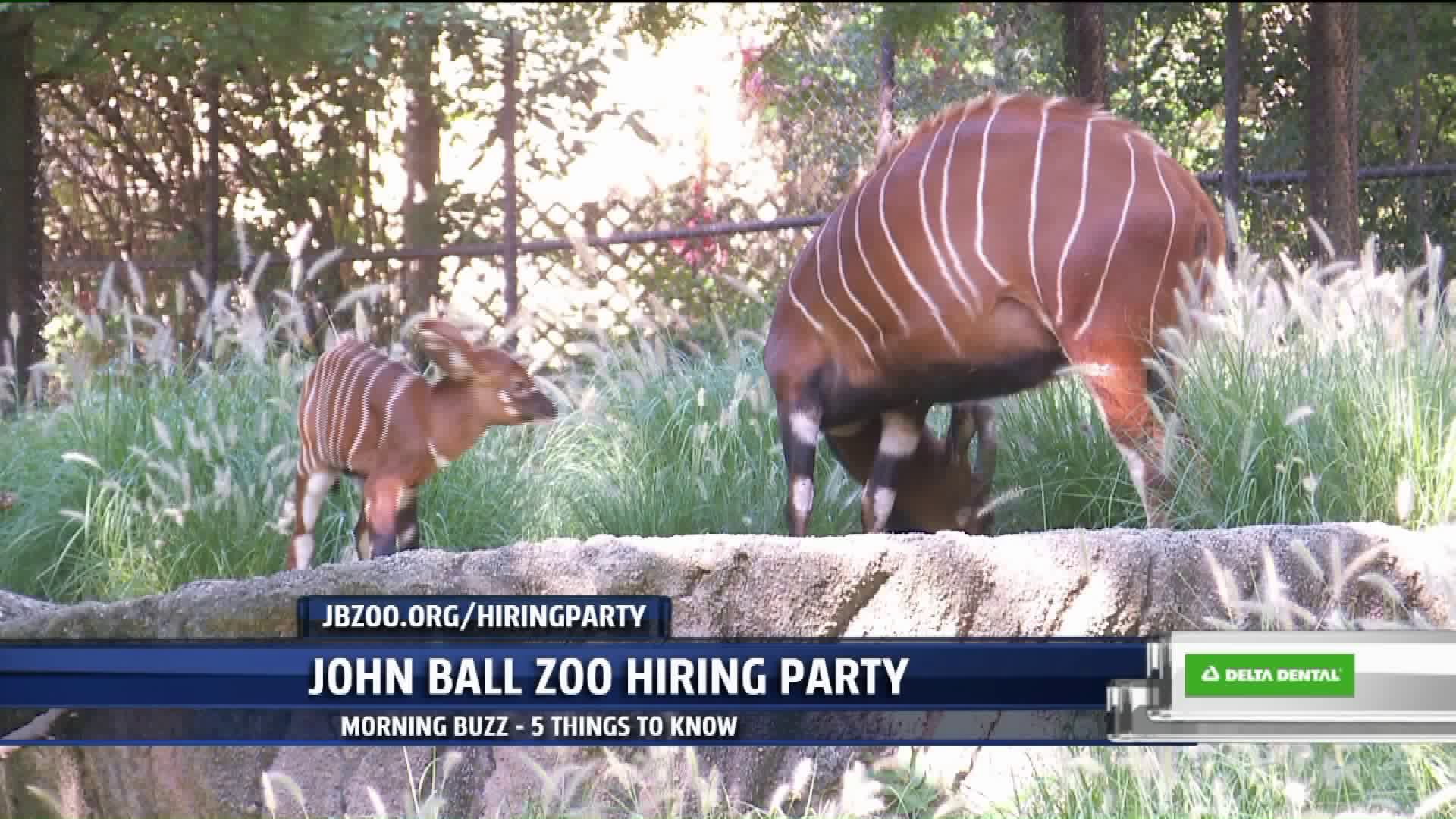 1. Work where the wild things are! John Ball Zoo in Grand Rapids is trying to fill a few positions at a hiring party later today from 4 to 7 p.m.

Along with on-site interviews, the zoo is also making it a party, with strolling animals, giveaways, games, food, and more.

Make sure to bring a resume and dress to impress!

2. It's a one-stop shop for all  things Laughfest, and it's now open!

Laughfest Central opened Monday in the Waters Building off Ottawa Avenue in Grand Rapids. It's your go-to for tickets, information, merchandise, and just about everything else during the 10-day festival.

Laughfest Central is open from now until the end of the event on March 17. For even easier access, the online headquarters is at laughfestgr.org.

3. There could be a silver lining to the Polar Vortex that swept through West Michigan. Researchers say up to 95 percent of stink bugs may have been killed this winter.

They also believe a few other bad bugs like the Emerald Ash Borer did not survive the freezing temps either.

But that doesn't mean these pests won't show up in the spring. Experts say the adults may have already laid eggs which will hatch when it gets warmer.

4. Hidden Valley is releasing new dipping sauces that will take dipping obsessions to a whole other level with their new product, "Blasted".

They're currently available at Meier and Hidden Valley's website.

5. Vinyl albums have had a resurgence in popularity for a few years now, so it was only a matter of time before VHS tapes made a comeback too.

Urban outfitters is selling old VHS tapes for $40. They have a random assortment of genres of movies from the 90's including horror, comedy, sci-fi, or romance.

It might be difficult to find a way to watch them though, the last company to sell VCR players stopped making them in 2016.