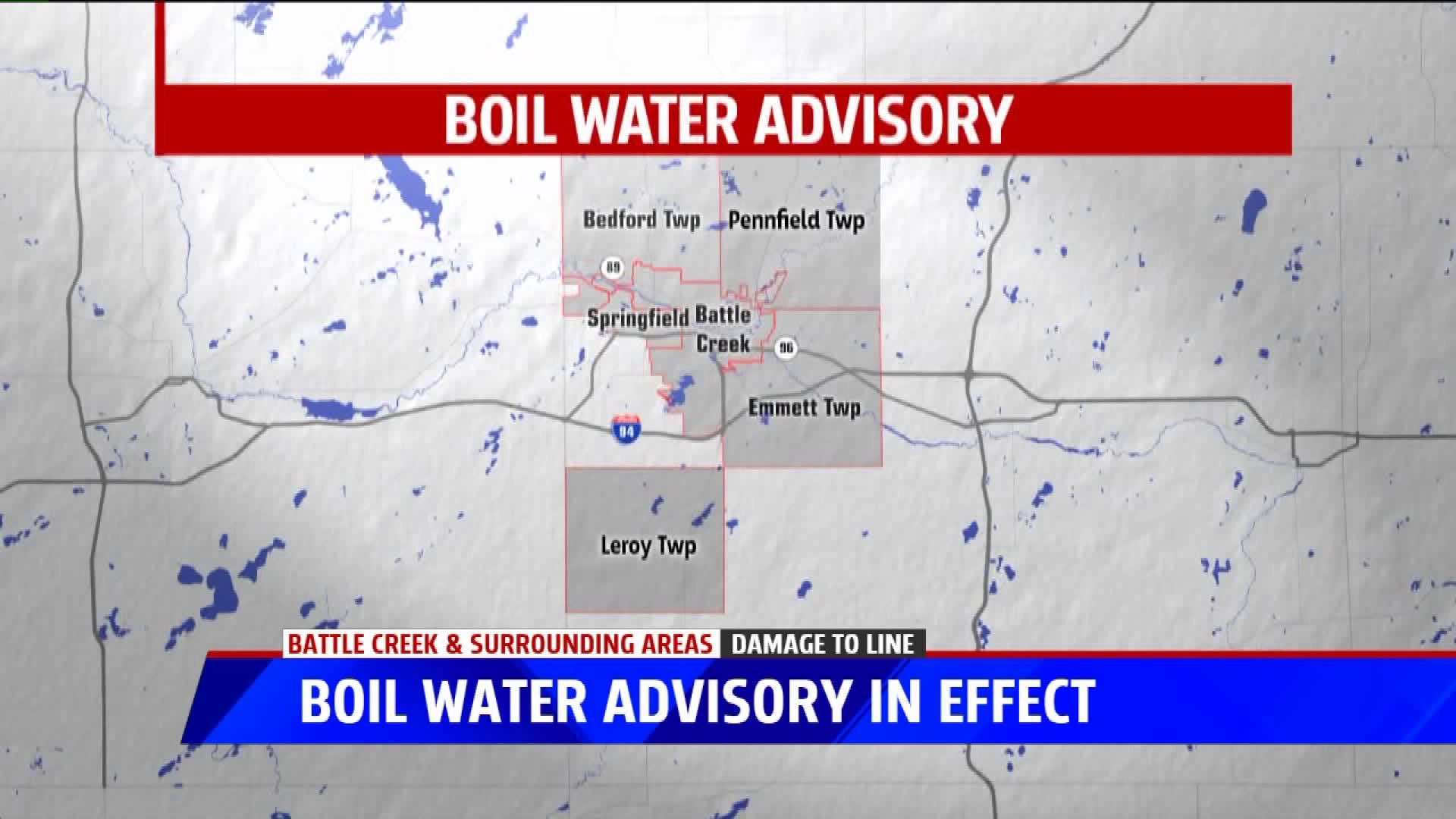 There’s no timeline as far as when the boil water advisory will be lifted, which is causing a headache for residents and area businesses.

Nearly seven hours after a boil water advisory was announced in Battle Creek, Kelli Ryan’s water is still brown. She showed FOX 17 the light-brown shade of water coming out of her kitchen sink, saying it was the best it’s looked all day.

"Earlier it was dark brown, like somebody jumped around in a mud puddle," she said.

The city manager of Battle Creek, Rebecca Fleury, says a line near the Verona pumping station suffered damage early Tuesday, lowering the water pressure where contamination could enter the system.

It affects all Battle Creek and Springfield residents along with people in Bedford, Emmett, Leroy and Pennfield townships.

All residents have to boil their water before drinking or cooking with it, but officials say it should be safe for washing. Ryan said she needs to head to the store to buy bottled water for her and her five dogs.

"What am I boiling out of it?" said Ryan. "That’s what I want to know. What’s in it? I won’t let my dogs drink dirty water."

Businesses in Battle Creek are also seeing the effects.

"As soon as they told us about it, we started digging into it and figuring out what we needed to do," said Matthew Nelson, an employee at Pastrami Joes. "We made sure that it was real and made sure the health department knew and got all that figured out.”

Nelson says they’re still open since they don’t need water for most of their items, but they did have to shut down their fountain beverage machine.

"We have plenty of bottled pop choices so it didn’t really affect us that much, but we did have to take down the fountain pop machine and tell them they can’t do fountain pops," said Nelson.

But with a young daughter and two dogs at home, Nelson says he’ll prepare for this to last as long as he needs to.

Fleury says officials aren't sure when the boil water advisory will be lifted, but says crews are actively working to repair the system and that water samples have been taken. Fleury says she hopes to have an update Wednesday afternoon.