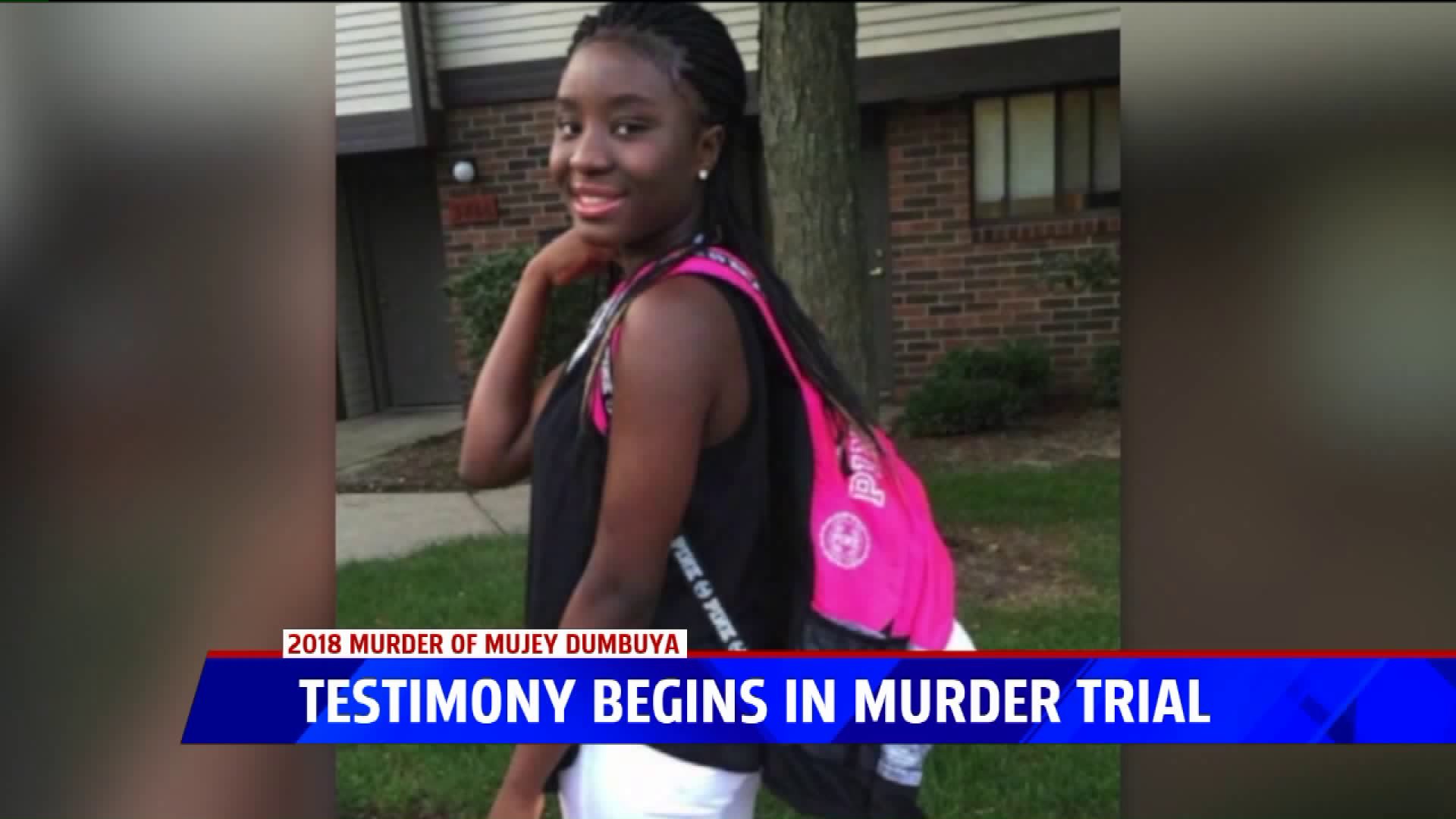 GRAND RAPIDS, Mich. — The trial of a man accused of killing an East Kentwood student is underway.

Quinn James has already been convicted of raping 16-year-old Mujey Dumbuya. He is also charged with first-degree murder and is accused of killing her just weeks before she was scheduled to testify against him for raping her.

Dumbuya's body was found in a wooded area in Kalamazoo on Jan. 28 last year, four days after she was reported missing.

Prosecutors focused on the evidence against James in the case: his DNA that was found on her body and inside a black GMC Acadia he had rented that was seen on trail cameras near the scene where her body was found.

James’ defense claimed Dumbuya ran away from home and that anyone could have killed her.

However, Dumbuya’s mother testified that she nor anyone else in their family had ever been to Kalamazoo.

Jonathan Schildgen, James’ defense attorney, says prosecutors have nothing more than an “obvious suspect” after his client’s rape case.

“It’s like tunnel vision. When all you have is a hammer, everything looks like a nail,” Schildgen said. “Well in this case, they had what they believe was this motive, and everything that Quinn does, now looks guilty.

“He’s late to an appointment, guilty. He’s getting a car wash and he’s returning to the dealer that day, guilty.”

At his trial for the rape, James admitted to police that he had had sex with Dumbuya when she was 15 years old, but says he thought she was 16.

The trial is expected to go through the week.

James has already been sentenced to serve at least 20 years in prison on the rape charge. He is facing a mandatory life sentence if found guilty of murder.