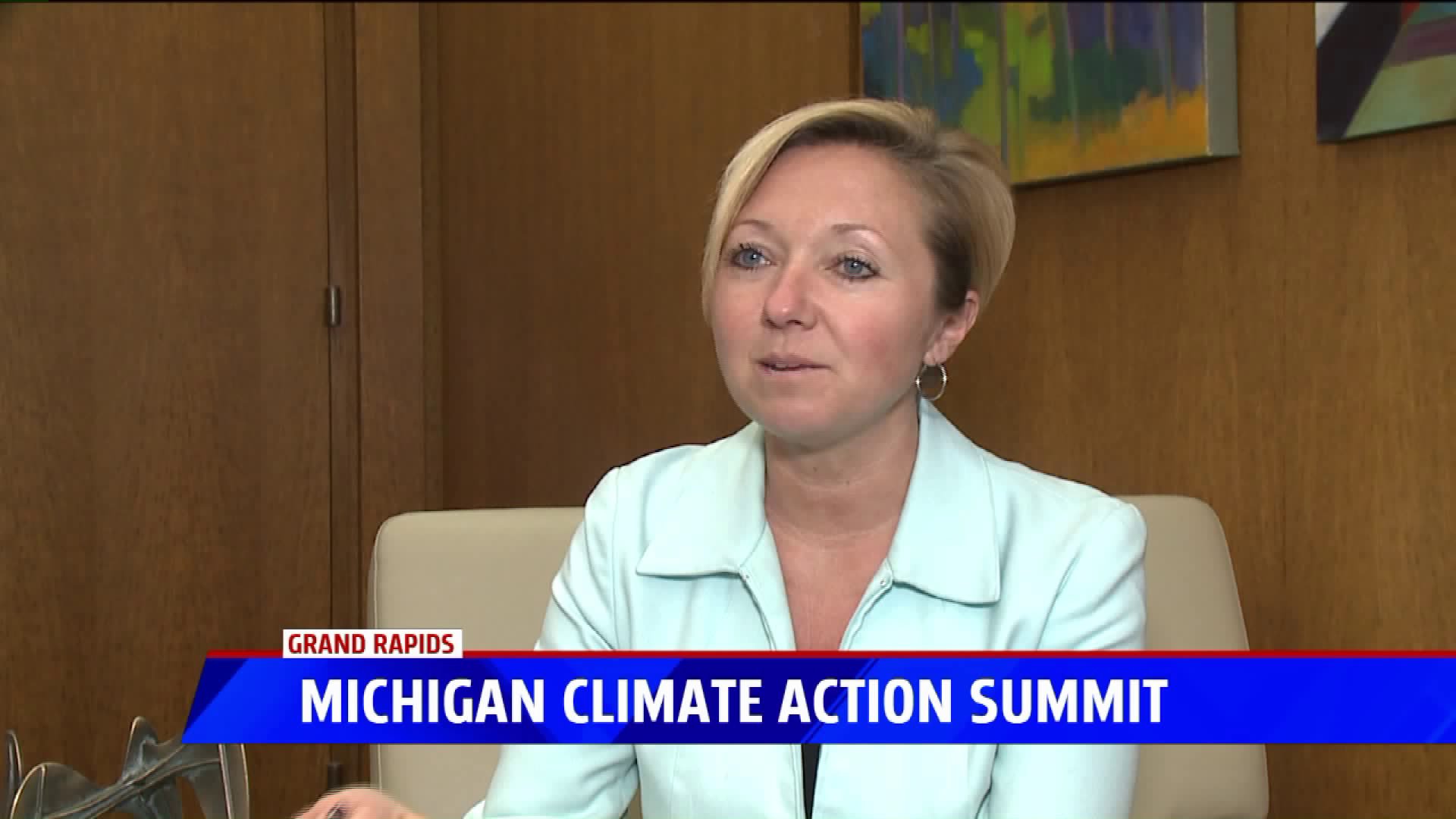 It's meant to help Michigan become a leader in addressing climate change and comes months after Governor Whitmer was elected with a promise to address climate change.

"I think it's important, it's always been important but more now because the federal government has stepped back and they`re not leading in this space anymore, " said Grand Rapids Mayor Rosalynn Bliss.

"In fact mayors across this country have stepped up said, we know that we need to lead, that cities need to lead when it comes to addressing climate change and we`re gonna do that," she said

The summit is set for 9 a.m. at the Eberhard Center, 301 Fulton Street, on Grand Valley State University's Grand Rapids campus and is meant to set a bold new climate agenda for Michigan.

Tickets are sold out with more than 300 attendees expected.