Cassidy Boensch rises up at GVSU 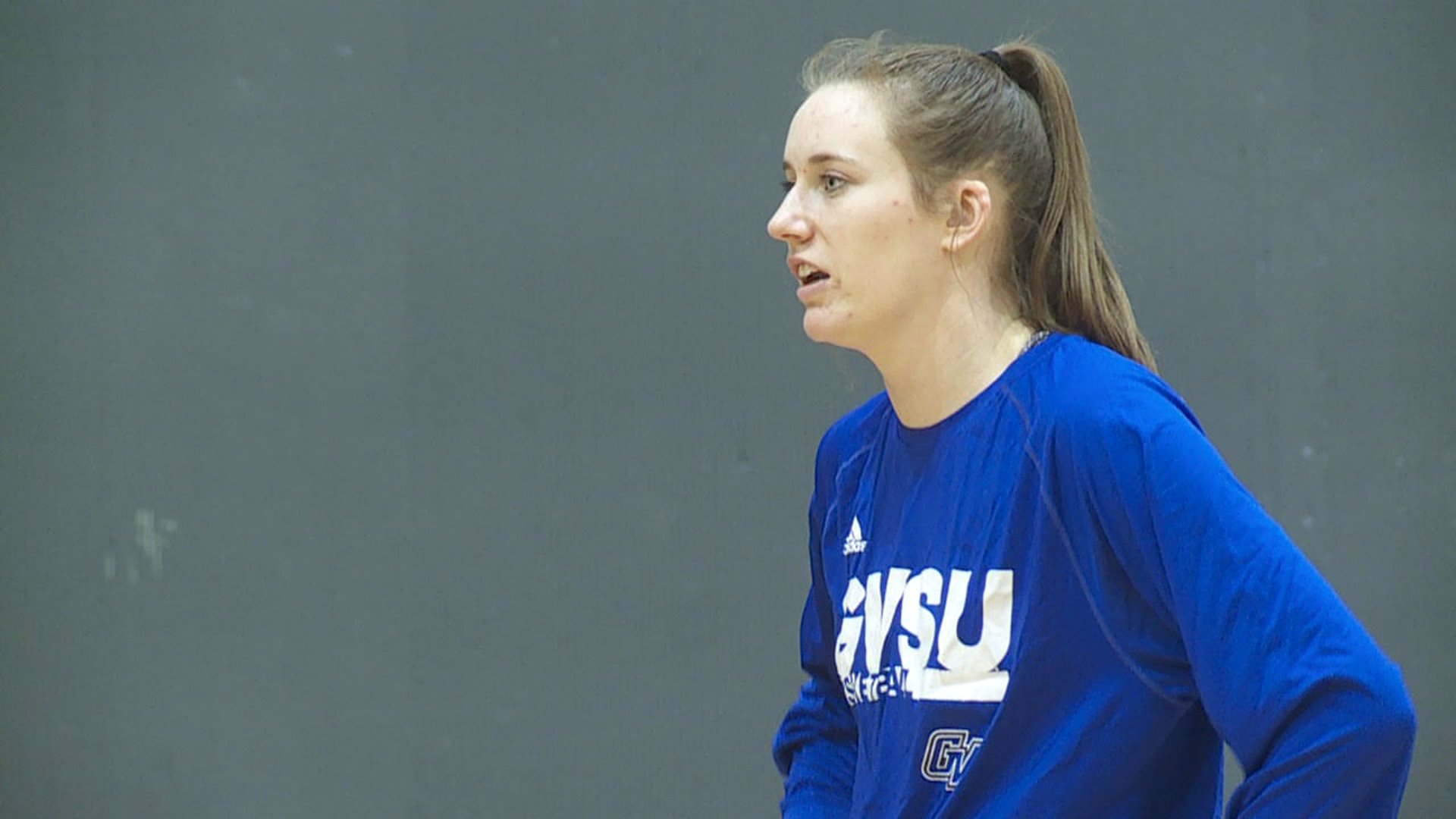 ALLENDALE, Mich. -- Grand Valley junior Cassidy Boensch continues to raise eyebrows across the country. The six-foot-four-inch center is leading the GLIAC in points, rebounding, and blocks. while she's second in field goal percentage.

"I've just been focusing on the details and what coaches say in games and in practice," Boensch said.

"I think she came in better shape this year," Williams said. "Mentally, she's had to overcome some hurdles. I think things were always easy for her, but her freshman year wasn't as easy."

On Feb. 14, Boensch put up one of the most impressive performances in program history, scoring 38 points and grabbing 23 rebounds in just 26 minutes of play in the win over Saginaw Valley.

"It's just how crazy, how well we were working together," Boensch said, "especially my position. You can't do anything alone, so the number of passes that were dropped to me under the hoop was incredible."

It was a performance Coach Williams couldn't believe.

"Did she have any assists?" he laughed. "No. Our players did a great job of finding her. I think that's the best game since I've been here in four years, where our post passing was just spot on."

The Lakers only have two seniors on this year's roster, so Boensch and her fellow juniors have had to take on a leadership role.

"The leadership was distributed evenly," Boensch added, mentioning the senior class. "I think everyone has taken their separate role, and we have a lot of freshmen this year, so we took them under our wing and made sure they're transitioning well."

With all of the impressive numbers she's putting up, it's hard to believe she still has another year of eligibility.

"Sometimes it freaks me out I am a junior," Boensch laughed. "It feels like I was a freshman yesterday, but it's flying by. There's a whole other year left."

To see the progression from her freshman campaign to now is certainly eye-opening for Coach Williams. "Considering she didn't play much her freshman year, I don't know if that was her or me, I'm still trying to figure that out," he laughed.