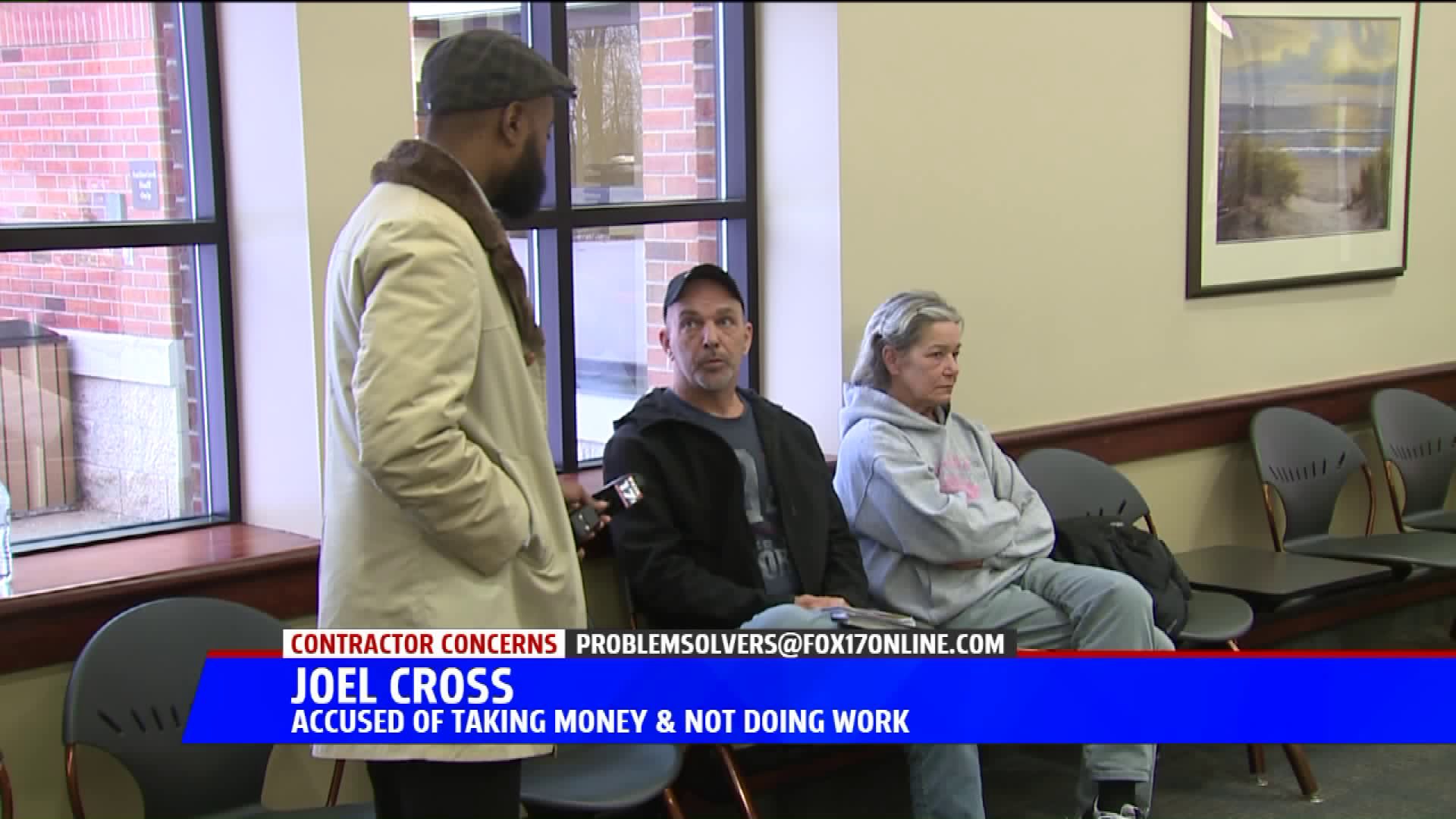 OTTAWA COUNTY, Mich. -- Another questionable contractor previously featured by the FOX 17 Problem Solvers found himself in front of a judge Wednesday. Joel Cross is now fighting a fraud-related charge.

In May 2018, Cross was paid to build a carport for a homeowner in Walker. Rose Bush paid $3,000. She happened to be Cross's mom's best friend.

"I don't know what he did with the money, but I can't afford to support him," Bush said in October.

Bush said she paid Cross in full up front in May 2018, but his failure to return and start work prompted her to call the Problem Solvers for help in October. At the time, Cross told the Problem Solvers he had come down with an autoimmune disease that made it difficult to walk and work.

"Five months after he was supposed to have ordered [the carport], he says he was sick,” Bush said. “So how does that get into it at all? It should have been up and installed by then, and it was never ordered."

The Ottawa County Sheriff's Office issued a warrant for Cross’ arrest, and the prosecutor pressed charges. Wednesday in court, Cross maintained his innocence.

"I'm disappointed that he's pleading not guilty, because I have all the evidence against him," Bush told FOX 17.

Cross is headed to trial, but he said the court process could have been avoided. "[The money's] been in the court's hands a month ago," he told the Problem Solvers. "She hasn't gotten her money, because we're in court.”

But Bush says the money being held by Cross’ lawyer. "His lawyer has a check for me for $3,000, but he hasn't mailed it yet. He's waiting to see if he has to, which the prosecutor told him it'd be in his best interest if he did it right away."

"I don't necessarily think he has to go to jail. I just don't want to see him do it to anybody else," she said.

When asked if he regretted what things have come to, Cross said, "Yeah, I have a lot of regrets but no comment. I feel bad about this, but this ain't helping."