Woman critical after crash with cement truck in Kent County 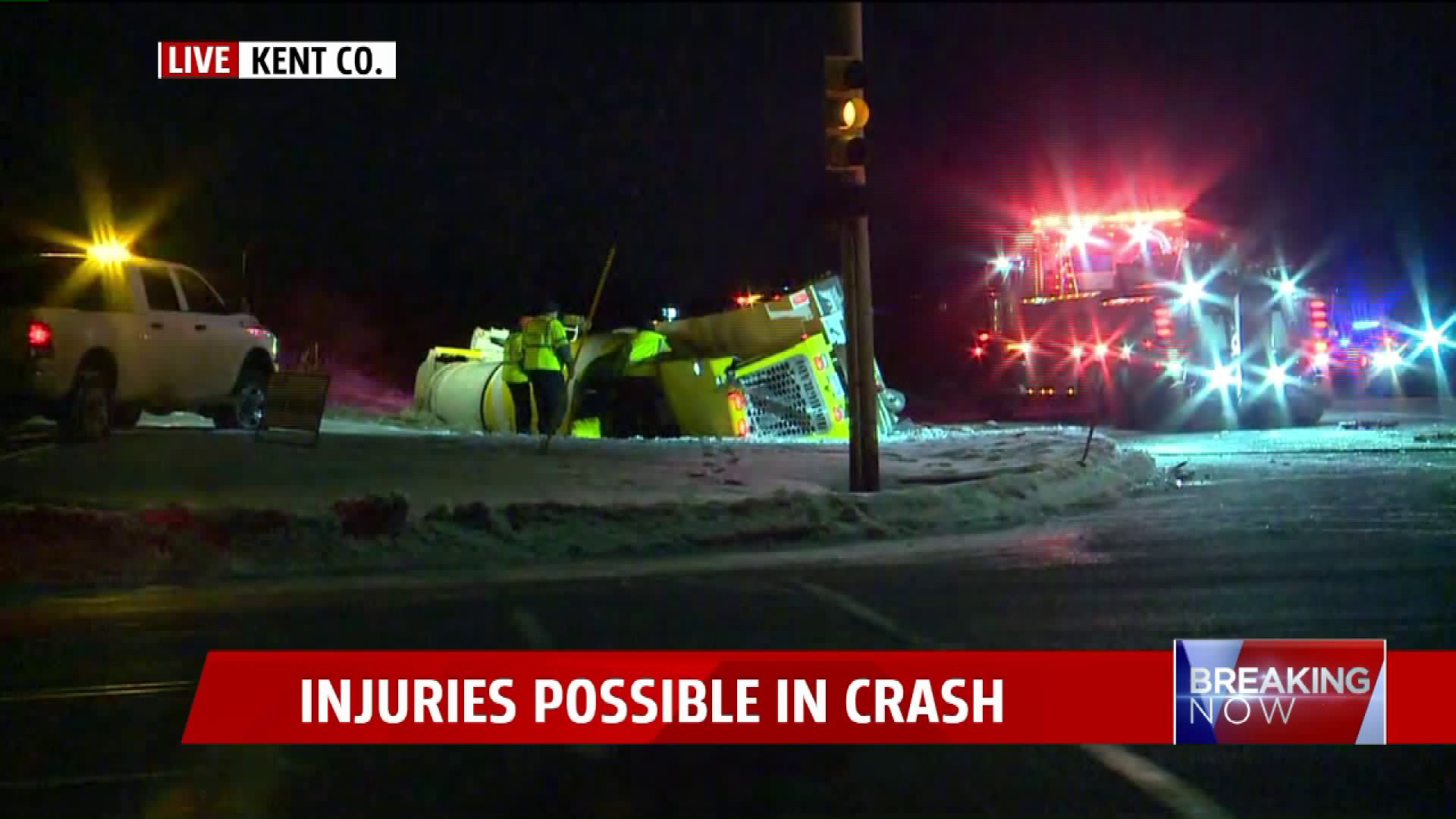 DUTTON, Mich. -- Emergency crews worked for hours to upright a cement truck that flipped on its side during a crash with a car.

It happened near the intersection of 60th Street and Patterson Avenue in Kent County shortly after 1:15 a.m. Wednesday.

The cleanup closed Patterson between 60th and Broadmoor Avenue SE. The scene was cleared shortly after 7 a.m.

Officials on scene say the driver of the other car involved in the crash, a 24-year-old woman, was critically injured in the crash.