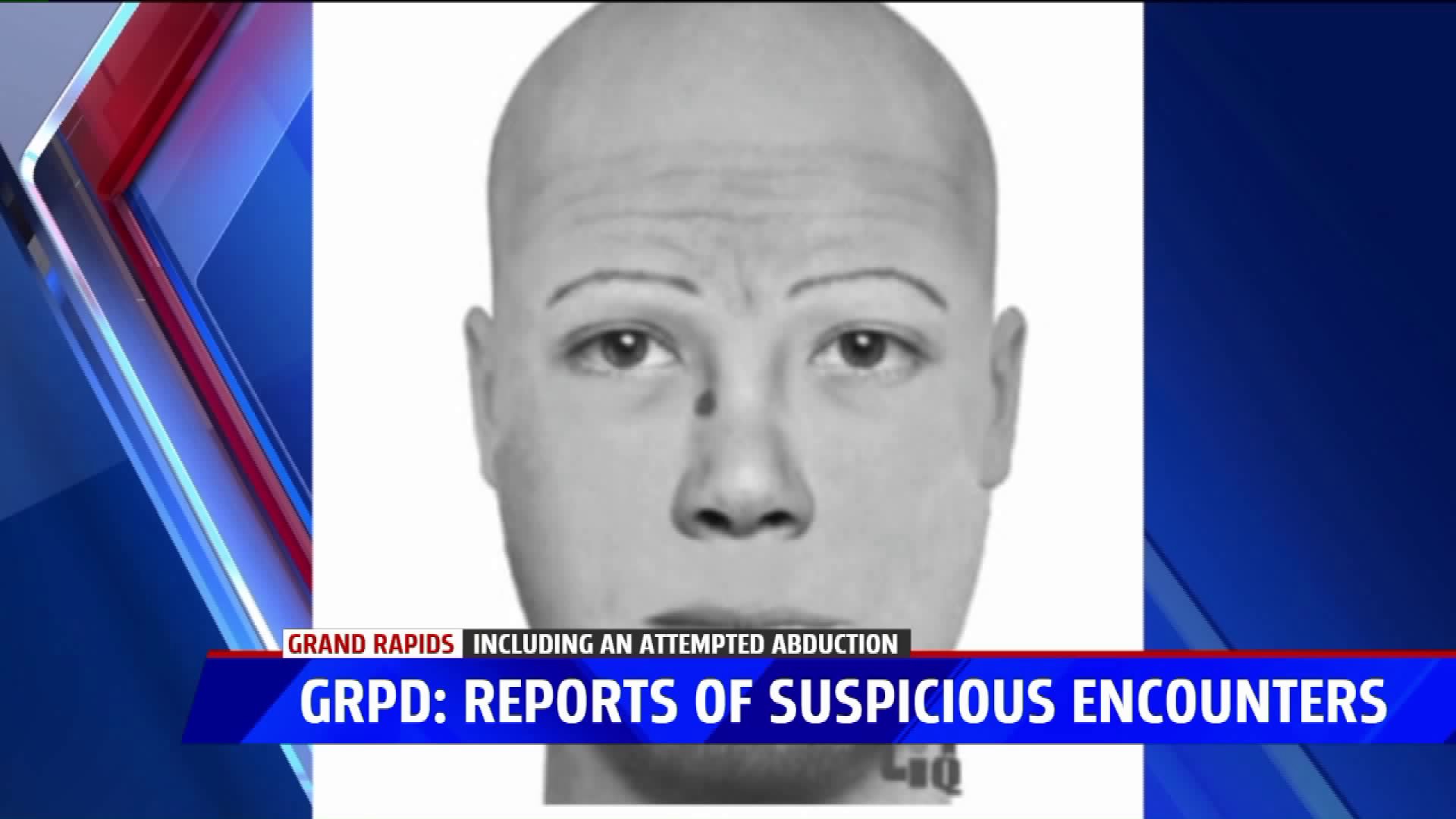 GRAND RAPIDS, Mich. — Grand Rapids police have released a composite sketch of a man who suspiciously approached a teenage girl.

The incident happened between 3-3:15 p.m. Feb. 18 near Franklin Street SE and Dolbee Avenue SE. Police didn’t release specific details regarding the encounter, but called it a suspicious incident and said was reported by a 14-year-old girl.

“This child felt uncomfortable. This person offered them a ride and so they were able to recollect well enough to create that composite sketch," says Sergeant Cathy Williams. "Doing our due diligence, we want to get that sketch out to the public, whether there was an actual intent for crime, we don’t know that yet.”

Police say the man is a white man in his 40’s with a dark mark or mole on the side of his nose under his eye, and that he was driving a dirty white pickup truck.

Another attempted abduction was reported on Feb. 13 on Sigsbee Street between Diamond and Barth avenues. Police say a man approached a 14-year-old girl and her 12-year-old brother on their way to school in the morning.

The suspect offered to drive the children to school and grabbed the girl by the neck after the children hesitated, police say.

“We take these reports very seriously and so we felt the need to make the public aware of that incident so they can have those discussions with their children," Williams says.

Since the Feb. 13 incident was reported, three other reports have been made by children throughout the city regarding suspicious people. None of the additional reports share commonalities with descriptions of suspects, vehicles, locations or time of day.

Anyone with information on any of the incidents is asked to contact Grand Rapids police or Silent Observer.

Williams encourages parents to have discussions with their children about coming to them if something happens that makes them uncomfortable, like being approached by a stranger.