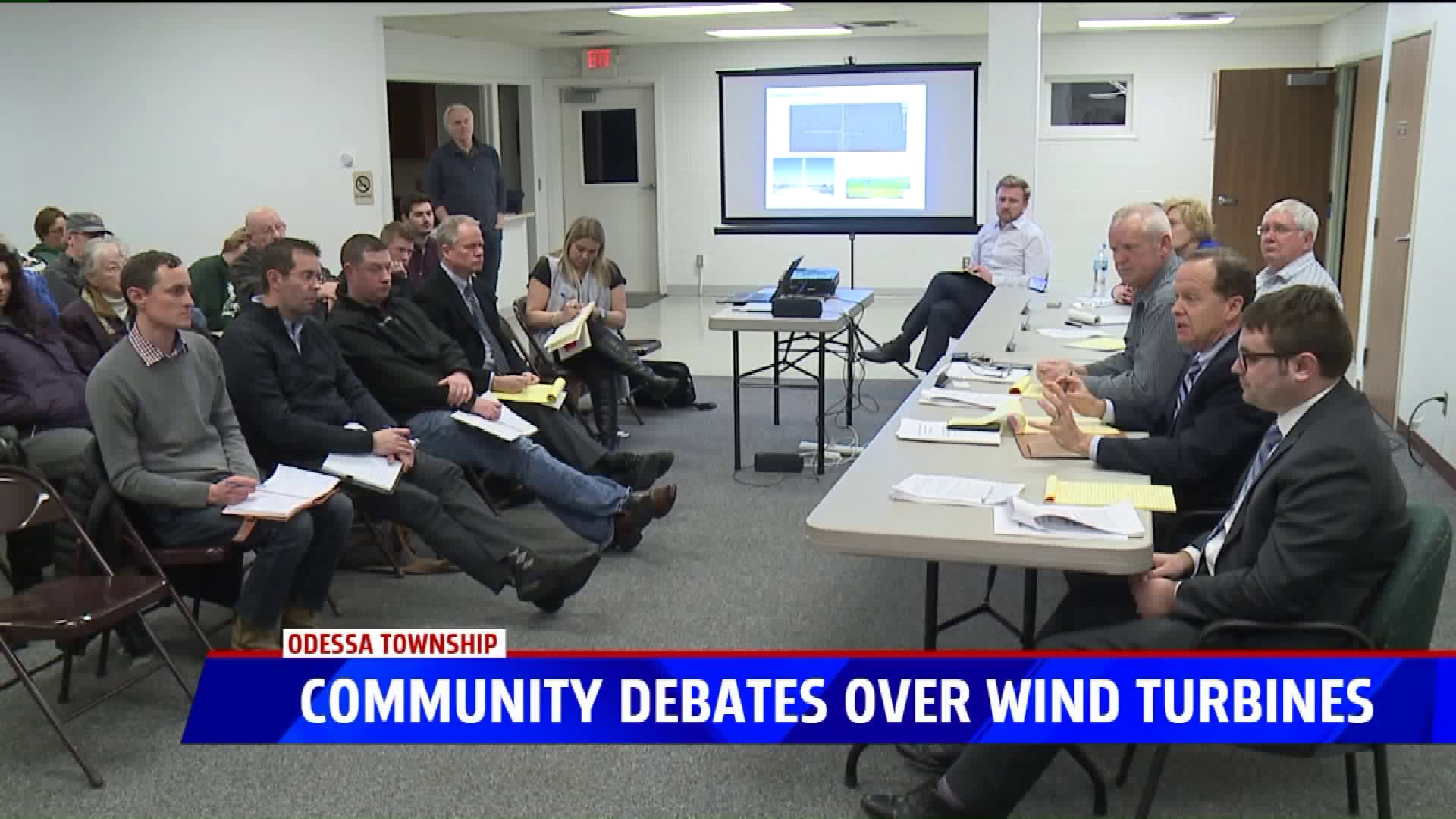 ODESSA TOWNSHIP, Mich. -- Wind turbines are on the table for discussion in Odessa Township. The community held a public meeting Wednesday to get people's perspectives. The room had mixed feelings, some saying the turbines would add a much-needed economic boost to the community, others raising familiar concerns about wind turbines, including blight and long-term damage to property values.

What makes it complicated is that Odessa Township isn't zoned, and neither is the county. That means regulating what property owners can build on their land is difficult.

"So people have a right to do what they want with their property,” Township Supervisor David Bulling said. "I’m not here to infringe on that right. I’m just here to look at the big picture for the whole township and try to protect the residents and property owners the best we can."

However, some farmers who live on land where companies want to build turbines say they wouldn't allow it, despite potential financial benefits, mostly because it would affect their neighbors.

“We understand that many communities are struggling,”  Elisa Jackson said. "And we are not against; we are definitely proponents of renewable energy and always looking for resources to help our small little community, but we have to be very careful with what we leave when we are no longer here."

Others said turbines could be a step in the right direction.

“The wind is the future. It is the future,” said one resident during public comment. "They’re going to give this town all these benefits. The school was hurting, the city was hurting. They need some money. This is going to help."