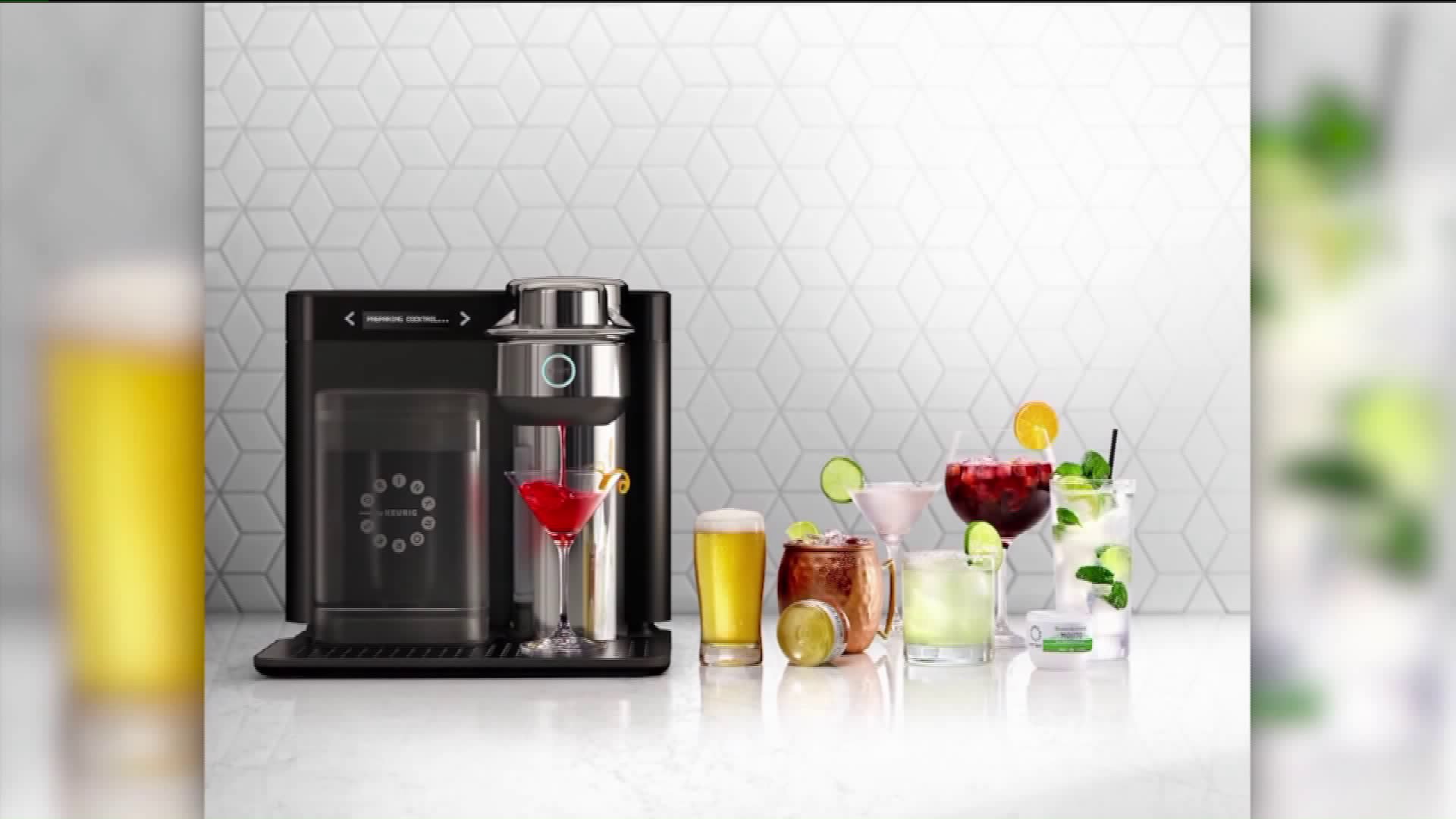 1. A West Michigan non-profit is hosting a daylong fundraiser hoping to raise money to fight childhood hunger in the community.

Kids' Food Basket is holding its day of giving event today with a goal to raise $24,000 in 24 hours.

The event is planned at its Grand Rapids location, with several family-friendly events.

Donations will be matched up to $10,000 by a local business owner.

Money raised will go towards the Feeding Our Future Campaign.

2. The final cement-pour took place on the sixth floor of the newly constructed Studio Park parking tower in Grand Rapids on Thursday.

The parking ramp is part of the Studio Park Development, which includes a movie theater, hotel and apartments.

The structure is expected to open sometime this fall.

3. Keruig is getting ready to expand their newest cocktail machine to other markets. It's called the DrinkWorks Home Bar, and works similar to a Keurig in that it uses single-serve pods to make drinks.

Instead of coffee and tea, the DrinkWorks pods contain liquor and wine along with natural flavors that can be mixed together.

The company started rolling them out for customers in Saint Louis last year, but now the company is expanding to Florida and California.

The company says customers must be of legal age to buy their pods online and in stores.

4. Happy hour is about to get even happier, because it's National Margarita Day!

Some restaurant chains are celebrating the holiday with special deals.

Chili's is offering three flavored margaritas for only $5.

TGI Friday's has select appetizers, beers on tap, and cocktails for $5.

So whether you prefer it on the rocks or frozen, make sure to ring in the weekend with a margarita..

5. Mark the calendars for an event next month featuring good food while raising money for charity at the same time.

100 percent of the money made from the fundraiser will be given to Helen DeVos Children's Hospital in Grand Rapids.

Last year, shops across the country raised more than $6 million for charity.