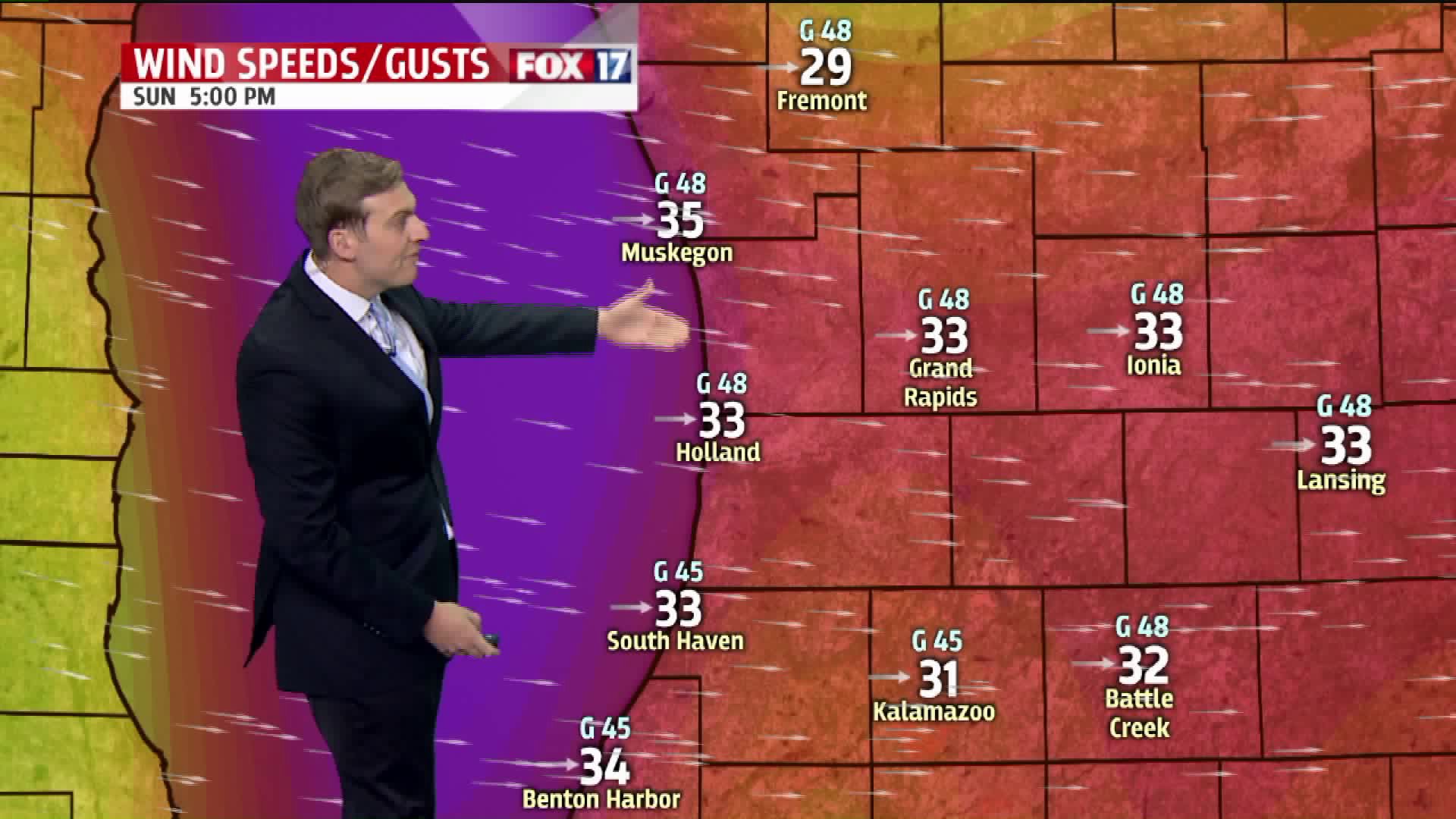 WEST MICHIGAN- You may have gotten an alert from your weather app (perhaps even our FOX 17 weather app,) that alerted you of a Winter Storm Watch in place for Sunday.  I don't know about you, but the first thing I think of when I hear something like that: significant snow.  But that's not going to be the case this weekend.  Wind is going to blow the snow around significantly, but the wind is going to cause far more issues than the snow.

A light mix will be possible on Saturday morning, but temperatures should be above freezing for the most part.  This will mitigate any major impacts, and I don't expect much more than a cold rain for a lot of us.

The next challenge that Saturday presents us is temperature.  If you're like many people, you probably turn quickly to a generic weather app for what to expect.  This is what you're likely to see, as I've highlighted with a circle.  Temps in the 40s this weekend...wow!  It's going to be so warm.  Why is this misleading? Temperatures won't reach these numbers until close to midnight both days!  If you dress for temps in the 40s, you're going to be miserable on Saturday.

Later in the day Saturday, temperatures will top 50 in a few locations!  Notice the time, though....  Technically, your weather app is right!  Maybe it even shows it in the hour by hour!  But if you glance at it, you're going to have a hard time figuring this out.  Even I can only manipulate the FOX 17 weather app so much, so it may have something slightly similar at first glance.

The significant portion of this storm lies with the sustained wind and the time frame during Sunday.  We can expect sustained winds from 25-35 mph with gusts between 50-60 for up to 12 hours!  This is where the main issue lies, not the amount of snowfall we'll receive.

Total snowfall by the end of Sunday ranges between 1-2."  Like I mentioned, we can easily handle this!  But when it's blowing around and drifting, the only issue this creates is low visibility.

The top two threats are sustained winds and gusts up to 60 mph and the power outages they may create.  In comparison to our last ice storm, I'm not expecting any ice on the trees, so downed power lines and downed trees will only be caused by strong wind.  Our 1-2" of snow is not much of a concern for us other than the low visibility it will create.