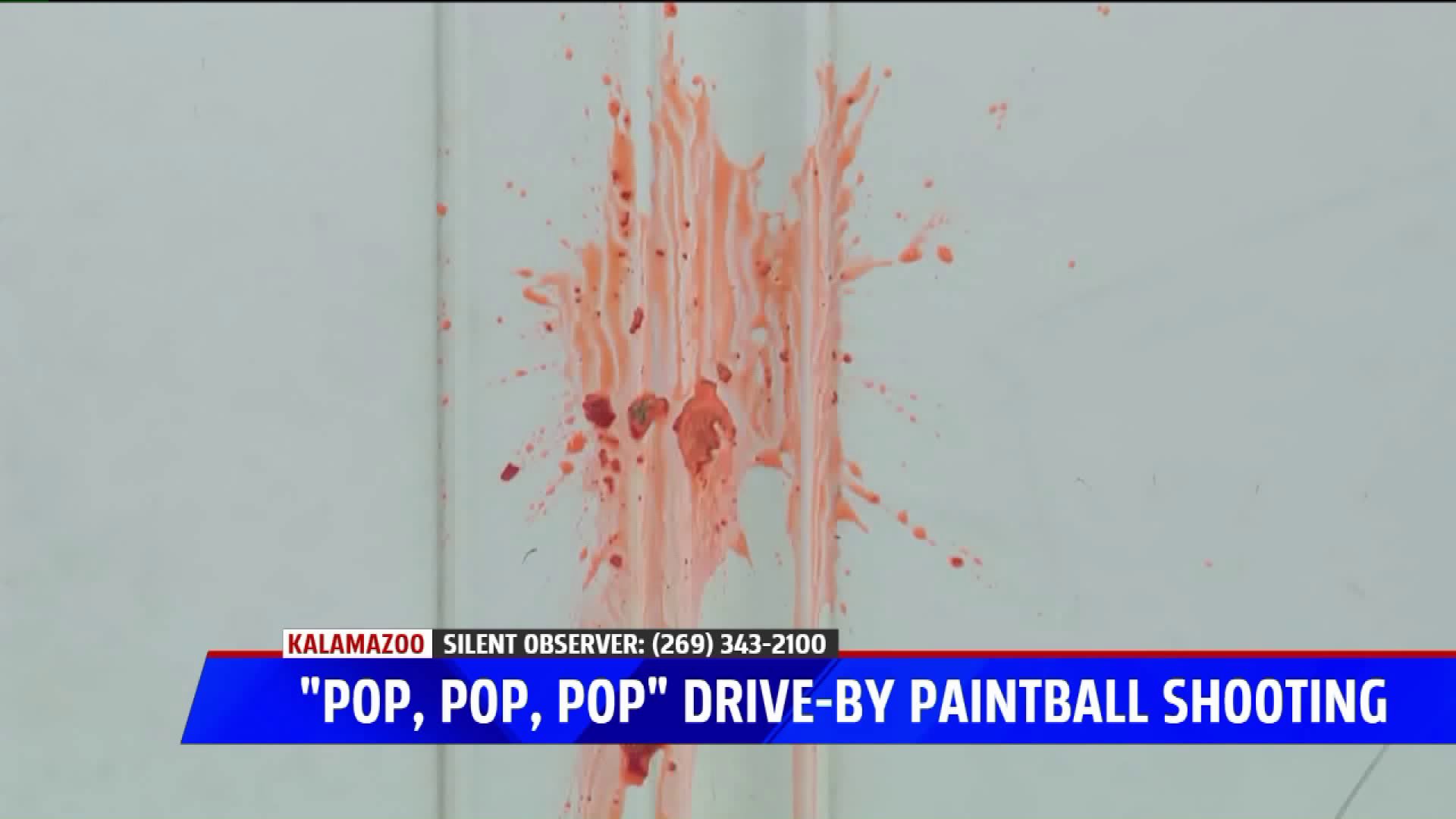 KALAMAZOO, Mich. — Austin Abdall said he was hanging out with his roommates and friends on his front porch Thursday night when a car sped down the road and shot paintballs at them.

“You can see a couple of bullets,” Abdall said pointing to the orange spots on his house on Greenwood Avenue. “A couple of us got hit. I got hit in the leg but I was wearing pants.”

Everyone was scared he said. One of his friends was hit in the arm. Minutes later the vehicle returned. However nothing happened. The car stopped at the red light at the end of their block. A police cruiser was two cars behind.

“We waved the cop and he’s like ‘Yeah we’ll get him right now,’” said Abdaal, a sophomore at Western Michigan University. “He flashed his lights and drove down the street.”

Police said they pulled over a white SUV. They couldn’t locate the paintball gun or any ammunition. However, they made contact with all the people in the vehicle.

“The driver was cited for not having a valid license,” said Executive Lt. Craig Habel with the Kalamazoo Dept. of Public Safety. “One of the passengers was arrested on a unrelated warrant.”

While in the area, police were approached by other victims that night they said. Another Western Michigan student had been hit in the face while grilling in front of his home.

“You could do some major damage with the speed that is being propelled,” Lt. Habel said during an interview at headquarters.  “When it smashes on someone’s skin, even their face, at worse, could do a lot of damage.”

Lt. Habel said using a paintball gun, outside its typical environment, is dangerous. The investigation is on going. Police are asking anyone with information to call the Silent Observer at (269) 343-2100.

“If we can determine who did this, they’ll be charged with a four-year felony, which is a felonious assault,” Lt. Habel said.