Winter wind storm brings another round of damage, power outages 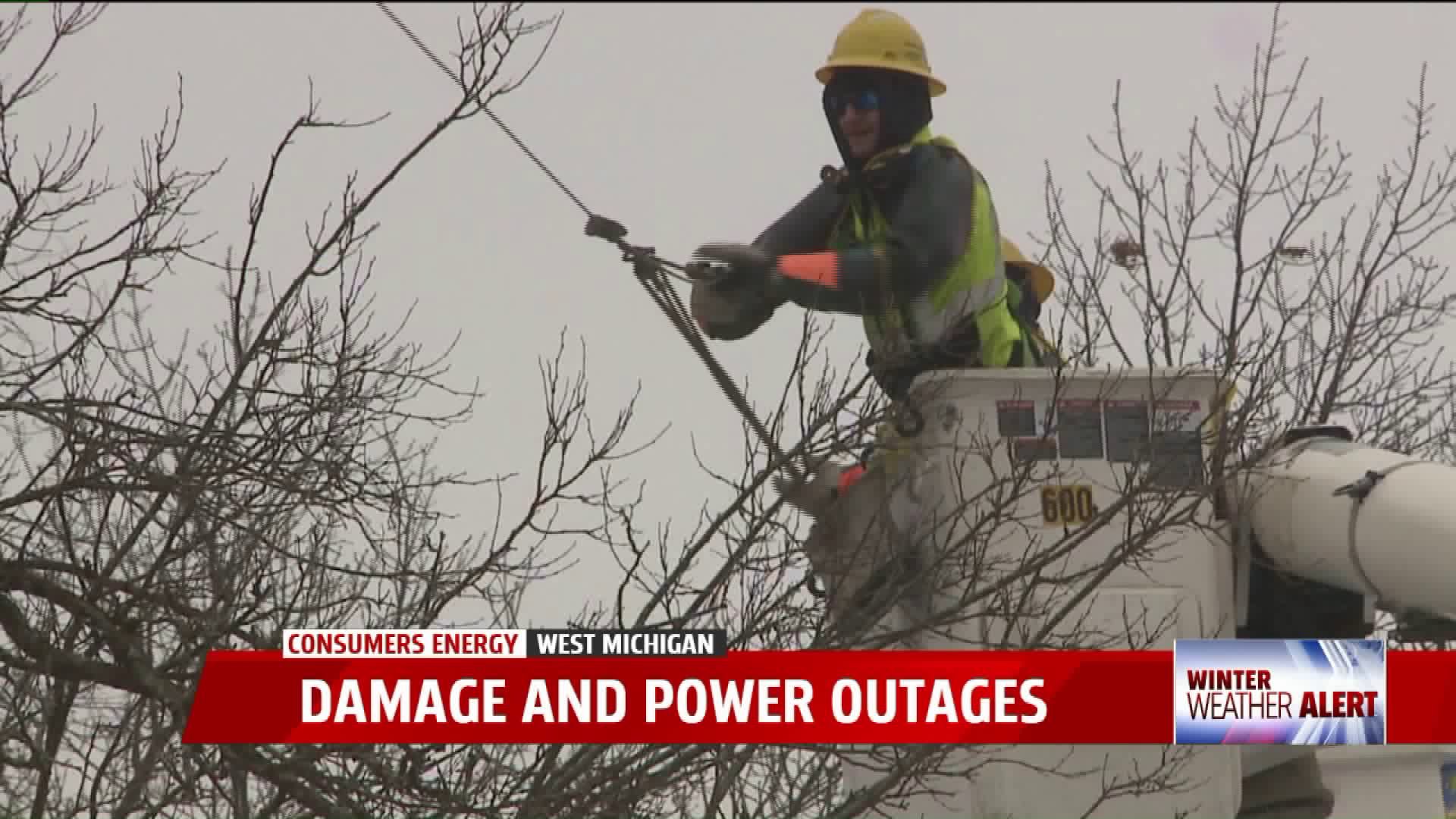 PORTAGE, Mich.-- Strong winds on Sunday took down trees and hundreds of power lines across West Michigan, leaving tens of thousands of customers without power.

Ruthann Luce has lived at her home in Portage for the last 50 years and has seen her fair share of wind damage come through her neighborhood. On Sunday afternoon, one of the last trees left standing in her yard was taken down by strong wind.

“I was just sitting in my recliner and I got up to look out to see what was kind of going on and I had heard like a ‘thud’ a little bit," Luce tells FOX 17. "Like I say and then I got up and I notice that the power line was down and electricity was coming out of it.”

A picture of the down tree on Woodlawn Drive and Vickery Road made the rounds on Facebook, which is how Luce's family learned what had happened. Her daughter and granddaughter came over right away.

“They came too because of all the commotion, wanted to make sure I’m okay and I’m fine," Luce says.

Power lines were taken down by the falling tree, leaving Luce and her neighbors without power.

Consumers Energy made plans ahead of Sunday's storm by bringing in workers from Kentucky, Tennessee, Indiana and North Dakota to assist its Michigan crews. Consumers Energy has a total of about 1,600 men and women working to restore power, often working 16-hour shifts, according to spokesman Roger Morgenstern.

“We plan on working throughout the night to get the power back on as quickly as we can," Morgenstern tells FOX 17.

While crews are hard at work, Morgenstern says it's important that people be safe by staying away from damage.

“You should stay at least 25 feet away from a power line because you don’t know whether it’s dead or alive because even a live line, if it’s not sparking, it can lay on the ground and it could still be live," Morgenstern says.

To keep Consumer crews safe while they get power lines back up, always be responsible when using a generator.

“If you’re running a generator, make sure that it is properly installed, that it doesn’t back feed electricity onto our lines," Morgenstern says. “Make sure that generator is outside, not even operating in your garage even with the door open because that enclosed area can still create carbon monoxide, which is odorless, colorless and can be deadly.”

Morgenstern says all customers should have power restored by the end of the day Monday. He says crews prioritize police and fire stations, hospitals, media and areas with the most customers.