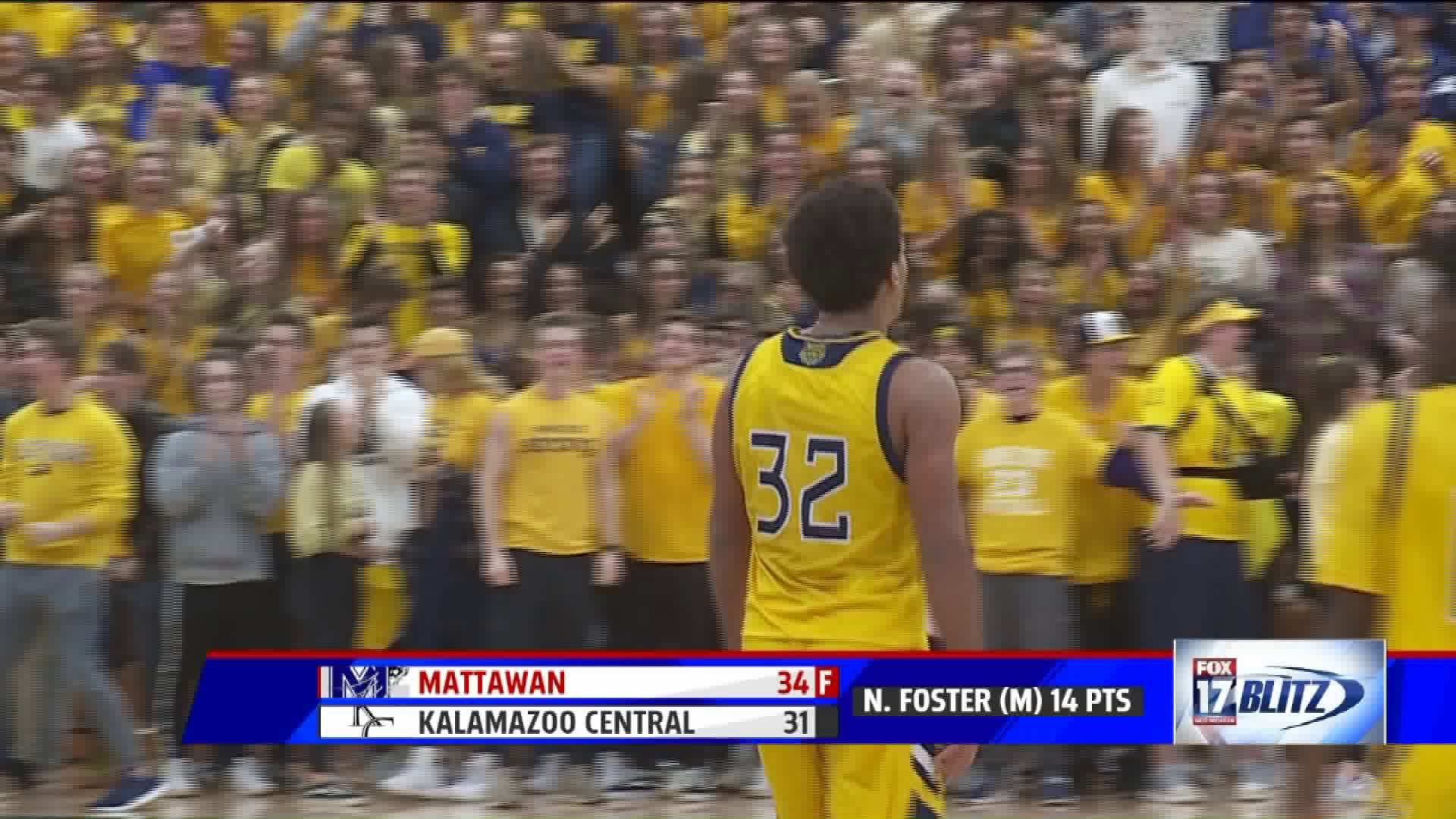 MATTAWAN, Mich. -- It was a close fourth quarter between Mattawan and Kalamazoo Central in the opening round of the boys' districts.

Nolan Foster converted on two layups in the final minutes, but it came down to a crucial rebound.

With the Wildcats leading 34-31, the Maroon Giants had a few chances to tie the game, but senior Jaden Mabin would come down the board to seal the win.

"I hate the term 'someone needs to make a play', but those crazy games come down to someone makes one or doesn't make one," Mattawan head coach Ward Helakoski said. "We made enough rebounds late. Jaden's rebound kind of sealed the deal."

It was a standing-room-only crowd at Mattawan High School, which made for a crazy atmosphere.

"It was so loud, I couldn't focus or pay attention," Mabin laughed. "All I was thinking was 'Get the rebound', and we won the game."

The Wildcats defeated Kalamazoo Central, 48-47, in overtime on February 5, making this their second win over the Maroon Giants in just a few short weeks.

"It means so much, it meant so much to us to beat them twice this year," senior Nolan Foster said. "We know what we gotta do to keep it going."