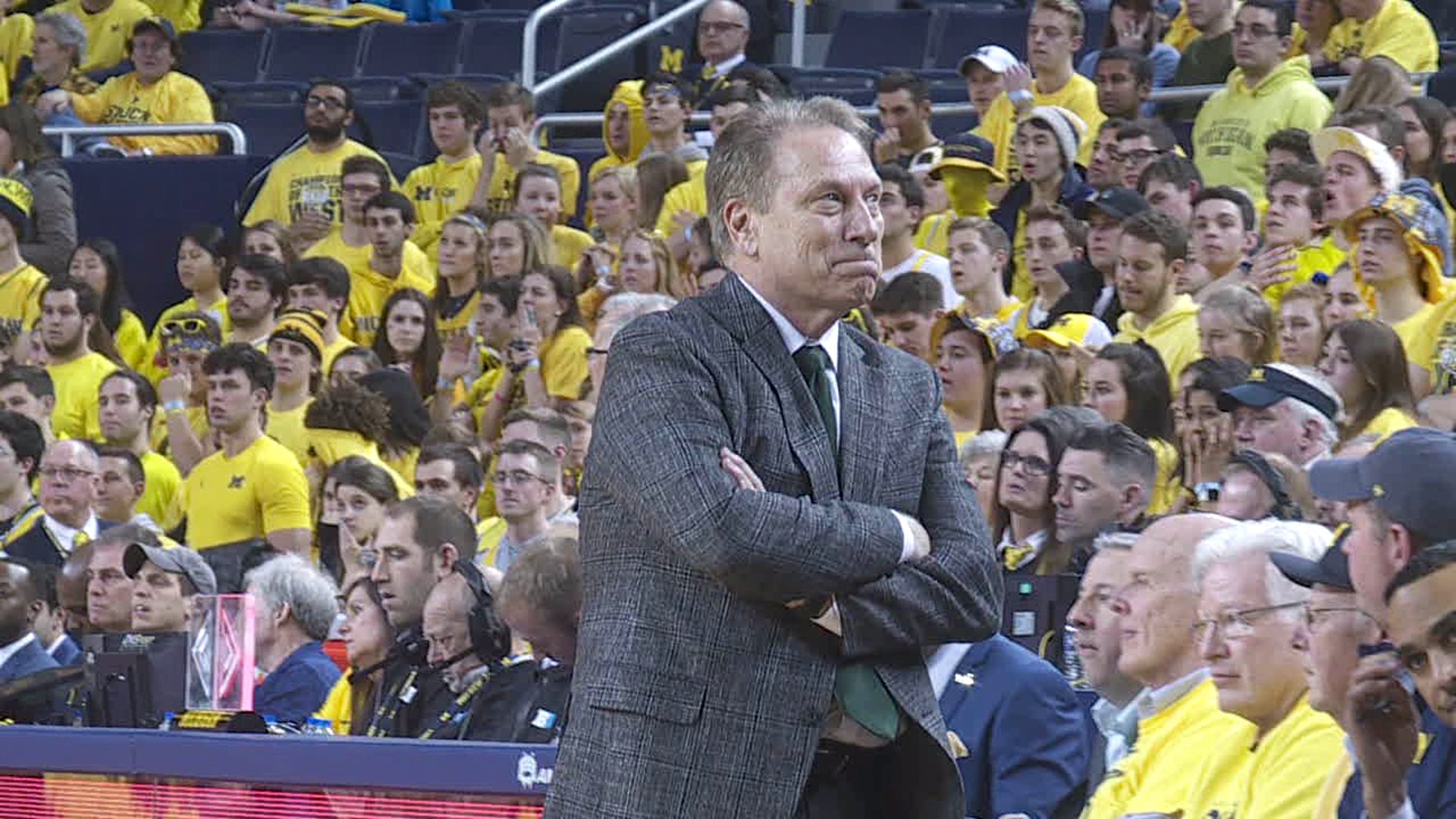 ANN ARBOR, Mich -- It was just the third time in series history that Michigan and Michigan State were both ranked in the top ten at the time of their meeting. Michigan State, battling injuries of Joshua Langford and Nick Ward, was given a minimal chance of winning the game. However, Tom Izzo's team embraced the underdog mentality and came out with the 77-70 win.

"It's not the first time we've been the underdog," Spartan forward Kenny Goins said, "and it won't be the last. We love being the underdog because we love shutting people up honestly, we knew we still had a good team."

Goins would record a double-double with 16 points and 11 rebounds but it was point guard Cassius Winston putting the team on his back, leading the team in points with 27 while contributing eight assists as well.

"I just led these guys," Winston smiled, "made big plays down the stretch but this was a team win, that's the best part."

Winston's leadership received outstanding reviews from his teammates after the game.

"Cassius showed great leadership vocally and leading by example, he was doing it all and I'm really proud of him," said guard Matt McQuaid.

Grand Rapids Christian product Xavier Tillman was also crucial in the victory, finishing with 14 points and five rebounds, adding the interior presence that the Spartans lacked after the injury to Ward.

"The next guy has to step up, the freshmen, myself, Kenny [Goins], we had to step up," Tillman said, "this is big for me. Growing up in Michigan, I've always known this rivalry and my mom went here and it was just big that we could pull out the win tonight. I always knew how big this was, not only for me but for Spartan basketball."

Michigan State's defense would hold the Wolverines to just 7-of-26 shooting from behind the arc.

"Once you see three, four maybe five stops in a row we knew, 'okay we got them,"' Winston added on MSU's late defensive performance.

Michigan head coach John Beilein wasn't too upset in the postgame press conference, instead taking a step back to appreciate this great rivalry.

"This has been a great decade for me personally," Beilein smiled, "to be able to compete with a great team like that."

The Spartans and Wolverines will meet again in the regular season finale on March 9th at the Breslin Center.

"We're going to enjoy this, then tomorrow keep moving," Matt McQuaid added, "we know we play them again, they're really good team, we have a lot of respect for them and we'll see them again."