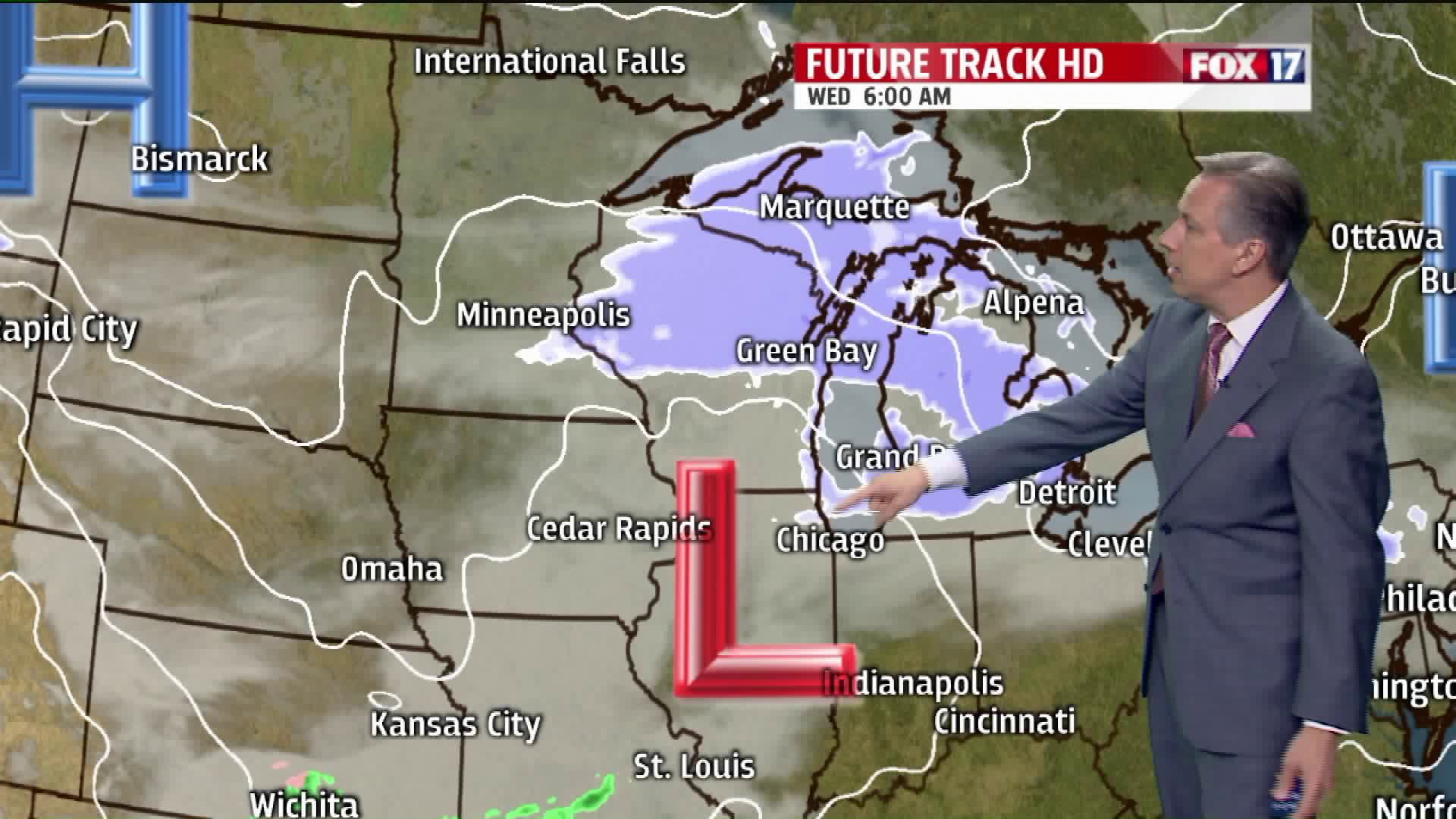 WEST MICHIGAN -- Just as we enjoy lighter winds and diminishing snowfall as our latest system (a major "bomb" cyclone ) moves east, we're watching yet another weather system that will bring the shovels back out of the garage by Wednesday morning. This next area of low pressure won't be anywhere near as strong in terms of minimum central pressure and associated wind speeds, but it will have more snow with it. Early on Wednesday morning, it will be taking shape in the mid Mississippi Valley to our southwest:

Snow will become increasingly likely late Tuesday night into early Wednesday morning as that low pulls warmer air over the top of the Arctic air that we now have in place at the surface. This will produce the lift in the atmosphere necessary to produce a steady area of snow.

The snow will begin just after sunset for parts of West Michigan, mainly west of US-131:

Later in the evening the snow will spread eastward, having the greatest impact over areas along and north of I-96:

Through the overnight hours and into the Wednesday morning commute time, this snow will spread southward:

Most of our models show between 2" and 4" for the greater Grand Rapids area, with more snow to the north and less to the south. This is what we're thinking will fall where you live at this point in time:

As you can see in the above image, less than an inch of snow is expected in southwestern portions of the FOX 17 viewing area.

The snow will be over with by the Wednesday afternoon drive home, so travel conditions will be much improved by then. But if you are travelling Wednesday morning, expect slippery roads with poor visibility.

We're also tracking another outbreak of bitterly cold air towards the end of the 7 day forecast. Stay tuned to FOX 17 for further updates!