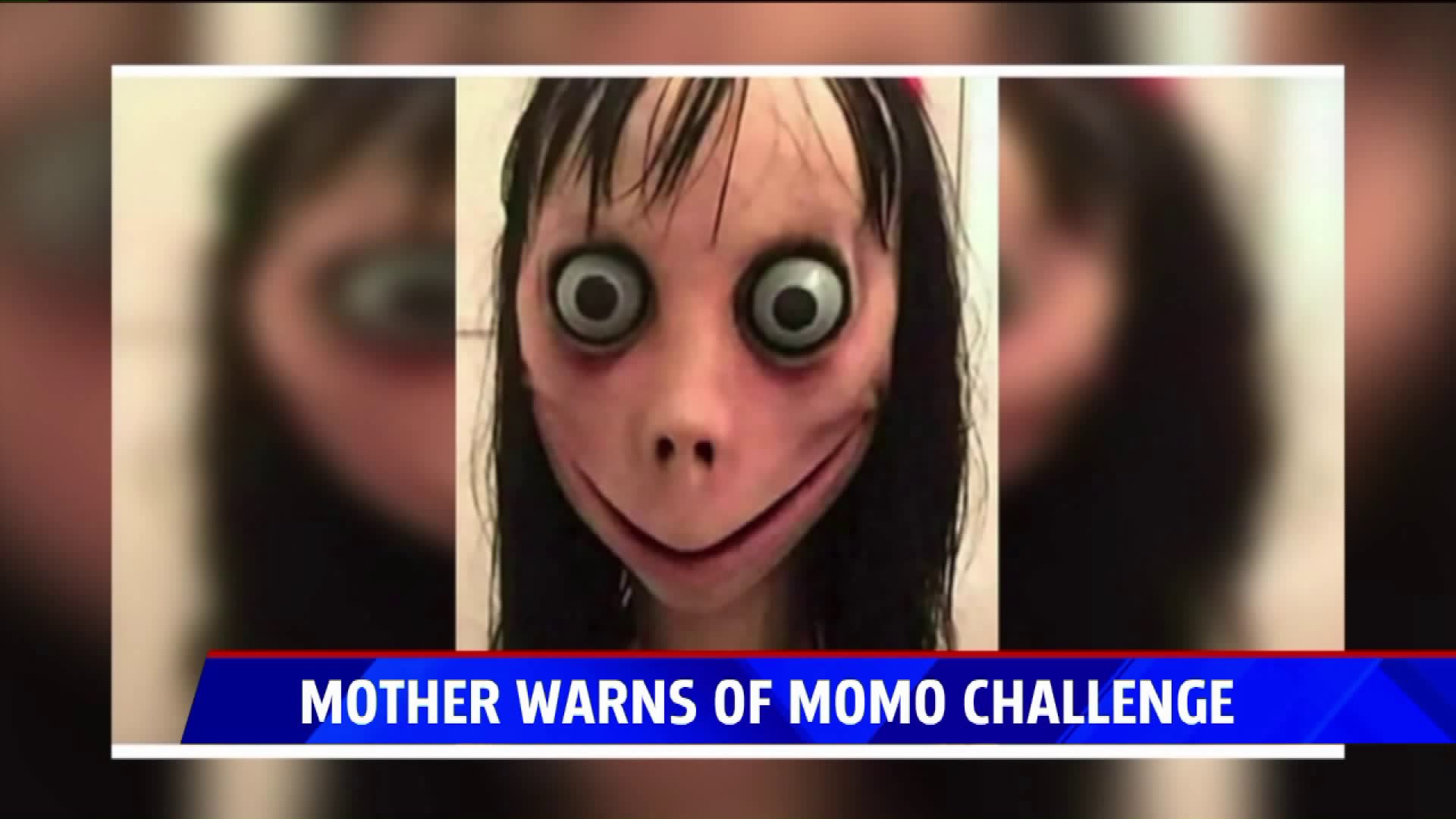 IONIA Mich. — A disturbing trend is causing concern for parents in West Michigan.

You may have seen warnings about the 'Momo Challenge' being shared on social media.

Experts want to emphasize, while the 'Momo Challenge' may be in the spotlight right now, parents should always be watching what their kids are doing on the internet.

The challenge can pop up almost anywhere from WhatsApp to videos on YouTube Kids.

There are reports of children as young as 6 years old encountering a creepy woman before she tells them to do a challenge. The challenges are simple at first, but can escalate to harming themselves or others, even committing suicide.

West Michigan mother of four Krista Arnold, said she first heard about the Momo Challenge when her 7-year-old daughter told her Momo challenged her to hurt her baby sister.

She spoke with her school counselor about the incident and her daughter never bought Momo up again. But now, she and others want parents to be aware of what damage this challenge can do.

Chris McKenna, founder of Protect Young Eyes, urges parents to prepare their children for what happens when they run into dark content.

"As parents, if we want our kids to be spending time in those places, we just have to make sure that they’re equipped to know what to do when they run into some of that dark, or unhealthy, or in this case, self-harm content," McKenna said.