Birthday wish comes true for teen, giving away over 500 blankets to homeless men and women 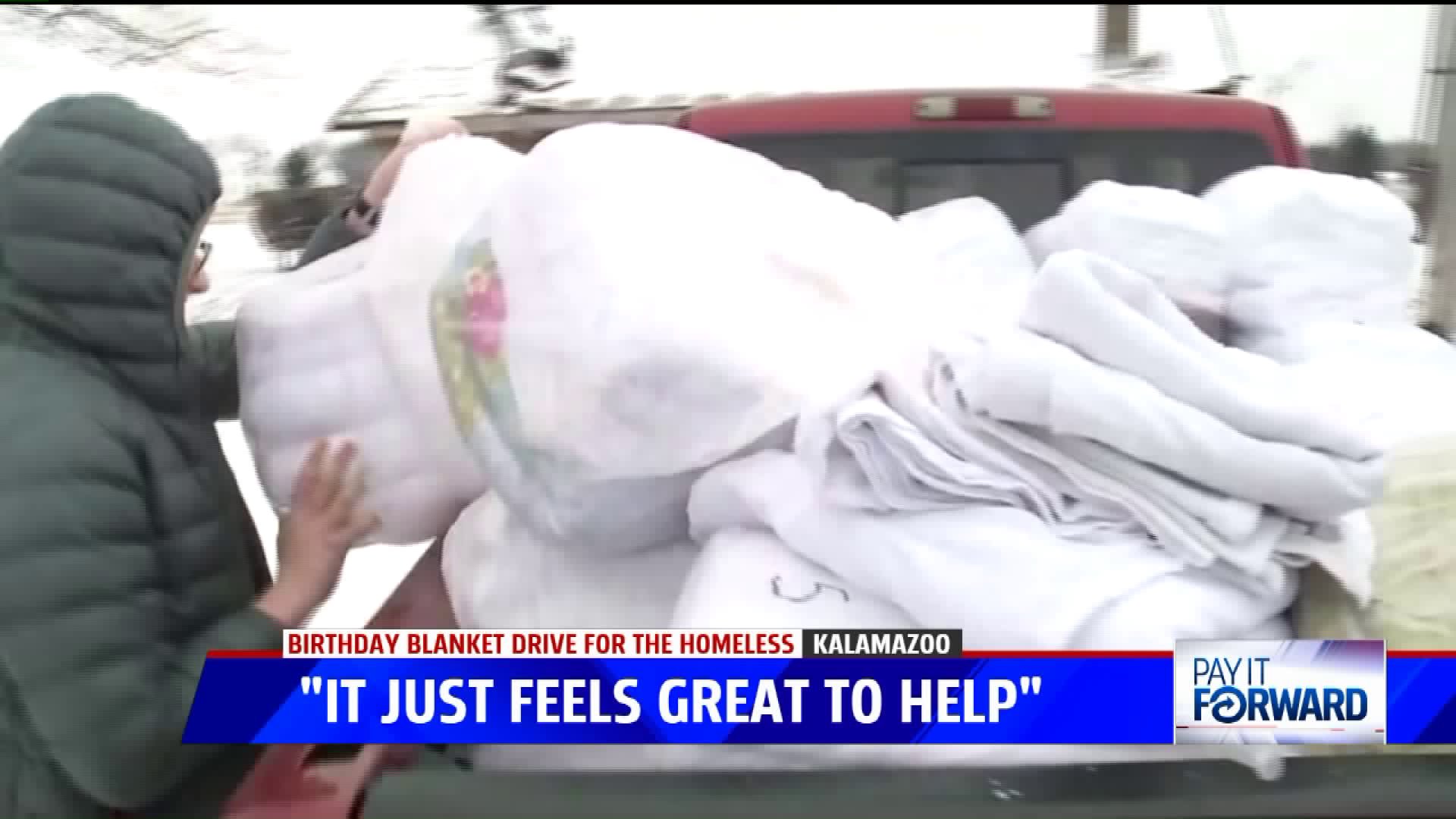 Samuel Verhage giving away 500 blankets for his birthday

KALAMAZOO, Mich. — When subzero temperatures hit the Kalamazoo area in early February, Samuel Verhage said his first thoughts were of the homeless men and women sleeping outside.

“I know there were a lot of people [who] were very cold,” said Samuel Verhage, founder of Samuel’s Blankets for the Homeless. “I decided just to start collecting blankets for my birthday that I can give them.”

Weeks ago, he told his mom Denise he wanted only one thing for his 13th birthday on February 27: 270 blankets. So they got the word out on social media and on Thursday,  he collected 543 blankets.

“It feels good to just help the homeless and give back to the community,” Samuel said during an interview at the Kalamazoo Gospel Mission.

Samuel, his mom and few others woke up early to deliver the blankets. They first stopped at the Deacon's Conference on Westnedge Avenue. Then it was off to The Mission were he met the president and CEO Rev. Michael Brown.

“Isn’t that awesome. His birthday, giving back,” said Rev. Brown. “Most people are trying to see what they’re going to get. Samuel he knows what he’s doing.”

Rev. Brown carried in a few loads of blankets with Samuel doing the same by his side. Other volunteers from the Mission helped unload dozens of blankets from Denise’s car and put them in the office.

“It’s not often that you see someone Samuel’s age who cares so much about other people that he devotes what, the last 4 years, going on 5 years, you know, bringing blankets down and supporting the homeless in our community,” Rev. Brown said.

Samuel also dropped off blankets at Ministry with Community on Edwards Street. He then headed to MLK Park on Rose Street to see if anyone wanted a free blanket.

For Samuel it was a "happy" birthday, he said. "Because I'm giving back to the community with blankets."