Developer: Studio Park project to be ‘nucleus’ of downtown area 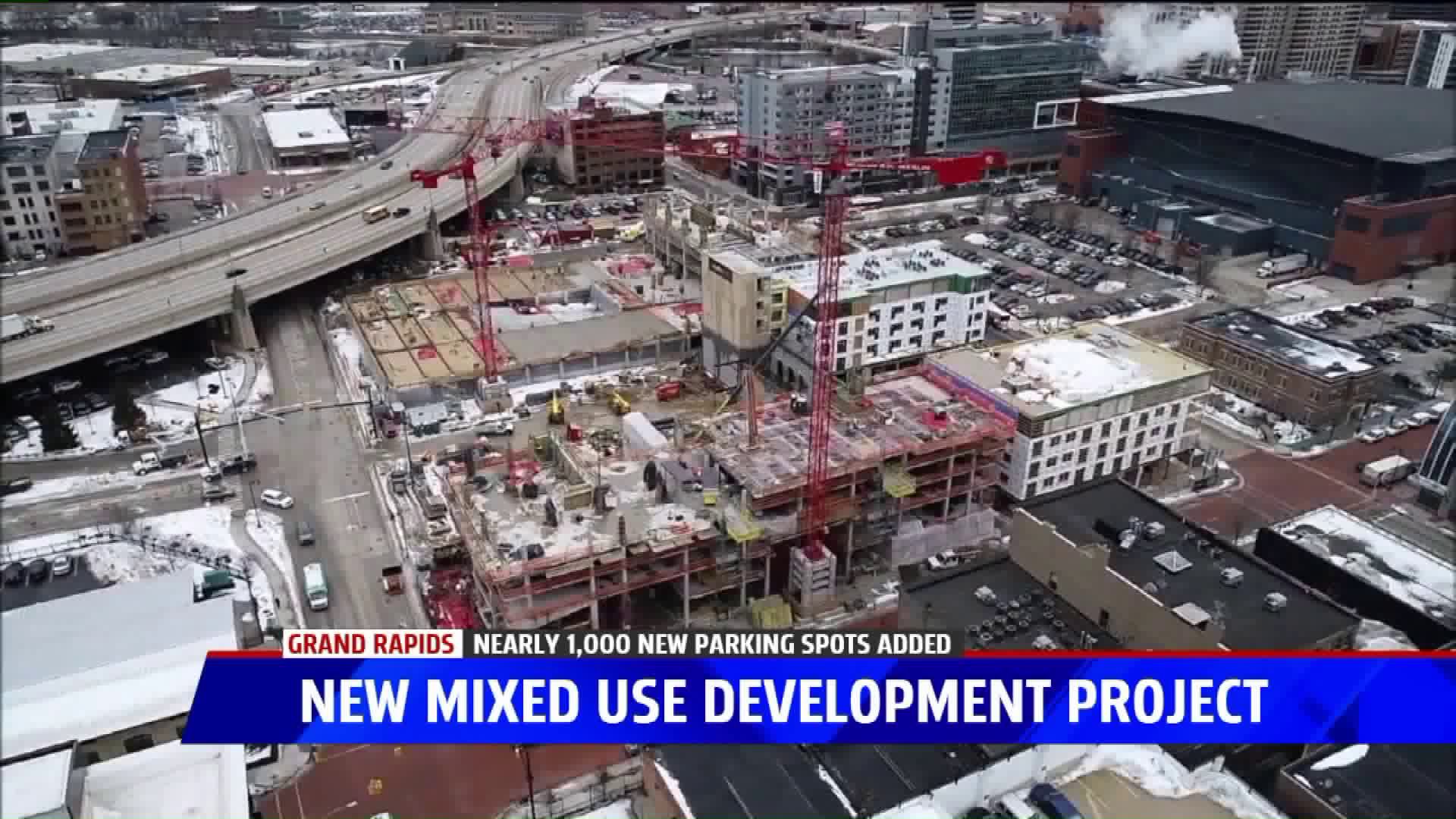 GRAND RAPIDS, Mich. — Construction on the Studio Park project in downtown Grand Rapids is moving along after crews laid the concrete on a parking structure that is bringing nearly 1,000 spaces to the downtown area.

The structure will have 935 spaces, in addition to housing, a movie theater, retail spaces and other attractions also planned at Studio Park.

Developer Jeff Olsen said the project’s central location is going to be an important part of the experience it will offer.

“It’s the nucleus of all the things that come together in that central location that gave us the confidence to do what we’re doing,” Olsen said.

He said a study determined project stakeholders wanted a significant project in the downtown area, and the city’s support helped developers get to work.

Retail spaces will be announced over the next couple months and construction is expected to wrap up in the fall.